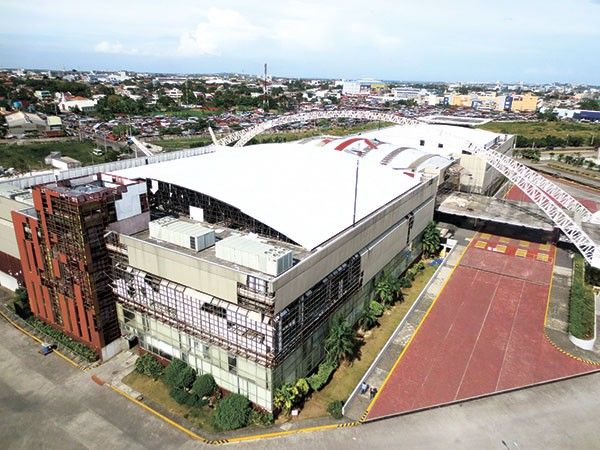 ON THE site of the Cebu International Convention Center (CICC) will rise a government center for the city of Mandaue.

Mayor Jonas Cortes told SunStar Cebu that would be their plan if the legality of the Cebu provincial government’s sale of the building to Mandaue City is finalized.

Cortes revealed this after a series of discussions with Governor Gwendolyn Garcia and other provincial officials in 2021, who he said took the initiative to finalize what he called the belated approval of the sale of the CICC.

“Pasalamat ko ni (I thank) Governor Gwen and provincial officials for this initiative, ang lakang nga ilang gihimo para makasugod na ta sa (the steps they have taken so that we can begin) to clean sa atong future government center “, he said, adding that they will start clearing next year once everything is ironed out.

Cortes noted that this is long overdue, as Mandaue is a heavily urbanized city and yet its government offices and departments are built in different locations, far apart from each other.

With this, the mayor said, they will have a one-stop shop to facilitate voter access to offices and departments for government transactions.

As for the fire victims temporarily housed on the CICC grounds, Cortes said the city plans to build a medium-sized public housing structure near areas where their homes were flattened by the fire.

Once they move to the future government center, Cortes said, the current Mandaue City Hall, commonly known as Mandaue Presidencia, will be used as a cultural heritage park since the structure itself is historic.

The mayor said the building will be turned into a museum and a library.

The parking lot will be transformed into a park, where people can relax and have fun.

The CICC was built in time for the 12th ASEAN Summit and the 2nd East Asia Summit in 2007.

John Eddu Ibañez, executive secretary of Cortes, told SunStar on Tuesday that the building was “unsafe” and “subject to demolition.”

Questions from the COA

In 2020, state auditors recommended that the current Capitol administration require those responsible for the transaction to explain why existing regulations, which required the conduct of a public tender and prior approval of the Audit Commission (COA), had not been complied with.

The circular states that real estate and improvements thereto by the local government unit “may be sold to other government or private entities under sealed bids, or by negotiation if a sealed bid has failed, as defined in the present, at a price to be determined by the Awards Committee.”

The circular also stipulates that the disposal of any property belonging to the local government is not only subject to the approval of the local Sanggunian, but also of the COA in the event that the disposal is by negotiation, regardless of the value of the property. property to be transferred.

On August 22, 2017, the Mandaue Provincial Council and City Council authorized Davide and Quisumbing, respectively, to enter into an agreement to mutually terminate the joint venture agreement and sale contract for the CICC.

But state auditors noted that the documents incorporating the terms of the agreement did not mention any failed bidding previously conducted by the two parties.

The Absolute Deed of Sale was signed on October 2, 2018 stating that the City of Mandaue holds absolute and unconditional ownership of the CICC.

“In doing so, however, the provincial government failed to obtain the COA’s required approval of the negotiated sale prior to the signing of the absolute deed of sale, allowing the reasonableness of the sale price to be considered. as well as the suitability and compliance of the sale with existing regulations has not been carried out,” the state auditors concluded.

2022-04-26
Previous Post: Four shortlisted to bid on Ecuador contract for new transmission system
Next Post: What to stream: So many shows trying to beat the Emmys deadline | Entertainment