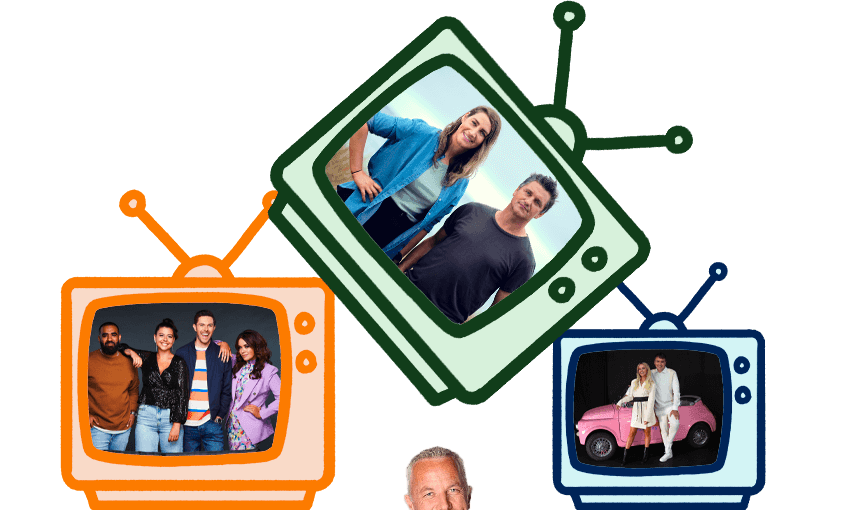 All New Zealand reality shows to look forward to in 2022

A huge wave of homegrown reality TV will hit our shores in 2022, bringing with it the revival of old favorites and the debut of all-new content. Masterchef NZ and Heartbreak Island are back, overseas hits Lego Masters and Snackmasters are getting the New Zealand treatment, and there are plenty of new shows to enjoy including TVNZ talent show 60 Seconds and The Ex-Best Thing, a new twist on a dating show.

It’s February already, so there’s no time to waste. Let’s dive into the long list of New Zealand reality shows we can look forward to in 2022.

“No introductions needed. No time to warm up. There are only moments to impress. And every beat counts!” reads TVNZ’s promo for this new talent show. Hosted by ZM’s Clint Roberts, the contestants have one minute to impress three celebrity scouts (Pax Assadi, Laura Daniel and Tegan Yorwarth), who are trying to handle the most entertaining variety act.The public votes for the winning performer, with a share of $200,000 to win.

Five ex-couples find new love partners on this dating show because no one knows you better than your ex. “Will our singles find a new match through their ex, or could they reignite an old flame?” Prepare yourself, this might get awkward.

Dai Henwood hosts the Kiwi version of the popular Lego Masters format, where teams of Lego fanatics use their skills and imaginations to create the craziest and most original creations. Thoughts and prayers for the brave staff member who has to put the 2.5 million bricks back into the Lego pit at the end of each episode.

Three’s new survival series sends eight teams on an adventure race through New Zealand’s most extreme and rugged terrain. Will they reach the evacuation zone before being caught by an elite team of trackers? It’s a game of cat and mouse in our most remote landscapes, so what could go wrong?

Based on the UK version, Snackmasters NZ is “a culinary challenge like no other”. Anyone who remembers Ready Steady Cook knows that’s a bold claim, but every week two celebrity chefs compete to create perfect replicas of one of New Zealand’s favorite snacks. Kim Crossman and Tom Sainsbury are the hosts.

“A group of sexy singles head to a tropical island getaway in search of love, or something, and a massive cash prize! But who will have the strategy to succeed in this competition? reads TVNZ’s mystery dating show, as yet untitled. Sounds like Love Island, could be Love Island, please let it be Love Island. Actor Shavaughn Ruakere is the host.

Happy days, the poo cave is back. TVNZ’s top-rated reality show returns with a new group of celebrity castaways battling it out on the beach to raise money for their chosen charities.

Last on our screens in 2015, the cooking competition that made Nadia Lim and Chelsea Winter famous is relaunched for 2022.

Dancing with the stars (3)

After two years of postponement due to Covid-19, let’s hope this is the third lucky time for this season of DWTS.

A cross between Love Island and The Krypton Factor, Heartbreak Island sees singles team up for a series of wacky challenges in hopes of avoiding elimination and finding love. Three promises this season will be “riskier with brighter challenges and tricky offsite twists”, and will air exclusively on ThreeNow.

The Emmy-winning series returns for a second season to find out which queen of Australasia has the most charisma, uniqueness, nerve and talent.

The tenth season of The Block sees the return of four teams from years past, who want to redeem themselves by making more money than last time around.

To follow The real capsule to Apple podcast, Spotify or your favorite podcast provider.

2022-02-20
Previous Post: “I resist this biased system”
Next Post: Ghana’s legal system must embrace IT as it approaches 150 years – US law professor