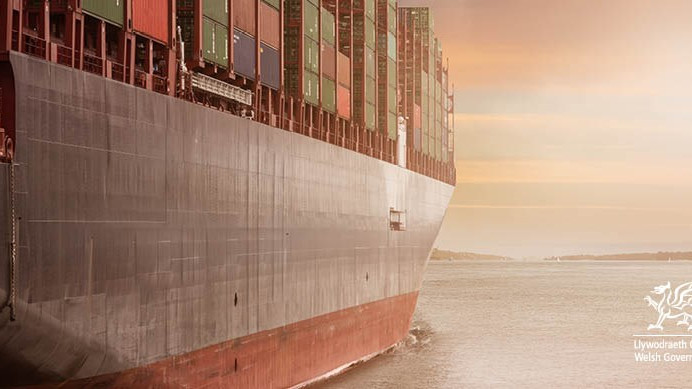 The administrator overseeing the sale of the former Orthios site in Anglesey has welcomed the joint announcement by the UK and Welsh governments to establish a Freeport in Wales.

Craig Ridgley of Voscap Ltd, the administrator of Orthios Eco Parks (Anglesey) Ltd and Orthios Power (Anglesey) Ltd, and agent Hilco Real Estate Advisory, which is acting on the sale of the Holyhead site previously operated by Anglesey Aluminum, welcomed the move.

As part of the UK Government’s plans to support the regeneration of communities across the country, £26million has been pledged for a proposed new Freeport for Wales.

Tenderers will need to show how they will create high quality employment opportunities, support the local economy and deliver on the Welsh and UK governments’ joint climate change commitments to reach Net Zero by 2050 .

The administrator said the announcement had sparked further interest in Orthios’ former site in Anglesey.

Craig Ridgley of Voscap has been appointed as the companies’ director and, together with agent Hilco Real Estate Advisory, is currently marketing the shares and assets of the company to obtain the best possible return for creditors. These are mainly real estate assets linked to the former trading site, including its existing infrastructure.

The administrator and agent have been in contact with Virginia Crosbie, MP for Ynys Môn as part of the ongoing commercialization process.

Craig Ridgley of Voscap said: “There has already been considerable interest in real estate, but given the announcement of Freeport’s potential status and the many strategic advantages of the site and current infrastructure, we can only imagine that this recent announcement will further increase interest in the bidding process open to interested parties.”

Virginia Crosbie added: “I am delighted that there has been interest in the site. The news that there will be a Freeport in Wales is certainly increasing investment interest in Anglesey.

“However, my job is to work with everyone on the island and across North Wales to advocate for the presence of the Freeport. It is a work in progress, but business support is extremely important. .”