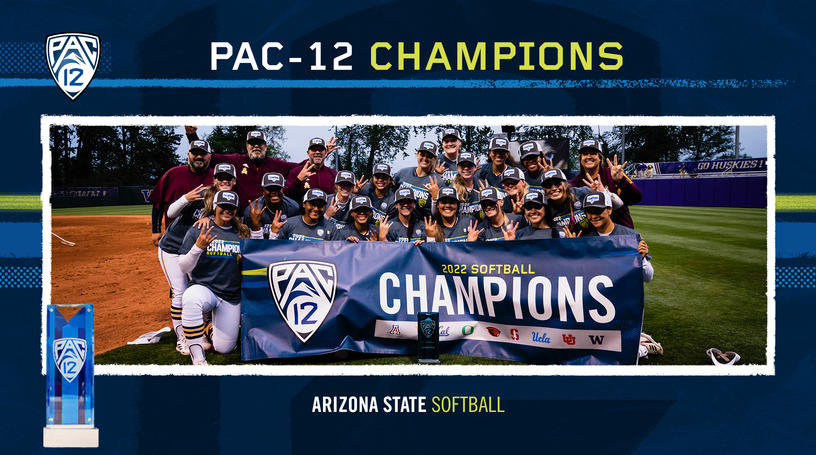 SAN FRANCISCO— The race for the 2022 Pac-12 Championship ended on the final day of the regular season as No. 10 Arizona State clinched this year’s title after earning the series-deciding victory over No. 8 Washington. (5-2) Sunday, May 14. As Pac-12 regular season champions, the Sun Devils will receive the Conference’s automatic offer for the 2022 NCAA Division I Softball Tournament.

The Pac-12 currently has four programs ranked in the top 25, No. 6 UCLA, No. 8 Washington, No. 10 Arizona State and No. 22 Oregon while Stanford and Oregon State receive votes.

2022-05-14
Previous Post: News from Queen Elizabeth II – Monarch show competitive team cheering on jockeys after making rare appearance at Horse Show
Next Post: Work is due to start this summer on the site of Cheltenham homes shrouded in tragic legend