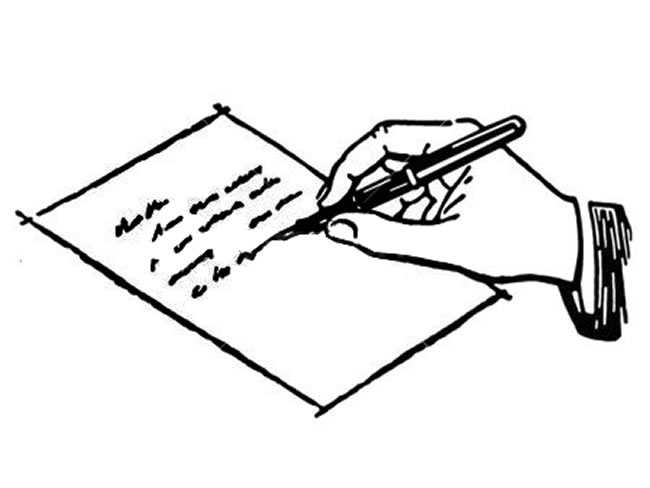 A friend recently posted on Facebook that his five-year-old son asked him what ASUU meant and he mischievously replied that it was the name of a festival held in Nigeria every five years!

Who in all fairness would blame my friend for his spurious misinformation to his son since we all know that the strikes by university professors in Nigeria, who operate under the name – Academic Staff Union of Universities (ASUU) – are really a five-year deal!

It is actually a relay race featuring the ASUU, non-university senior workers, their junior counterparts as well as anything – and everything – that goes by the name of labor unions, not only in Nigerian universities , but also in polytechnics and colleges of education.

The sad reality is that Nigeria has yet to define what it wants from education and how it hopes to achieve its goal in this sector. A few years ago, ASUU published pictorial reports of how decrepit college campuses had become. What was seen broke the hearts of many: dilapidated chairs and tables, bookcases with dated books, non-existent reagents in laboratories, accommodation facilities that would be declared unsuitable for prisoners. It was, indeed, a story of misfortunes.

The ASUU has for many years been in the trenches against governments, both military and civilian, to draw attention to the discouraging environment in which they work and the low salaries of its members, both of which have led to the brain drain. But it seems that the more the government gives, the less it is able to meet teachers’ demands. In other words, government intervention is never enough and may never be enough. So why not think about going out?

The professors’ weapon of choice so far seems to be strikes, long and debilitating strikes, after which each government accedes to their demands and makes deals that will mostly be violated by the government, and the professors will engage in another round of strikes three or four years later, most certainly within the five years that my friend told his five year old. Quite poetic.

This sad cycle must not continue. So what do we do? Federal and state governments should refrain from running universities. Simple. Minister of State for Labour, former activist Festus Keyamo SAN drew the ire of many during his recent TV interview when he said the government could not meet ASUU’s financial demands. According to him, the financial implication of the request from university teachers is an injection of about 1.2 trillion naira into university education, a sum which he believes the government cannot afford, given current fiscal realities and government commitments to other sectors of the economy. . The ASUU disputed this figure, but the indisputable truth is that the union wants more wages for its members and a better working environment, which boils down to more government spending.

May I suggest that Nigeria pause and look at how other countries have achieved industrial harmony in the education sector without compromising on standards? The closest country to learn from is colonial Britain, from which Nigeria borrowed formal education.

How is education funded in the UK? Does the British government pay the lecturers’ salaries? finances the purchase of books in libraries, from Cambridge to Manchester, from Preston to London; desks and tables in classrooms, and hostels for students at ridiculous tuition fees like in Nigeria? Nope! The UK government only provides student grants and loans, repayable by recipients under a long-term, borrower-friendly scheme. Each university then earns money to operate through endowments and tuition fees, especially from foreign students. The British system is not remarkably different in many other parts of the developed world, even in places where university education is free. There is no free lunch anywhere, someone pays for it somewhere. Even in Germany and Finland where education is free up to university level, various shades of social insurance schemes are instituted to put funding in the hands of citizens.

What is currently working in Nigeria is a bottle system where the child who cries the loudest gets the most attention. ASUU’s struggle, however noble, is only to join Members of the National Assembly and other levels of government in screaming for more from the National Fellowship.

Of course, who would blame college professors when they see that a college professor’s monthly salary in Nigeria is probably what politicians smack on their many girlfriends after a night out. They have also observed how the self-proclaimed government spends mindlessly on frivolities. Thus, ASUU members feel entitled to their share of the so-called national pie.

So they scream and turn their backs on the classes until the government is blackmailed into acceding to their demands.

As a friend once quoted a northern public officer under whom he worked as a member of the youth corps, when my friend expressed concern that government money was wasted: akoi kudi manna; akoi kudi falafala, that is to say: there is money, a lot (in the government purse), said the public officer to my friend.

Once the current demands of ASUU are met, it will be a miracle if the Association of Senior Staff of Nigerian Universities (SSANU) does not start its own, followed by the Non-Academic Staff Union (NASU), the counterpart SSANU Junior! University education in Nigeria is in jeopardy if the government continues to run university education, as all sectors are geared towards oil revenues.

Yet, as the 19th century Native American leader, Chief Seattle, attributes, “We do not inherit the land from our ancestors. We borrow it from our children.

Oil revenues are not a gift from our ancestors, but a trust in our hands for our children. They are not meant to be depleted – or even touched – by our generation but invested in long-yielding investments for future generations.

Unfortunately, the 1999 Constitution – that discredited document, again! – provides for federal and state governments to meet monthly to share proceeds from oil sales. Recipients then return to their state and federal offices on a spending spree, buying exotic vehicles for officials, traditional rulers, tossing cash gifts to neighboring countries and other antics. It is from these oil revenues that civil servants are paid, and university professors demand more salaries. There is no idea how each government agency can be self-sufficient and contribute to the national stock market. There is no thought for tomorrow, it will take care of itself.

UK universities hold two academic sessions a year with the creative aim of increasing income. Their Nigerian counterparts are denying admission to students and telling applicants to reapply next year! This is because their salaries are not paid from tuition fees and other income from universities, but from a government fee. Middle-class Nigerians who, seeing that their children’s dreams of becoming doctors would be truncated by the Nigerian system, fought back and sent their wards to countries of the former Soviet bloc. They pay between $4,000 and $7,000 a year, not including accommodation and living expenses. The wealthy send their children to schools in the US, UK and Canada where tuition starts at around $25,000. With the outbreak of the war between Russia and Ukraine, countries like Poland, Romania and Georgia opened their doors to foreign students fleeing Ukraine to transfer to their country. What are Nigerian Universities doing? Nothing! They will prefer students who were already in third, fourth and fifth grades to go home and sit everywhere for the UTME! The only possible reason for this attitude is that Nigerian universities are dependent on the government for funding and do not think of any creative way to increase their income.

Oluyinka Olujimi, a former newspaper editor, contributed to this article via, [email protected]

YOU SHOULD NOT MISS THESE TITLES FROM NIGERIAN TRIBUNE

ASUU members will not be paid for strike period – FG

THE federal government insisted on Thursday that it would not grant a request by the Academic Staff Union of Universities (ASUU) for their members to receive back wages withheld during the ongoing strike, saying it was supposed to be the punishment for their useless action….

What happened during the meeting of Obasanjo, Tinubu — Gbajabiamila

THE SPEAKER of the House of Representatives, the Honorable Femi Gbajabiamila, said that based on what happened during the meeting between former Speaker Olusegun Obasanjo and the presidential candidate of the All Progressives Congress (APC) , Senator Bola Tinubu, Tinubu’s victory is assured in 2023…..

2022-08-20
Previous Post: The iconic Ellora Caves will soon become the first heritage site in India to install hydraulic lifts
Next Post: Tyler, the creator presents another legendary watch from his collection