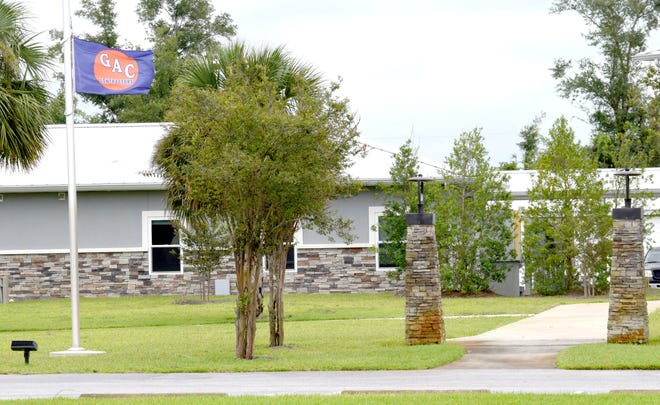 That’s what the operations manager of Crowder Gulf — a debris removal company that worked on cleanup operations after Hurricane Michael in October 2018 — says about Bay County.

Crowder Gulf has worked on similar projects after Hurricane Sandy in New Jersey and Hurricane Katrina in New Orleans and other disasters over the years.

“Bay County was more corrupt than any of those places,” he told the FBI.

More fees:Lynn Haven mayor and city attorney are each charged with more than 60 federal crimes

When a team of FBI agents led by Lawrence Borghini broke into GAC Contractors headquarters in Panama City on August 5, 2021, they were looking for evidence detailing massive corruption throughout Bay County, according to an unsealed FBI affidavit. Monday.

Bense has served as the managing partner of GAC Contractors, alongside Derwin White, since 1996. Currently, he is listed by the Florida Division of Corporations as the company’s president.

Gainer is a state senator who, after being elected in 2016, started a business with the now deceased White. According to the search warrant request, when Gainer purchased a condominium in Tallahassee to use as a legislator, GAC remodeled the unit at no cost and, after Hurricane Michael, removed debris from Gainer’s yard and provided a generator for his house.

The FBI document appears to extend the alleged Bay County corruption scandal in the aftermath of Hurricane Michael beyond Lynn Haven. Since 2019, five Lynn Haven city officials and four businessmen have been charged with federal crimes related to the theft of federal disaster funds.

The 45-page document alleges that GAC and CEO White defrauded Bay County, other local municipalities and Bay District schools out of “millions of dollars.”

No criminal charges have been filed to date.

Incredibly, this isn’t our first corruption rodeo. Monday’s bombshell follows the scandal that rocked Bay County in 2019 and is still playing out.

In the aftermath of Hurricane Michael, Michael White and Horton received kickbacks from David White, Rodriguez and Anderson for falsifying invoices for hurricane debris removal and landscaping work which have never been done. Federal agents said the five profited more than $5 million from their illegal efforts.

All five eventually pleaded guilty. They are expected to be sentenced on September 15.

But that first indictment was just the tip of the iceberg.

The original indictment alleges that the four worked together “to ensure that contracts for numerous multi-million dollar infrastructure and construction projects and debris cleanup activities after Hurricane Michael were awarded to Finch”.

In return, he said, Finch gave Anderson and Barnes money and gifts, and bribes to Albritton.

Albritton and Barnes pleaded guilty in the case. Albritton is due to be sentenced on January 12, 2023. Barnes’ sentencing will follow the next day.

The trials of Anderson and Finch, the only two defendants who did not plead guilty, continued on several occasions. The two are now due to stand trial on November 28.

Bay County Commissioner Keith Baker has also been ensnared in the corruption probe. He was arrested on June 23, 2020, by Bay County Sheriff’s Office deputies and charged with fraud, tampering with offers, and workers’ compensation fraud.

Baker is due to stand trial on October 24.

After Baker’s arrest, Glenn Hess, then a state’s attorney for the 14th Judicial Circuit, said corruption in Bay County was not a new problem.

“There has long been an undercurrent of corruption in Bay County,” Hess said. “The winds from Hurricane Michael laid it out, so it can be seen.”

Mr. Hess, I wish you were wrong. But you are not. Clearly we have a corruption problem in Bay County.

Seven people have already pleaded guilty and two trials are yet to follow. Monday’s revelation could lead to additional charges and more years of legal wrangling.

Let’s be clear, corruption must be eradicated. It undermines trust in our leaders and tarnishes the reputation of those who are honest and good. It robs us all and enriches those who have only earned a prison sentence.

Who in Bay County would have thought we could compete with New Jersey or New Orleans when it comes to corruption? For my part, I am shocked and ashamed. And more and more angry!

Kicking us while we’re down and fighting for the survival of our communities after a historic Category 5 hurricane? You won’t get any sympathy from me.

I call for the seizure of all ill-gotten gains of those found guilty and for maximum prison sentences.

Let the chips fall where they can.

Ray Glenn is content coach and engagement editor at the Panama City News Herald. You can reach him at [email protected]

Email your letters to the editor to [email protected] They must be 275 words or less and be your original opinion. Do not submit forwarded or third party letters. Letters may be edited for clarity. Include your name, address and phone number for verification. Guest column proposals should be sent to [email protected]