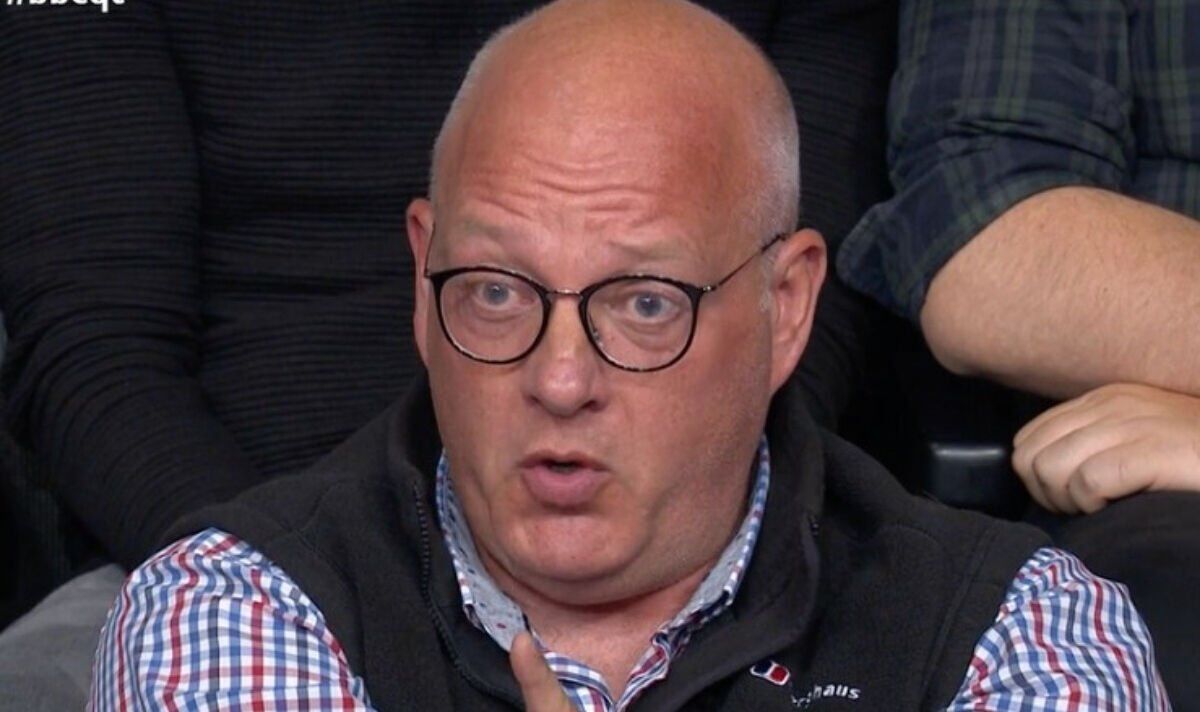 Passionate panelists and spirited spectators quickly turned their attention to the issue of Scottish independence after the question of whether an independence referendum will take place in 2023 was raised.

After the politicians and other panelists set out their positions, an audience member said: “You asked the question if there will be a referendum in 2023, in my opinion there probably will be, [but] I hope there isn’t.

He added: “I’ll tell you why there shouldn’t be.

“A, no means no, we have already debated that.

“But secondly, I think we all agree that we want the best for Scotland in this room.

JUST IN: Blow for Sturgeon! Scots turn against independence as more than half reject IndyRef2

“Do we really want a society divided in two?

The audience member went on to say that if there was overwhelming support for an independence referendum, he might support the decision.

Her comments come just days after Ms Sturgeon announced she would seek to hold a second referendum on Scottish independence on October 23 next year.

The poll would come less than a decade after Scots decided to stay in the 315-year-old Union by 55% to 45%.

Although she described the 2014 referendum as a ‘unique opportunity’ for separatists, Ms Sturgeon told MSPs: ‘The UK and Scottish Government should sit down together, responsibly agree a process, including an order under section 30, which allows the people of Scotland to decide.”

Ms Sturgeon also revealed that the SNP will contest the next general election on an explicitly IndyRef2 platform if the Supreme Court decides Holyrood does not have the power to hold an independence referendum.

However, a YouGov opinion poll on Thursday found that just 34% of Scots believe a referendum should be held in October 2023.

Other members of the public were also furious with the debate.

A man said, “Surely this is not the time?

“Financially, as a country, we are in great difficulty.

“You’re going to spend countless millions on a referendum that may or may not happen.”

But other members of the public have expressed support for Ms Sturgeon’s plan to hold a poll in 2023.

One gentleman pointed out that the pro-independence MSPs of the SNP and the Green Party hold the majority of seats in Holyrood.

Another audience member claimed her English husband would now vote for Scotland to sever ties with Britain after Brexit and after allegations that Boris Johnson was ‘pushing’ the UK government to the right.

Ms Bruce will return to TV screens next Thursday when the BBC host joins panelists and members of the public in Barnsley, South Yorkshire.