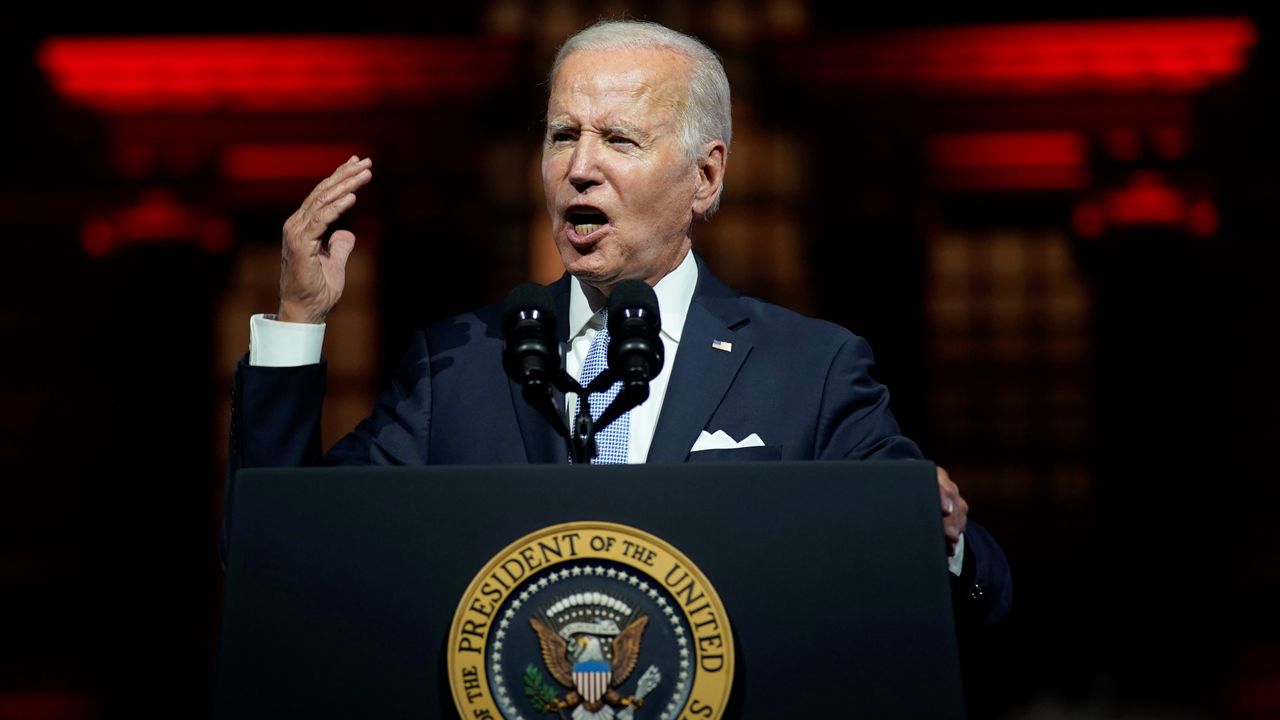 The Biden administration is engaged in all-out economic warfare against China, aimed not only at curbing trade, but more importantly at blocking China’s ability to advance in key high-tech areas and compete with the United States.

Last month, Biden took the unprecedented step of banning the sale of the most advanced semiconductors to China, along with the equipment needed to manufacture them. US citizens are also prohibited from working for Chinese computer chip makers.

While the United States has imposed bans in the name of “national defense,” semiconductors are essential not just for military applications, but for virtually every aspect of modern society, from electronics and transportation to design and production of all kinds of goods. .

The dependence of China, the world’s largest manufacturer, on semiconductors is evidenced by the fact that it spends more on imported computer chips than on oil and gas. In 2021, China imported a record $414 billion worth of computer chips, more than 16% of the value of its total imports.

While the US bans do not apply to the sale of all semiconductors to China, the embargoes apply to the latest generations of computer chips crucial to technology fields, such as artificial intelligence, supercomputing and automation. Washington is deliberately seeking to undermine China’s ambitious “Made in China 2025” plans to quickly become a global leader in a range of high-tech industries, including artificial intelligence, 5G wireless and quantum computing.

Biden’s escalating economic war against Beijing is part and parcel of US preparations for military conflict with China. Even as the United States and its NATO allies recklessly wage war against Russia in Ukraine, the recently released United States National Security Strategy identifies China as “the only competitor with both intent and, increasingly, the ability to reshape the international order”.

The dangers of Biden’s semiconductor ban in China have been virtually hidden from the working class in the United States and around the world. Yet in economic and policy circles the immense implications are well understood. One October 19 FinancialTimes Edward Luce’s article, titled “Containing China is Biden’s Explicit Goal,” sounded the following alarm: “Imagine a superpower declaring war on a great power and no one noticing. . Joe Biden launched a full-scale economic war on China this month — virtually committing the United States to halt its rise — and for the most part Americans have been unresponsive.

“Of course, there is the war of Russia against Ukraine and inflation at home which preoccupy attention. But history will likely record Biden’s decision as the moment the US-China rivalry came out of the closet.

Additionally, last week, a senior Biden administration official indicated that the United States was preparing new bans on China in key high-tech areas. Speaking at the Center for a New American Security, Alan Estevez, Commerce Undersecretary for Industry and Security, was asked about the US ban on access to quantum information science , biotechnology, artificial intelligence software or advanced algorithms. Estevez admitted it was already being actively discussed. “Are we going to end up doing something in these areas? If I was a bettor, I would put money on it,” he said.

The repercussions of Biden’s actions, not just for China, but for American businesses and the global economy, have yet to emerge. However, just as the US-NATO war against Russia has severely disrupted global supply chains and is a major factor in rapidly rising inflation, the US semiconductor ban against China is likely to be disruptive, in fact even more so.

According to CNN, Dutch semiconductor equipment supplier ASM International (ASMI) said last week that it expected US bans to affect more than 40% of its sales to China. China accounted for 16% of its total equipment sales in the first nine months of the year.

US firm Lam Research, which also sells semiconductor equipment and services, has predicted it could lose between $2 billion and $2.5 billion in annual revenue in 2023 due to US export bans.

As for the most advanced chips, ASMI is the only manufacturer of the necessary equipment and the Taiwan Semiconductor Manufacturing Company (TSMC) produces 91% of the world’s supplies, with Samsung and Intel having poor seconds.

TSMC’s dominant role in global chip manufacturing underscores the recklessness of America’s growing confrontation with China. While accusing China of preparing to invade Taiwan, the Biden administration deliberately provokes Beijing by strengthening ties with Taipei and undermining the one-China policy, under which the United States de facto recognizes Beijing as the legitimate government of all of China, including Taiwan.

At the same time that it pushes China to take military measures, Washington arms Taiwan to the teeth to turn the island into a quagmire for the Chinese army.

The Biden administration is acutely aware that any war against Taiwan would have a disastrous impact on global semiconductor supply chains. It is lobbying TSMC to move significant sections of its manufacturing to the United States. While TSMC has started building a factory in Arizona, it has refused to relocate its main manufacturing facilities and is in the process of building a huge new factory in Taiwan.

In a clear sign that the United States is preparing for war with China, the Biden administration is pushing to create domestic chipmaking capability through legislation known as the “CHIPS and Science Act” that would allocate $280 billion over five years to the American semi-American. driver industry and scientific research.

The funds needed to build a self-sufficient American industry are likely to be much greater. A report released last year by the Semiconductor Industry Association and the Boston Consulting Group, titled “Strengthening the Global Semiconductor Supply Chain in Uncertain Times,” pointed out that all countries depend on a integrated global supply and that semiconductors are the fourth most traded commodity after crude oil, refined oil and cars.

The report estimated the initial cost of building “self-sufficient” local supply chains in the United States at $350 billion to $420 billion, just to meet 2019 demand, followed by significant ongoing costs. As quoted in a FinancialTimes article,” Edlyn Levine, chief scientific officer of America’s Frontier Fund, said it was “a fantasy” to think that the United States could completely decouple from TSMC. “The idea…is not technically feasible,” he said.

Yet as it prepares for war with China, the United States is driven to spend huge sums in an attempt to establish vital domestic industries for the military and impose new economic burdens on the class. factory Girl. Already at war with a nuclear-armed power, US imperialism, in a desperate attempt to consolidate its global dominance, is recklessly pursuing a strategy of diplomatic, economic and military confrontation with nuclear-armed China that could lead to a catastrophic global conflict.

Luce concluded her FinancialTimes article quoted above stating, “Will Biden’s bet work? I don’t relish the prospect of finding out. For better or for worse, the world just changed with a groan and not a bang. Let’s hope it stays that way. »

In reality, Biden’s semiconductor bans are another giant leap in accelerating US war preparations that will inevitably end in a ‘bang’ if the international working class does not end the ailing profit system. and in crisis which gives rise to war. It is the significance of the campaign of the International Committee of the Fourth International to unify workers internationally on a socialist perspective to do just that.