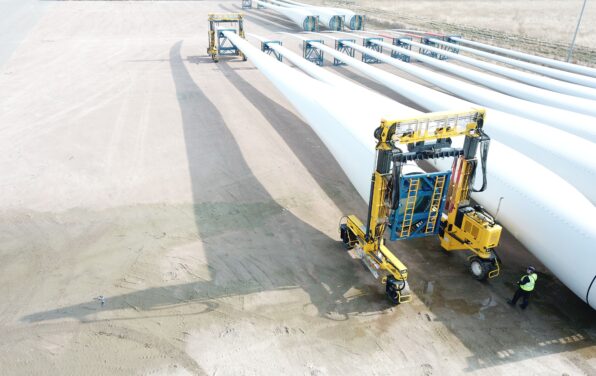 the Nordex Group has informed staff at the Rostock GVZ rotor blade site in Germany that it plans to stop rotor blade manufacturing at this site at the end of June 2022. A reconciliation of interests and a departure plan must be negotiated with the works council in the short term in order to make the planned downsizing socially acceptable. About 600 out of a total of 8,600 employees worldwide would be affected at the GVZ. In Germany, the Nordex Group employs around 3,150 people.

The increasingly difficult market environment and strong competition as well as a change in demand require an adaptation of Nordex Group’s global production and supply processes.

Since the introduction of the auction system in most energy markets, the industry as a whole has been characterized by increasing price competition. Power producers who submit the lowest bids are awarded the contract and then pass the price pressure on to the turbine manufacturers. They must in turn reduce their production costs to remain competitive. The cost of wind power generation has halved over the past five years; this development had a negative effect on the profitability of manufacturers.

In this context, the blade production in Rostock is, despite the cost reduction measures already implemented, not competitive within the global production network of the Nordex Group and the global project activity. In addition, the Rostock plant manufactures blades for turbines with a maximum diameter of 149 meters. The worldwide trend has developed towards more efficient turbines with even longer rotor blades. Therefore, the demand for blades that can be manufactured in Rostock will continue to decline.

“The wind industry operates in a highly competitive global market that is primarily cost driven,” says José Luis Blanco, CEO of Nordex Group. “Against this backdrop, we need to optimize our global production and supply processes to ensure cost-effective production and to ensure the competitiveness of the Nordex Group. As a German and European company, we particularly regret that we see no alternative to this painful measure. We need an industrial policy that aims for a sustainable and comprehensive way to decarbonize and foster supply chain independence.

In addition to the production of rotor blades, Rostock is also home to a production site for nacelles, hubs and powertrains (DMR) as well as engineering and service organization personnel. These employees are not affected.