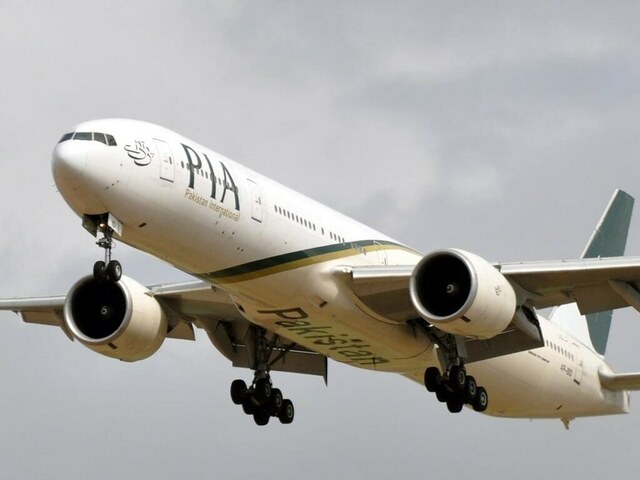 Chitral air crash could have been avoided, report says – Pakistan

ISLAMABAD: The Chitral air crash in which 48 people lost their lives, including Junaid Jamshed and his wife, could have been avoided if Pakistan International Airlines (PIA) staff had reported the plane failures in time.

All 48 people on board lost their lives when the PIA plane carrying 42 passengers and six crew members, en route from Chitral to Islamabad, crashed on December 7, 2016 near Havelian in Abbottabad district.

During the special audit of the engineering and maintenance department of PIA for the years 2014 to 2017, it was noted that the airline had purchased four PW127 engines in 2015 from Pratt & Whitney, Canada. The aircraft, AP-BHO (ATR) with engine PW127, was damaged during a landing in Lahore on May 30, 2009.

Its engine failed in 2014. This plane crashed on December 7, 2016 while flying from Chitral to Islamabad. At the time of the accident, he had logged more than 18,700 flight hours.

In addition, the CAA report implied that with engine health monitoring being the primary data on the premature failure of the PW127 engines, the PIA had 20 in-flight shutdown incidents due to turbine blade failure. at high pressure.

In addition, turbine failures, a number of engines failed due to bearing failure, high EGT (exhaust gas temperature), compressor surge, seizure of the wheels, breakage of the spine shaft of the accessory gearbox, etc.

The total number of cases of engine removals was 90 and most of the cases are attributed to all installed engines, internal conditions of ATR engines by tune-up inspections were also not carried out appropriately by PIAC’s specialized staff.

The audit required a record of the maintenance schedule and maintenance history of ATR aircraft and their engines with financial impact which was not produced for review.

“The audit is of the opinion that the PIA engines and ATR aircraft crashed due to inadequate ATR aircraft maintenance, quality assurance and airworthiness management system – reflecting the weak internal controls,” the audit said.

Later, the matter was reported to the management on August 20, 2018. In its response, the management stated that in accordance with Pakistani Civil Aviation requirements, engine data was sent to PWC for review and analysis. The PWC clears all engines.

However, the audit observed that the response was not defensible as it did not provide details of the maintenance schedule and actual maintenance carried out by the ATRs in the PIAC fleet nor did it support its response with documentary evidence.

The report further states that the Principal Accountant/Secretary of Islamabad Aviation Division was invited to hold a Department Accounts Committee (DAC) meeting for finalization of audit report after incorporation of item from management’s perspective, but the DAC was not convened by the PAO until the report was finalized.

Documents have further reported irregular expenditure for the repair of aircraft engines without tender which caused $126.8 million equivalent to Rs 12,681.53 million in irregularities.

The management incurred expenditure of about Rs 12 billion for the repair of 23 aircraft engines of different brands without launching an open tender in violation of the rules of PPRA, 2004. In addition, one of the engines was beyond economical repair and was sent overseas for repair without any coordination, resulting in unnecessary expense for its transportation and royalty payments.

Another reported irregularity of $5.556 million on four engine exchange expenses. The audit observed that management entered into a trade-in agreement and purchased four engines in exchange for PIA’s base engines from M/s Pratt & Whitney Canada (P&W) with a financial impact of $5.556 million without appeal. open bids, thus violating the rules of the PPRA, 2004.

The audit also observed that seven engines were sent overseas for repair during 2017, but were not recovered within the usual engine repair time of three months, showing poor exploitation and poor financial management.

Additionally, the audit also noted that the PIA purchased Automatic Test Equipment Complex (ATEC) 5000 on July 13, 2007 for the Test Program Set (TPS) along with the items needed to test the line replaceable unit (LRU). The machine was installed in 2015 and it has been idle since 2016 resulting in non-use of the machine amounting to USD 1.628 million equivalent to Rs 162.8 million.

Similarly, two engines were repaired at a cost of USD 3.9 equivalent to Rs 39.3 million which were later declared surplus/obsolete.

It was also observed that some stocks worth Rs 6.743 million expired without any use. Expired stock items were to be scrapped after write-off approval, which was also not done.

It was also noticed that the management of PIA failed to recover damages of Rs 28 million due to a long delay in the receipt of various aircraft engines sent overseas for repair.

The asset inventory of PIAC states that it has various aircraft parts amounting to Rs 5,360.20 million which are still unused in the warehouse, despite the fact that the aircraft were written off in 2005- 2016.

The audit observed that PIAC did not carry out periodic inspection and as a result there is improper asset management.

During a special audit of the engineering and maintenance department of PIA, it was found that the management of PIA had not carried out any physical verification of the stores. Its inventory management is inadequate because the management does not use a method of identifying products with a bar code. It was further observed that the existing PIA software, PIA Online Store System (POSS) has not been improved and upgraded for a long time. In addition, there is no optimal use of the services of a large number of employees of the IT department.

The audit found that the PIA has not carried out periodic inspections and therefore there is an excessive store balance beyond the prescribed maximum period. Additionally, management did not make optimal use of inventory management software and IT professionals to reduce inventory holding costs, retrieve spare parts information – indicating poor management of poor inventory and poor internal controls within the organization.

While speaking to this correspondent on the special audit, PIA spokesperson Abdullah Khan said that on the Para commercial audit on the plane crash, it is the mandate of the Air Craft Accident Investigations Board or the AAIB to investigate and report on the causes of the accident accident as only they have the expertise required to do so. They have already published their report. It has now been widely recognized that the event leading up to the accident was a chain of unfortunate events that followed one another and there are no previously reported such events which could have led to the development of contingencies or procedures that could have enabled the crew to avoid the event.

When sending engines overseas for overhaul and allocated losses, it is the prerogative of the engine lessor to choose the MRO facility to do so.

Delays may occur as PIA is a cash-strapped business and payments must be prioritized based on critical points and most urgent operational needs. Sometimes aircraft are grounded for long maintenance and engine overhaul may coincide with this or aircraft may be fitted with new or leased engines, until overhauled ones are collected.