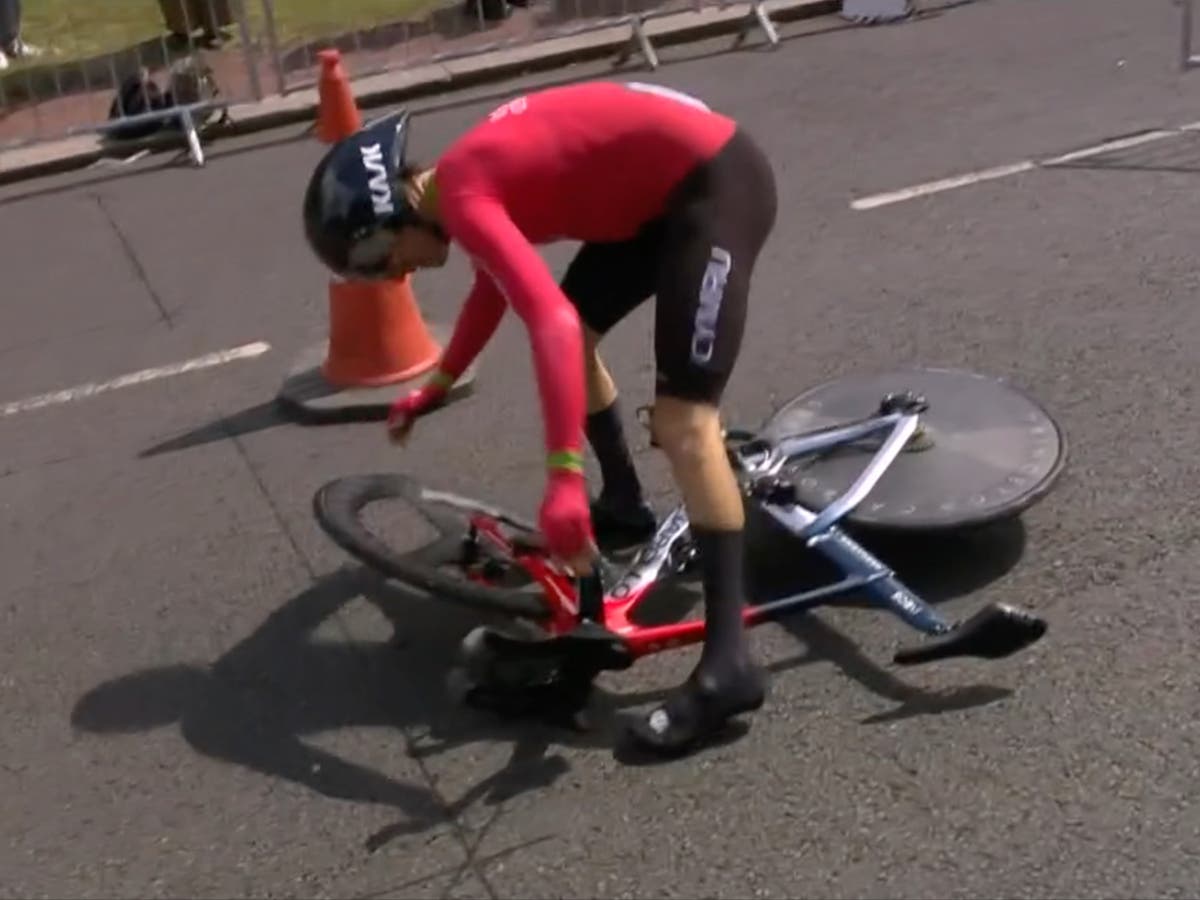 Later England’s Jack Laugher will bid for a third consecutive 1m springboard crown, and there’s a huge day of powerlifting finals, with four gold medals up for grabs.

Follow all the live updates from the Commonwealth Games 2022:

England now lead Canada 5-1 as we go into the second half – but this game was a little crazy.

Canada are down to just 10 players after Canadian Balraj Panesar was shown a red card for grabbing the throat of England player Chris Griffiths.

This meant England pulled out all the stops to win by 14 goals and avoid Australia in the semi-finals.

This includes removing their goaltender and replacing them with an outfielder to continue with their player advantage.

Adam Peaty is still ‘angry’ as he reflects on how he fared at the Commonwealth Games and will use a rare loss as his main motivator at the 2024 Olympics.

Ten weeks after breaking his foot in a frightening training accident, Peaty surprisingly finished fourth in the men’s 100-metre breaststroke final on Sunday, ending an eight-year unbeaten streak in the event.

As Peaty won a redeeming gold in the 50m 48 hours later, he is still outraged as he recalls his setback but accepts it may end up being beneficial in the long run.

“I’m not happy to lose,” said the three-time Olympic champion and world record holder in the 50m and 100m breaststroke. “A defeat is a defeat. It didn’t matter if I broke my foot, I showed up anyway.

“I get angry thinking about it. I’ll think about it for the next two years, easily.

England lead Canada 4-1 at half-time in their final men’s hockey group game. After Wales’ loss to India, England’s place in the semi-finals was already confirmed, but they needed 14 goals to top the group and avoid top-seeded Australia in the semi-finals .

Fred Wright, speaking to the BBC: “Coming into it, I thought that if I had good legs after the Tour, I could do something good.

“The time trial is pretty straightforward, just do your best and see what happens. I didn’t think I was this close to guys like G [Geraint Thomas] and Rohan [Dennis].

“I think my problem is sometimes that I don’t really realize where I am until I’m there. Over time that will come and the confidence is high now. I’m looking forward to Sunday’s road race.

Geraint Thomas, speaking to the BBC: “I came in too hot. I thought it was a left sweep and went in without brakes. I cut the barrier then lost the chain. My fault, but one of those things. Coming away with a medal is OK, I guess. That’s how it is.

” The gratitude [before the race] was pretty useless because the barriers were then lifted.

Birmingham Police have launched an investigation into the disappearance of three members of the Sri Lankan Commonwealth Games team, while all remaining athletes and officials in the country have been asked to hand over their passports.

A team spokesperson has confirmed that a wrestler, judoka and judo coach went missing from their accommodation at the Commonwealth Games Athletes’ Village.

Sri Lanka is experiencing civil unrest amid the worst economic crisis in its history, with the country’s parliament declaring a state of emergency last week.

Birmingham Police have opened an investigation into the disappearance of three members of the Sri Lankan Commonwealth Games team.

It’s a busy day of powerlifting at the NEC, with the women’s lightweight competition taking first place and won in impressive fashion by Zoe Newson. It will taste rather sweet to Newson, who considered quitting the sport after giving birth to a son after the last Commonwealth Games but ultimately opted to continue competing. She also rebounded from a fourth-place finish in the 41kg category at the Tokyo 2020 Paralympic Games, winning gold with 100.2 points in front of another solid home crowd.

There was a bit of drama before the lift started when the two Nigerian athletes who were due to compete showed up 25 minutes late for kit checking and were disqualified.

Five dives were completed for each of the 14 competitors in the women’s 10m platform, with Canadian Renee Batalla and New Zealander Mikali Dawson the two participants who will not be joining us for the final tonight.

At the top of the preliminary round tree was Andrea Spendolini-Sirieix, with compatriot Lois Toulson not far behind. Another English diver in Eden Cheng could also claim a medal – she beat Spendolini-Sirieix by the narrowest of margins in the highly competitive British Diving Championships in May.

Geraint Thomas has suffered numerous bone mishaps in his career, but it was an innocuous fight with a metal barrier that cost him a chance to win Commonwealth gold in the Black Country.

With around 50 technical corners to cover, it was a time trial course to reward those who risked pushing to its jagged edge, but Thomas was punished for over-committing as he ran wide and lost its rear tire before overflowing the legs of a steel fence. early on the 37 km course.

The Welshman dusted himself off to claim bronze, finishing half a minute behind Australian Rohan Dennis who won gold and seconds behind England silver medalist Fred Wright.

Geraint Thomas sports a familiar look of disappointment as he is guided to the medalists’ chairs, where Rohan Dennis removes his cleats alongside Fred Wright. The victory would surely have been his if he hadn’t touched the bridge.

Another medal so soon after a grueling three weeks in France is nothing to sneeze at. New Zealander Aaron Gate takes fourth place, while Australian Lucas Plapp is fifth after his own misfortune.