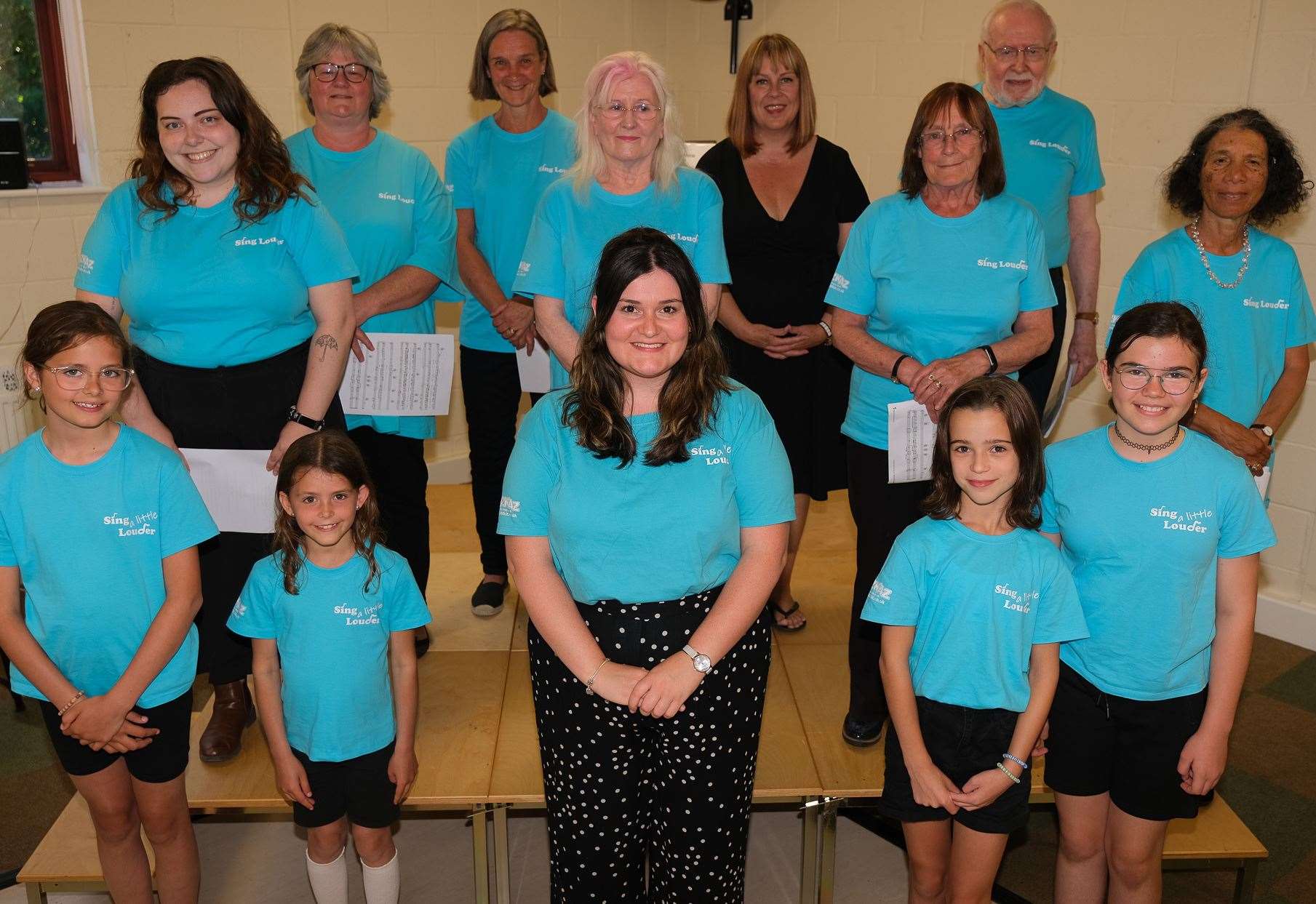 A community choir pulled out all the stops for its first official showcase concert.

A 22-year-old music graduate from Thatcham organized the adult and children’s choir sessions in January with the aim of ‘creating a fun environment’ through song.

At the end of the adult ‘Sing Louder’ sessions and the children’s ‘Sing a Little Louder’ sessions, which ran from January to March, the choirs had the chance to perform in front of their friends and family.

Hannah Maskell said: “Everyone has done so well.

“The audience was really thrilled to see their loved ones sing, it was really fun.”

The event, held on July 14 at Frank Hutchins Hall in Thatcham, saw some perform publicly for the first time in decades.

Miss Maskell added: “Someone told me the last time she sang she was seven, now she’s in her sixties. It was pretty amazing.

“We have a wonderful old gentleman, I asked him to read poems and they were so moving and so beautiful.”

A variety of songs were performed by children and young people – ages seven to 14.

They performed Ugly Heart from GRL, How Far I’ll Go from Disney hit Moana and Just Sing from the animated film Trolls 2.

The University of Southampton graduate said the song choices would allow young people to “explore” music.

“Our youngest was seven and she was just amazing,” she added.

Miss Maskell said the sessions are a great way for her pupils, who come from all parts of West Berkshire, to ‘laugh’ and ‘joke’ as well as sing along.

She commented on the cathartic effect it can have and how each person will benefit differently.

“It benefits me as much as it benefits everyone else,” she added.

“It’s just amazing how much singing helps people. For some it helps to come and see the choir sing and for others it’s the singing that helps them.

Miss Maskell said she intended to continue with her lessons.

Sessions for children and adults are held every Thursday at Frank Hutchins Hall.