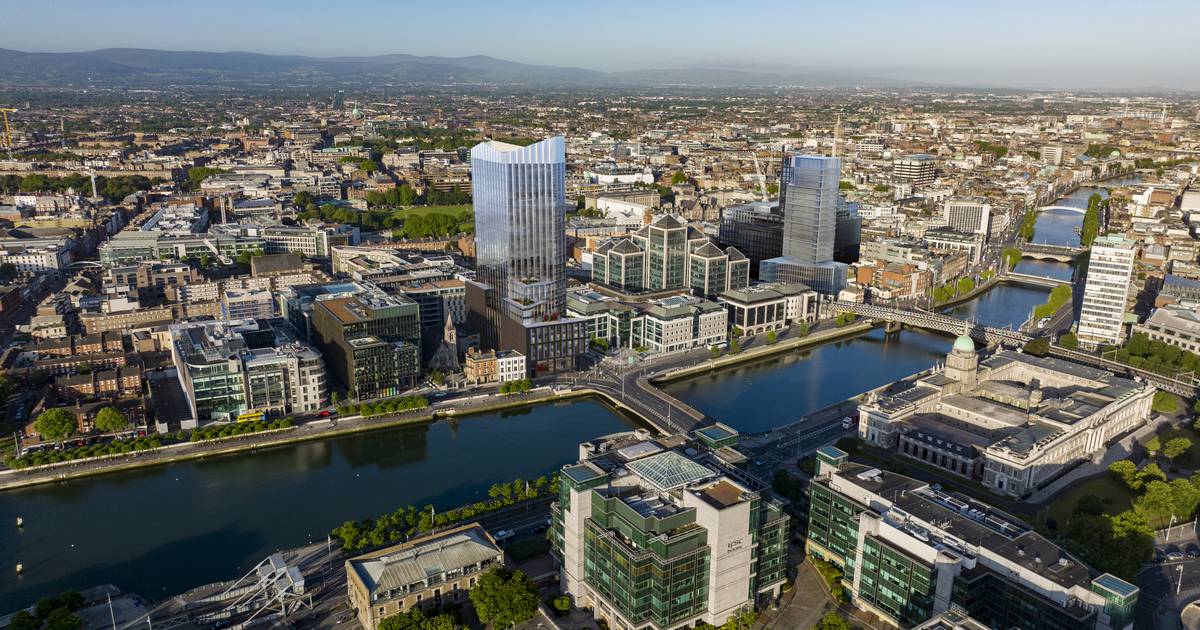 The developer behind a bid to build Dublin’s tallest building on the site of the former City Arts Center site at City Quay is challenging Dublin City Council’s decision to refuse planning permission for the project.

Ventaway, a company run by David Kennan and Winthrop engineering group founder Barry English, has filed an appeal with An Bord Pleanála against the board’s rejection last month of its application to develop a 24 floors (108 m / 354.33 ft) on site. , which has lain dormant for nearly two decades.

The proposed program is led by offices with 22,587 m² of office space spread over 23 of its floors, as well as 1,404 m² of artists’ studios and exhibition space spread over the building’s facade on the ground floor levels. floor, ground floor and first floor. . The original neon sign from the old City Arts Center was salvaged by the developer and would be used at the entrance to the new building.

In refusing permission for the project, Dublin City Council planners said it would be ‘likely to have significant and detrimental towering and overshadowing impacts’ on neighboring properties due to its ‘overwhelming scale, mass and height “.

Planners also said it would ‘seriously damage the setting and character of Customs and surrounding area’, and have ‘significant and detrimental visual impact on the River Liffey Conservation Area and significant views and vistas, including including customs views. surroundings, Amiens Street, Mountjoy Square, Gardiner Street Lower, the campus of Trinity College and views to the west from the River Liffey’.

Responding to these concerns, Ventaway states in its submission to An Bord Pleanála that its proposal for the site should be considered on the basis of the benefits its development would bring to the city.

Referring specifically to the proposed height of the building, the developer says the River Liffey “provides a favorable context for taller buildings given that it is a corridor of wide open space and its banks are a key mobility corridor in the city”. This, he says, is “consistent” with urban development and building guidelines which allow consideration of additional height in developments along the edge of large open spaces and thoroughfares such as the Liffey Corridor.

Commenting on planners’ claim that the City Arts Center program would harm the Custom House, Ventaway says it is at “the center of a particularly diverse character zone, in which there is no uniformity in era of development, building typology, form, scale or architectural”.

They add: “Many of the developments were precursors and strong architectural expressions of their type and time, for example the Custom House itself, Busáras, Liberty Hall, IFSC, George’s Quay Plaza, AquaVetro and College Square. The proposed development is a natural progression and could take its place comfortably (albeit prominently) in this character area.