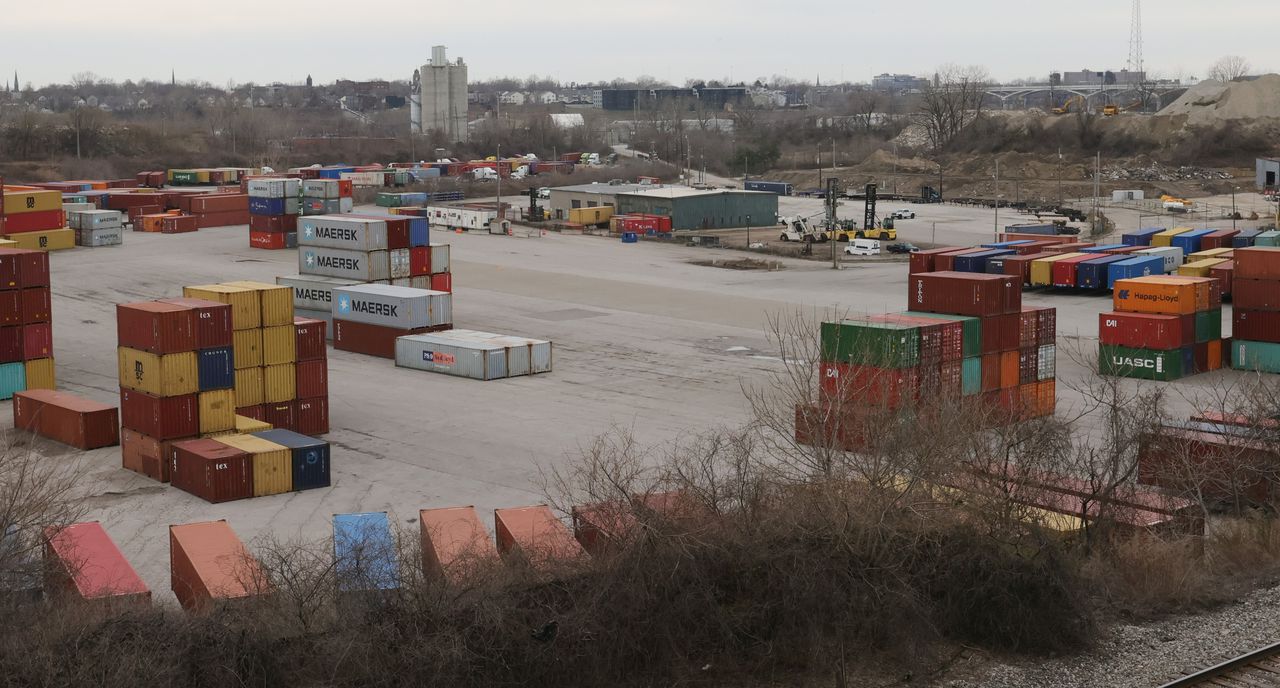 Division emerges among prison committee members as decision nears for new site: The Wake UP for Wednesday, April 20, 2022

Subscribe to Alarm Clock, cleveland.comThe free morning newsletter from , delivered to your inbox weekdays at 5:30 a.m.

Mostly cloudy but warmer today, with highs reaching the mid 50s. Showers are likely overnight, with lows in the upper 40s. Read more.

dumping committee: As the committee overseeing three years of planning for the Cuyahoga County Jail prepares to vote on a preferred location, one member asks to back down and another proposes scrapping the ad hoc group altogether. Kaitlin Durbin reports that friction has built up within the Justice Center‘s 12-member Executive Steering Committee for months as they inch closer to final decisions on where the prison should be located, its size and its reasonable cost. .

Masks removed: For the first time in two years, people traveling to America no longer have to wear masks to help protect other passengers from the coronavirus. Susan Glaser speaks with air passengers at Cleveland Hopkins International Airport about a Florida federal judge’s Monday night ruling that overturned the CDC’s warrant. Greater Cleveland RTA, Akron Metro and Laketran are among transit systems that have also lifted their mask requirements.

The Today in Ohio gang discuss the Cuyahoga County Board, which is investigating whether County Executive Armond Budish lied to them when he said there were no concerns appointing union leader Dave Wondolowski to the Cleveland-Cuyahoga County Port Authority Board. The problem arose that Wondolowski held a public office in conflict with the Board of Elections. As a result, council members requested an investigation by the Inspector General into the matter.

Redistricting: A federal court has given Ohio until today to figure out its redistricting mess, describing it as the “deadline” after which it could step in and start making decisions about when and how the Ohio state legislative races will be held this year. But Republican lawmakers tasked with setting a new election date have not. And the Republicans who lead the Ohio Redistricting Commission have not scheduled a new meeting after the Ohio Supreme Court threw out a series of maps last Thursday, the fourth time it had done so. Andrew Tobias explores what could happen today.

Toll collections: Officials of the toll road and the Infrastructure Commission were surprised to learn this week that a Singapore-based company had bought the long-time toll contractor from the toll road. As Jeremy Pelzer reports, at least one member of the commission has expressed concerns that it could put motorists’ data at risk and increase dependence on foreign companies, although the contractor’s president stated that it only operates in the United States and does not disclose any information to foreign companies. The commission then rejected a separate concession contract proposal after learning that the bidder was based in Ireland.

It’s all around: About a quarter of Ohio’s population lives near a toxic discharge facility, according to US EPA data. Zachary Smith writes that data analyzed from the EPA’s Toxic Release Inventory and the US Census Bureau’s five-year American Community Survey identified the percentage of each state’s population living in census tracts with toxic discharge sites.

Know the score: A trio of Northeast Ohio nonprofits have created an online digital tool that allows businesses to measure racial equity and environmental factors when deciding where to locate their offices, factories and other facilities. Steven Litt explains how Team NEO and the Fund for Our Economic Future (along with the Lincoln Institute of Land Policy) announced on Tuesday that they have launched “ESG to the Power of Place”. The tool uses data from the US Census Bureau and other sources to provide demographic, workforce, and travel data for the 18 Northeast Ohio counties served by Team NEO.

We all scream: Pierre’s Ice Cream announced last week that it would be sold to Ohio Processors, a London-based dairy manufacturer west of Columbus. Sean McDonnell chats with retired CEO Shelly Roth, who reflects on her long tenure at the helm of the company founded by her father, Sol. “There weren’t many fathers inviting their daughters to help out, let alone succeed in their business,” Roth said. “But he had the courage and the confidence to let me learn from him.”

Walmart closing: Walmart in Mayfield Heights will close on May 20, according to a company announcement. A company spokesperson tells Sean McDonnell that a review determined the location was underperforming financially. The 187 employees may be transferred to other stores, according to the company.

Convicted trainer: A former Mayfield Middle School teacher and girls’ track coach is heading to jail for using fake social media accounts, threats and more than $39,000 in cash and gift cards to coerce some of his alumni students to send her nude photos. Cory Shaffer reports that Cuyahoga County Common Pleas Judge Joan Synenberg sentenced Daniel Carlson on Tuesday to a minimum of 10 years behind bars after listening to what she called ‘haunting’ details about how he pretended to be a teenager online, then threatened to post the photos of the girls on social media after saying they wanted to quit.

Rabbi arrested: Police arrested a rabbi at a Pepper Pike synagogue on Monday after investigators said he agreed to meet with an undercover officer posing as a 15-year-old boy on a social media site. Cory Shaffer writes that Stephen Weiss, 60, was met by agents from Ohio’s Internet Crimes Against Children Task Force who arrested him for attempted unlawful sexual behavior with a minor, trespassing and possession criminal tools.

personality crisis: Troy Smith continues his ongoing streak wondering who belongs (and doesn’t belong) in the Rock & Roll Hall of Fame. Today’s entry is one of the most revered and oft-quoted punk and glam outfits, the New York Dolls.

Barry, Barry good: You know Stephen Root. Even if you don’t recognize his name, you’ll probably say, “Hey, that’s that guy,” whenever he appears in one of your favorite movies or TV shows (“Office Space,” “O Brother , Where Art Thou, ““King of the Hill,” “Brooklyn 99,” to name a handful). Root talks with John Benson about the return of HBO hit “Barry,” a black comedy about a killer depressed hitman turned actor from Cleveland (Bill Hader).