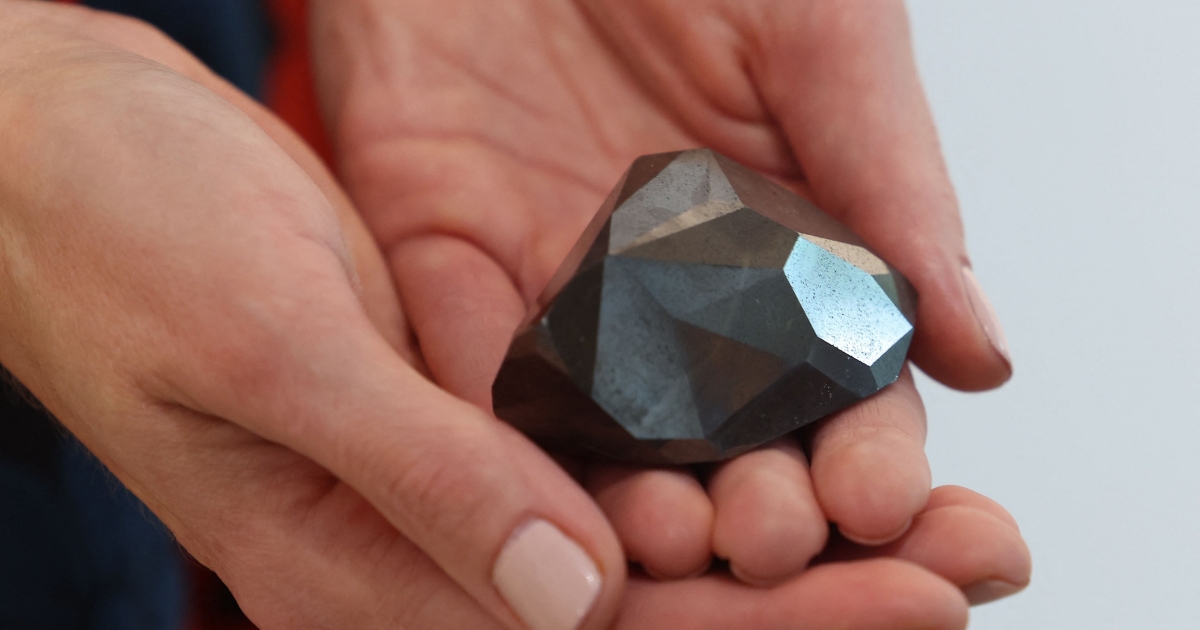 DUBAI – The world’s largest known cut diamond has gone on public display ahead of its sale when it is expected to fetch five million dollars.

The Enigma, named after the rare carbanado black diamond, was exhibited in Dubai, United Arab Emirates.

The diamond is believed to have been created when a meteorite or asteroid hit Earth more than 2.6 billion years ago, according to Sotheby’s auction house jewelry specialist Sophie Stevens.

One of the most difficult substances to cut, the 555.55-carat diamond has never been shown by its anonymous owner of the past 20 years, but experts have turned it into a 55-sided jewel.

Its shape is inspired by the palm-shaped symbol of power and protection from the Middle East, the Hamsa, also associated with the number five.

“It’s very different,” Stevens said of the gem, which holds a Guinness World Record as the largest cut diamond.

After being on display in Dubai, the Enigma will also be taken to Los Angeles and London, ahead of the start of a seven-day online auction on February 3.

What Sotheby’s called a “cosmic wonder” could very well go to a bitcoin bidder, Stevens said.

“We accept cryptocurrency for diamond, which we have done for other important stones,” she said.

Last year in Hong Kong, the Key 10138 diamond sold for $12.3 million which was paid for in cryptocurrency.

2022-01-23
Previous Post: What time The Gilded Age comes out and how to watch
Next Post: Shaka Smart, others make an impact in record time with new schools