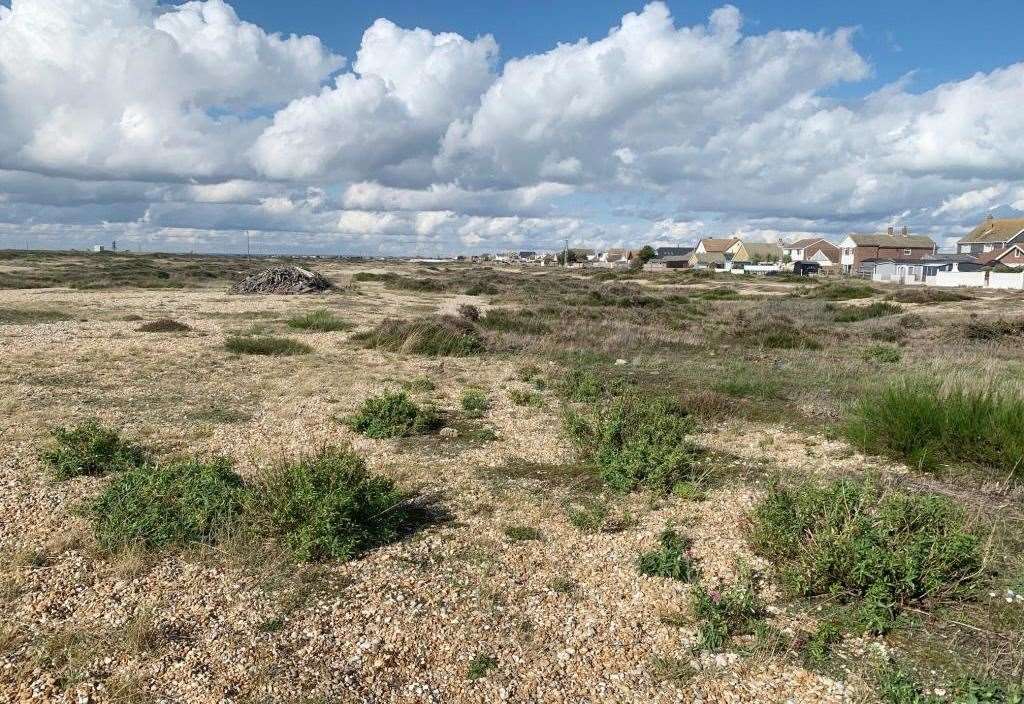 Bidders will have the chance to buy a slice of one of the country’s most unique landscapes when a piece of land goes under the hammer.

Auctioneers Clive Emson have been tasked with selling 26 acres of land along the Romney, Hythe and Dymchurch Railway in Dungeness, which contains military ruins dating back to the Napoleonic wars with France.

The site, located between Battery Road to the south and Kerton Road to the north, will be auctioned online on September 21 with an indicative price of £55-58,000.

As it is within a designated Site of Special Scientific Interest (SSSI), anyone purchasing the land would be required to ensure that any planned changes to the land do not impact wildlife.

According to the auctioneers, part of the site includes the remains of a Napoleonic fort, which was built in 1798 and modified in 1860.

Auctioneer Kevin Gilbert said: “The majority are SSSI, so whatever people decide they think they can do with it, they’ll have to do their own investigations.

“It’s just a beautiful piece of land with a bit of historical interest in the remnants of the old Napoleonic fort.

“We originally sold it to our customers a short time ago, it’s been locally owned for many, many years, the people who bought it then decided they’d rather take the money out of the land for the invest in another project, from where he returned to the market.

“It’s absolutely stunning there, you have all kinds of wildlife and probably butterflies at the right time of year. It’s just a beautiful piece of English coastal land.

A Methodist village chapel is also offered at the same auction.

The Wesleyan place of worship on The Street in Appledore is being sold at the directors’ instruction and is listed with a guide price of £180-190,000. Built around 1836, the building includes a porch, a sacristy, a worship hall, offices and a kitchen.

Auctioneer Kevin Gilbert, Director of Clive Emson, said: “Churches and chapels are regular features of our sales and it is an attractive building.

“It could well lend itself to conversion into residential accommodation, provided that all necessary consents are obtained.

“There is a small forecourt in front and areas to the sides and back.”

The chapel is listed in lot 105 of Clive Emson’s upcoming online auction on September 21.

2022-09-14
Previous Post: ‘House of the Dragon’ Episode 5 Release Date and Time on HBO
Next Post: UPCOMING: Learn About the State’s Electoral System | New