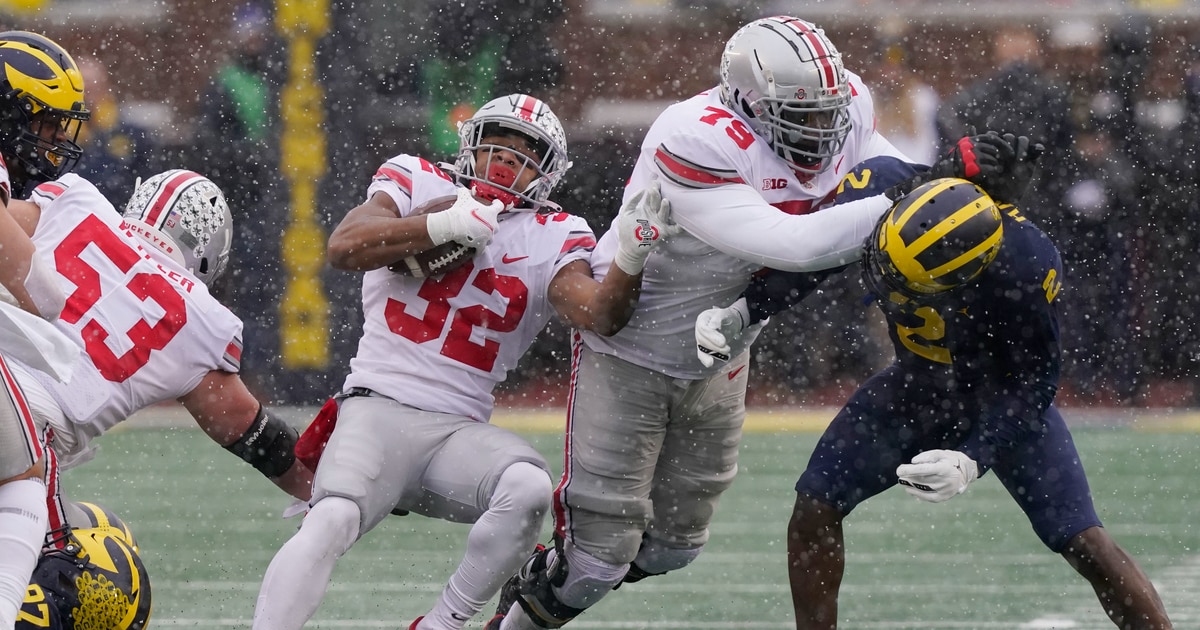 The Buckeyes have won 10 straight against Michigan in Columbus and 17 of the last 20 in a series that began in 1897.

The Wolverines won 13 of the first 15 meetings and tied the other two before Ohio State got its first victory in 1919.

All-American Chic Harley starred in a 13-3 win that day with four interceptions and the game’s only touchdown.

After winning three straight, Ohio State dropped the next six to fall behind the series 19-3-2.

The Buckeyes’ eight-game winning streak from 2012 to 2019 brought the series closer as it had been since 1905, the last season before the forward pass was legalized.

Michigan last won back-to-back games in the series in 1999 and 2000, ending a streak in which Ohio State went 2-10-1 against the Wolverines.

Although big games are often scheduled to be played at 3:30 p.m. or in the evening to maximize television viewership — and tailgating time for fans — Fox has in recent years found a winning formula by scheduling its most attractive game of the day in the Eastern Window at noon.

It did well in the ratings, and it fits well with tradition in the case of The Game.

Ohio State and Michigan have never played at night, and The Game has often been played in the early afternoon with the 3:30 kickoff of the 2006 game between the top two teams in the polls, a notable exception.