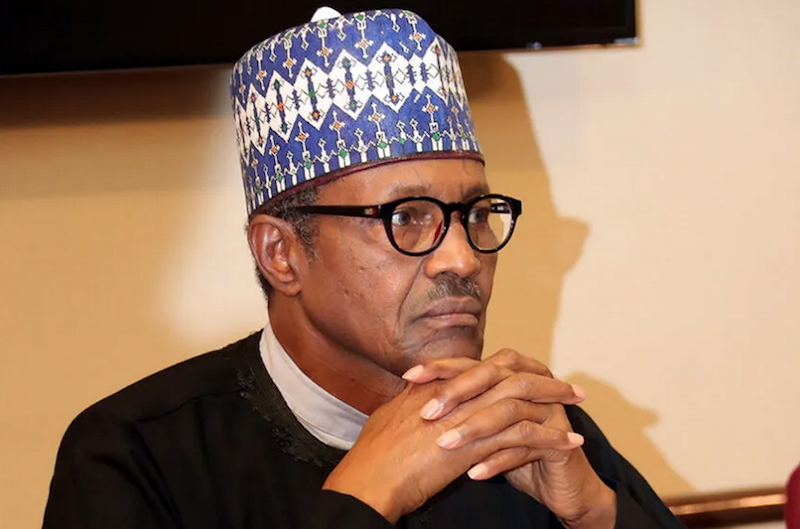 Election bill: Time for Buhari to write his name in gold

Two weeks after the National Assembly passed the reworked electoral amendment bill to President Muhammadu Buhari, the president had yet to give his assent to it, fueling speculation that he might again reject the bill . Iyobosa Uwugiaren examines the consequences of the president’s inaction

President Muhammadu Buhari is gambolling dangerously with one of the crucial elements of democratic standards that are globally accepted to ensure free, fair and credible elections, namely the legal framework. Nigeria and its friends, who want a transparent electoral process before the 2023 general elections, are worried.

Against the enormous expectation of many well-meaning members of society, including the international community, the President either refused or did not give his assent to the reworked Election Amendment Bill. And over the past few weeks, the Independent National Electoral Commission (INEC) has constantly complained to those who cared to listen that the failure to come up with a clear electoral law – in accordance with the wishes of the electorate – was frustrating the commission’s efforts to plan well for the 2023 general election.

For many political observers, the current procrastination over this all-important election law is of no use to Nigeria’s democratic space, especially as the nation enters an election year.

If anyone has any doubts about the most fundamental issues where a legal framework is imperative for democratic elections – in a developing country like Nigeria – with a destructive political culture, the National Democratic Institute for International Affairs (NDI) answered the question.

“Establishing the ground rules for elections should be a vital concern for political parties, candidates and citizens. Democratic elections serve to settle the competition fairly and peacefully among those who seek to exercise governmental powers as representatives of the people,” NDI reportedly said.

”Democratic elections are also a means for citizens to freely express their will as to who will have the authority and legitimacy to hold the reins of government as their representatives.

“It is therefore in the direct and immediate interest of electoral competitors – political parties and candidates – and of the entire population – citizens and their associations – to ensure that the rules of electoral competition, as well as the how these rules are enforced ensures that a genuine democratic election takes place,” NDI explained.

The National Assembly had sent the bill to the president late last year for approval. But President Buhari refused assent to the bill – in a letter, which was sent to both houses of the National Assembly. In the letter, the president declined to sign the bill because of the mandatory direct primaries. He further mentioned eight disadvantages of mandatory direct primaries, including legal, financial and security issues.

After initial demagoguery by lawmakers to override the President’s veto, they then succumbed to Buhari’s demands, reworked it and passed it on to him again on January 31, 2022.

Before reworking the bill, Buhari had promised to sign it if other options for selecting election candidates were included.

“I will sign. All I wish is for there to be options. You cannot dictate to people and say that you are doing democracy. Leave them other options so they can make a choice,” he said in a controversial TV interview.

Since 2015, when he was elected president, Buhari had refused assent to the Electoral Amendment Bill five times.

But, although the National Assembly has made its offer, Buhari has still refused to approve the all-important bill, leaving people wondering what he really wants. Although the President did not indicate whether or not he would accept the revised bill, the Minister of Justice and Attorney General of the Federation, Mr. Abubakar Malami (SAN), had hinted that the President could again withhold assent to the bill if it is considered to contain proposals based on personal interests.

According to the minister, the bill, which the National Assembly transmitted to the presidency a second time, had been sent to him for legal advice.

When asked if he was satisfied with the amendments made to the bill by the National Assembly – after Buhari returned it to parliament, Malami said: “In terms of satisfaction, honestly, it is premature for me to conclude, considering (that) I can tell you that the electoral bill was only received in my office this afternoon (recently) while I was preparing to come for this engagement with Channels TV.’ ‘

Malami said he would “certainly advise the President not to give his assent to the bill, if he is not ‘satisfied and of the opinion that it is contrary to the public interest, to the national interest; and then against the dictates of the democratic process.”

Amid the slow election law, many believe Buhari is comfortable with the existing law, which leaves room for election manipulation, and may not be interested in “credible, free and fair elections.” fair in 2023”.

For Rivers State Governor, Nyesom Wike, President Buhari has no excuse not to sign the Electoral Law Amendment Bill. He argued that contrary to claims that the president was holding back due to the quagmire over direct and indirect primaries – as enshrined in the bill, the main problem remains the electronic transmission of results.

Governors elected on the platform of the Peoples’ Democratic Party (PDP) had also recently added their voice to several calls for the president to “immediately” sign the revised electoral law amendment bill.

The governors, in a statement issued last Monday after a meeting in Yenagoa, the capital of Bayelsa, said the president should sign the bill immediately rather than wait for the 30-day term allowed by the constitution to elapse. .

For his part, the executive director of the Adopt a Goal for Development initiative, Ariyo-Dare Atoye, urged the president to rise above the elite political conspiracy threatening the legislation and enact it.

Atoye said so in a press release, titled “New Election Law Bill: Why Buhari Must Act Immediately,” endorsed by the Center for Liberty; Raising New Voices, Youth and Student Advocates for Development Initiative; NESSACTION, The Nigerian Alliance, The Art and Civics Table and Speak Out Africa Initiative.

Governor of Sokoto State and Chairman of the PDP Governors Forum, Hon. Aminu Tambuwal, recently said that the only legacy left to the president is to emulate ex-president Goodluck Jonathan in holding free, fair and credible elections in 2023, saying his credibility is at stake. But, can Buhari really give what many think it hasn’t?