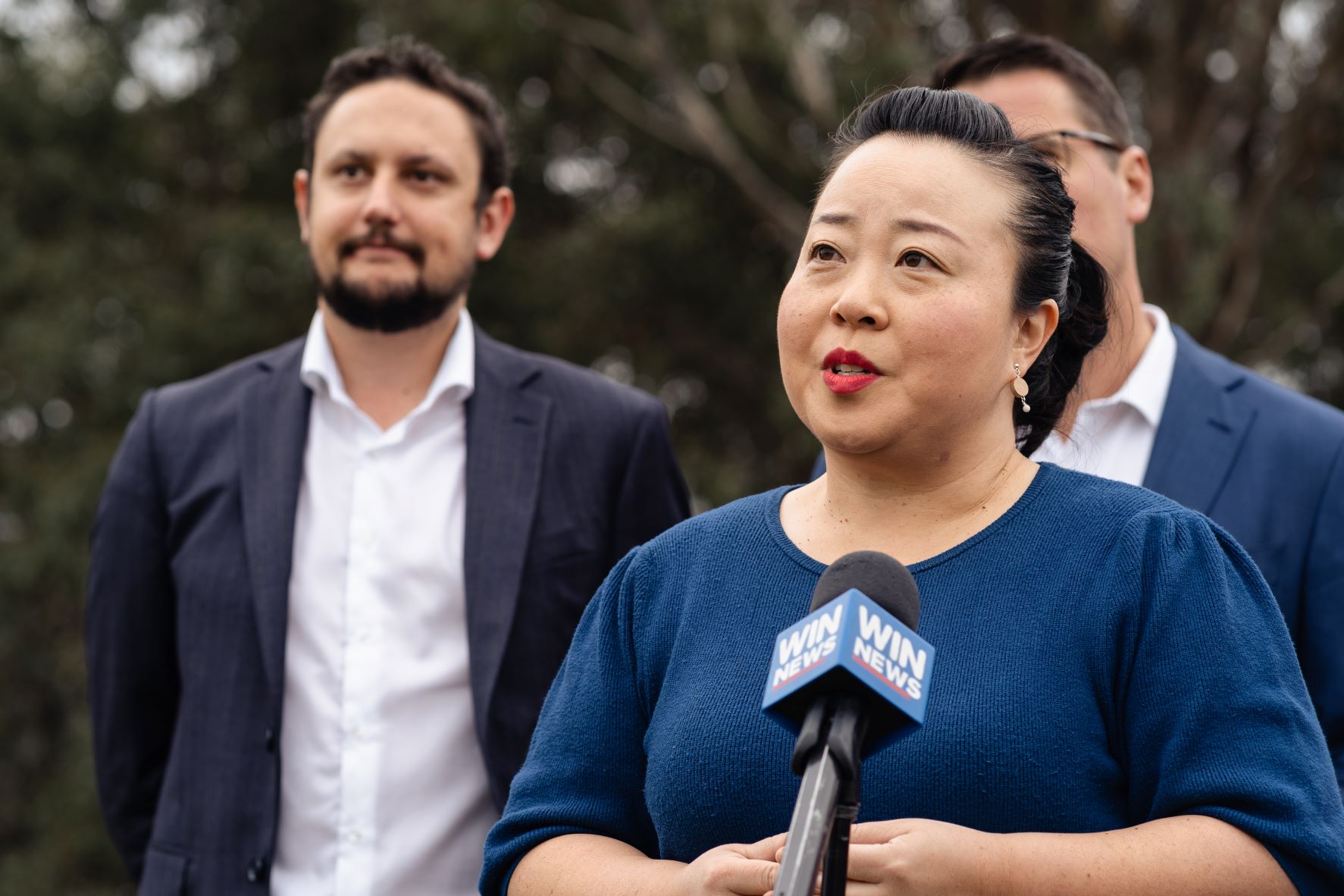 A Zed Seselja campaign promise was championed by Liberal leader Elizabeth Lee, who this week introduced a motion in the ACT Legislative Assembly calling on all MPs to support the hoped-for release of the CSIRO Ginninderra site.

Mr Seselja’s pledge during his federal re-election campaign was criticized by the ACT government as “not a revolutionary announcement”, something the senator vehemently denied at the time.

This week, Ms Lee called on all parties in the ACT Legislative Assembly to write to their Federal counterparts, urging them to support the publication of the site to help ease Canberra’s housing market.

“The people of Canberran are doing tough on housing and we must do all we can to help ease the housing crisis. This is why I call on all parities in the Assembly to urge their federal counterparts to release the CSIRO site to the marketplace as soon as possible,” Ms. Lee said.

“The Labour-Green government must also commit to allowing low and medium density housing on the site, in line with the housing preferences of Canberrans residents; and what is currently sorely lacking on the market.

“Demand for housing in Canberra, particularly single-family housing, is at a critical point and is not being met by the ACT Labour-Green government. Recent land release polls have seen thousands upon thousands of Canberrans asking for a few blocks; with the most recent in Macnamara receiving 1700 entries in a few hours for just 51 blocks.

If the Coalition were successful in its federal election bid, Zed Seselja had promised that the CSIRO Ginninderra site would be sold by the end of the year, providing around 2,000 blocks of land. It remains unclear whether the new Labor government will agree to release the land for housing in the ACT.

ACT Housing and Suburban Development Minister Yvette Berry responded to Ms Lee’s motion in the Assembly, but with an amendment, agreeing with the Liberal leader, but refuting the suggestion that the government has not already lobbied for release.

“The government supports the intent of this motion. Ms Lee is calling on the ACT Government to work with the Commonwealth Government to provide more land to Canberrans. Not only do we agree with this, but it is something we have done and will continue to do,” Ms Berry said.

“When a sale was considered years ago, we thought about how to ensure the best results for Canberrans, not just the number of blocks. And even before incumbent Senator Seselja campaigned for the site to be published, the ACT government was already engaged.

“I personally hope that with a renewed Labor Government in Parliament we will be able to deliver a result… We want this ground to be incorporated into the planning framework of the ACT, so that all future stages can be decided after consultation with Canberrans and especially those Canberrans who live nearby.

Ms Berry said the ACT government had been engaged with the site for eight years now, and “a number of directorates” had advised CSIRO on a range of planning and infrastructure issues.

“The ACT government has been working for years on how the CSIRO site could best fit into the future of Canberra, and I welcome Ms Lee’s support for this work,” she told the newspaper. ‘Assembly.

“I would like to thank ACT officials who provided advice and worked consistently and diligently despite the lack of action by the previous coalition government at the national level.

“With these amendments to the motion, I look forward to joining the Chief Minister in sending a letter seeking the support of a new Labor Government for the publication of the CSIRO site.”