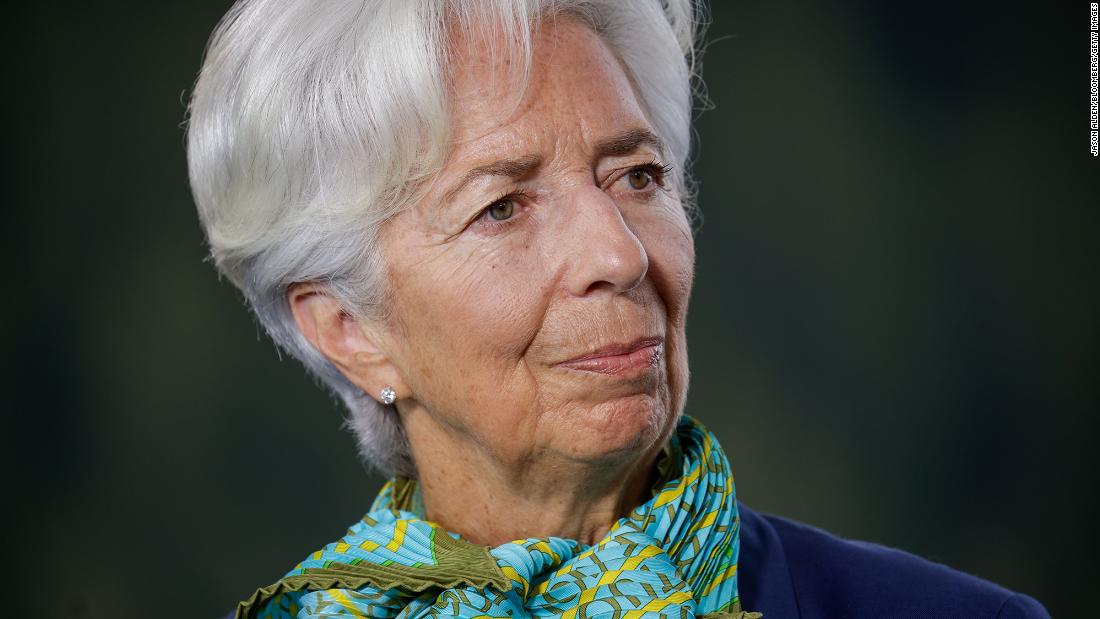 The bank said it would raise the cost of borrowing by 25 basis points in July – its first rate hike in more than a decade – and said a bigger hike could follow in September “if the medium-term inflation outlook persists or deteriorates.”

“Inflation is excessively high and should remain above our target for some time,” ECB President Christine Lagarde told a news conference.

The ECB raised its annual eurozone inflation forecast “significantly” to 6.8% this year, and said it would remain just above its 2% target in 2024. It also lowered its growth forecasts. The GDP of the 19 countries that use the euro is now expected to grow by 2.8% in 2022 and just 2.1% next year.

Eurozone inflation hit a record high of 8.1% last month, according to Eurostat.

The war in Ukraine has fueled global inflation and put pressure on the European Union to find alternatives to Russian oil and gas, on which it relies heavily. Europe agreed to reduce its exports by introducing progressive embargoes on oil and coal — and is now scrambling to find alternative sources of energy supply in a time of soaring fossil fuel prices.

Lagarde said energy prices were almost 40% higher than in May 2021 and would remain high in the near term.

“If war were to worsen economic sentiment, supply-side constraints could increase and energy and food costs could remain consistently higher than expected,” she said.

The ECB has been slower to fight inflation than its counterparts in the UK and United States, both of which have increased their rates in recent months. But his task is more delicate because Europe is more directly exposed to the economic fallout from the war in Ukraine.

The central bank is trying to strike a delicate balance between raising rates to contain rising prices, but not to the point of tipping the region into a recession.

Bill Papadakis, macro strategist at Bank Lombard Odier, told CNN Business that the ECB’s decision to raise rates and wrap up its bond-buying program from July 1 were the “good decisions”.

But the prospect of a bigger rise in September could be a mistake, he said.

“More expensive energy is eating away at real consumer incomes, undermining growth, which is likely to suffer if the ECB goes ahead with aggressively tighter monetary policy,” he said.

There are, however, reasons for optimism. High levels of employment and the reopening of sectors that were closed during the pandemic are among the factors supporting consumption, Lagarde said.

“The conditions are in place for the economy to continue to grow and recover further over the medium term,” she said.

2022-06-09
Previous Post: PROPERTY: A site overlooking Kinsale has just come on the market at €1.1m
Next Post: Luke Rockhold says system has failed Cain Velasquez, thinks ex-champ should be inducted into UFC Hall of Fame