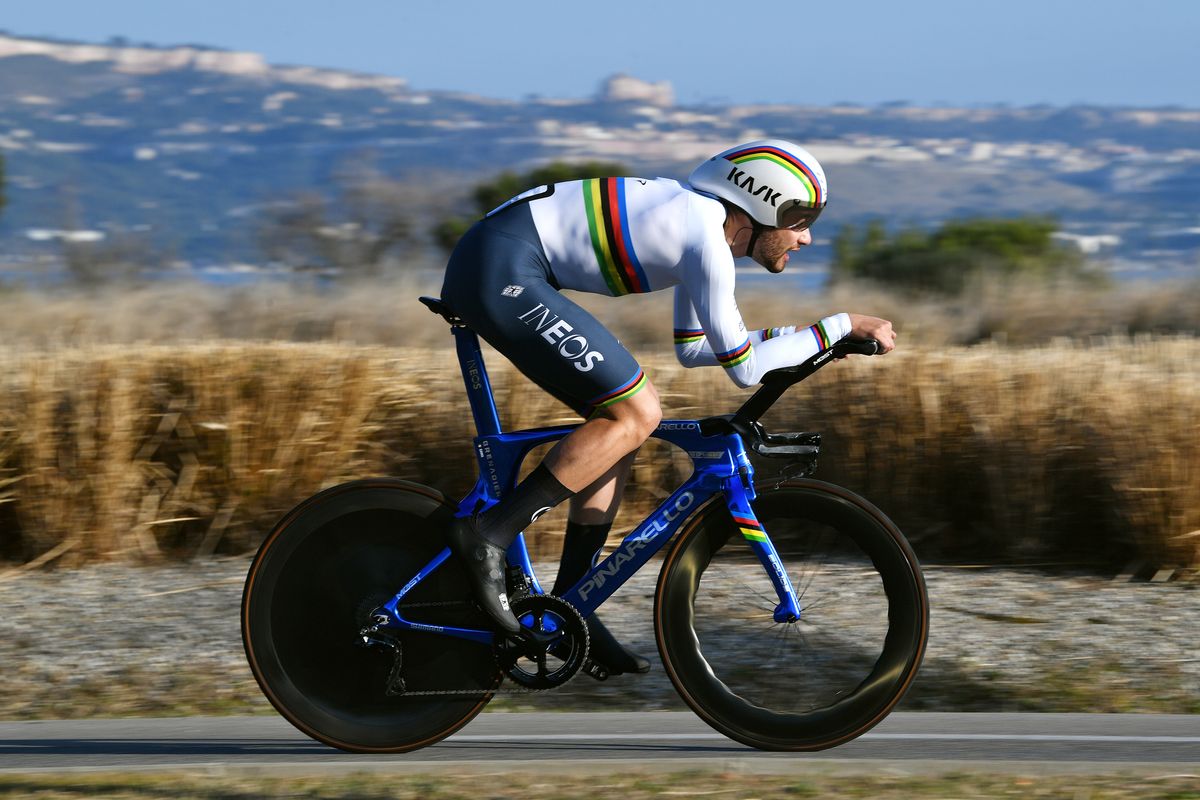 Filippo Ganna (Ineos Grenadiers) continued his 100% record in time trials this year with a thunderous performance during the prologue of the Tour de la Provence.

The world champion built on his victory in the final stage of the Etoile de Bessèges last week, edging team-mate Ethan Hayter by 12 seconds to take the lead.

With this victory, the Ineos Grenadiers rider renewed the success of his last race appearance in 2019, when he took his first pro victory in the opening time trial at Saintes-Maries-de-la. -Wed.

How did it happen

The 7.1km circuit along the northern edge of the Etang de Berre lagoon was one that would pose few technical obstacles for the riders. The route has been organized as a simple round trip with only 28m of total elevation gain on smooth and straight roads.

The first rider down the ramp is Kevin Besson (Nice Métropole Côte d’Azur) who has barely crossed the line when his little man, Patrick Bevin of Israel-Premier Tech, takes the lead. Tobias Ludvigsson (Groupama FDJ) then improved the New Zealander’s time and spent a long time in the hot seat.

Since its creation in 2016, the hilly journey of the Tour de la Provence has generally suited climbers. Nairo Quintana (Arkéa-Samsic), who won the 2020 edition of the race, rode aggressively in his effort. The Colombian set an impressive time of 8’35”, showing himself determined not to concede precious seconds which could then harm his candidacy for the general classification.

Defending champion Iván Sosa (Movistar) was not so lucky. Sosa lost 34 seconds to his compatriot, a significant gap to make up for as the race heads into the mountains.

Among the GC favourites, Ineos Grenadiers pilot Ethan Hayter seemed the most assured on the course. The British time trial champion slipped on the prologue circuit, mastered in his positioning to set a new time to beat of 8’16”.

Then came Ganna. With a smile and a wave to the cameras, the 25-year-old raced down the starting ramp and through the first right-hand corner. The world champion looked effortless as he circled the circuit to give a signature time trial performance.

Just over eight minutes after starting, Ganna crossed the finish line at a blistering average speed of 52.8 km/h.

The Italian will wear the Mondrian-inspired leader’s jersey on Stage 1 of the four-day race from Istres to Saintes-Maries-de-La-Mer.

2022-02-10
Previous Post: Museum shows student inspiration
Next Post: The public is invited to help a £2.5million bid to turn the Devon site into a haven for woodland wildlife