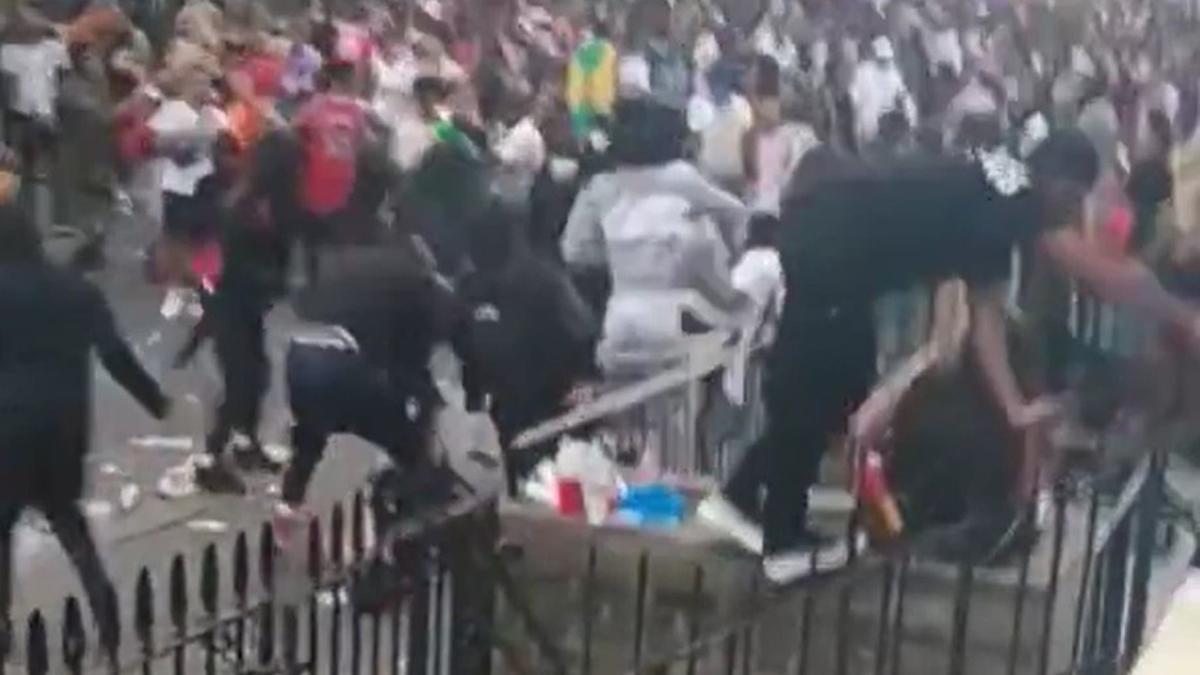 Police have released footage showing the moment a 19-year-old bystander was ‘very seriously’ injured when she was hit in the head with a gas canister and beaten to the ground during the Notting Hill Carnival.

The “completely innocent” teenager, who was standing at the scene, was hit in the head with a gas canister and then kicked and punched.

The groups of men then fled in opposite directions and the woman was hospitalized.

The footage was released by the Metropolitan Police on Saturday in a bid to persuade witnesses to come forward.

Detective Constable Sam Packer said: ‘The victim was seriously injured in hospital following this incident – although he has been discharged he continues to require treatment for the injuries that she suffered.

“He is a completely innocent member of the public who was attacked without provocation or warning by people who intended to provoke violence.

“If you were there and saw what happened, or have any footage that could help us identify those responsible, please do the right thing and contact us immediately.”