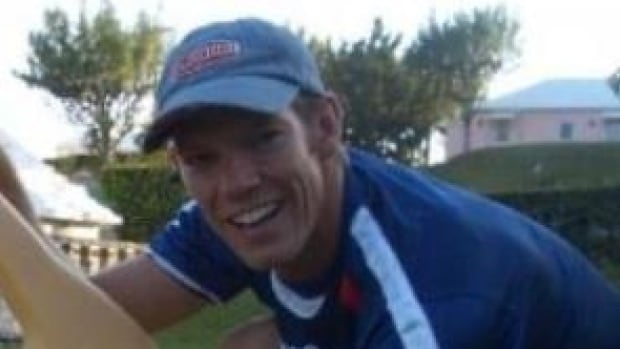 A five-member jury at a coroner’s inquest that concluded in Saint John on Tuesday made a single recommendation to avoid another death like what happened to Steven Lutes.

The jury also said it would be up to WorkSafeNB to identify workplaces that would be considered higher risk.

Earlier today, the jury heard that Steven Lutes was wearing a safety harness the day he fell from the fourth floor of the Hilton Garden Inn in Fredericton while it was under construction.

However, his harness was not anchored.

Instead, his tether was looped into his harness to keep him from dragging.

This was determined by WorkSafeNB investigators who attended the scene on the morning of January 30, 2017.

Michel Cyr, deputy director of investigations, also said there were no anchors in the area where Lutes worked that would have met the regulatory requirement to withstand 5,000 pounds of pressure.

Additionally, Cyr said several tripping hazards were identified on the floor where the 41-year-old father of two had scraped a concrete slab.

A photo showed a ladder and a piece of wood that could have tripped Lutes as he presumably looked up at his task.

The lutes were particularly vulnerable at this time because the protective guardrails had been removed from the edge of the building to allow the concrete forms to be put in place.

Cyr said WorkSafeNB immediately issued a stop work order on the project. He also said the order was lifted on February 13.

He testified that the WorkSafe Accident Review Board also recommended that Lead Structural Formwork, the company hired to do the concrete work, be charged under the Occupational Health and Safety Act.

In 2019, Lead Structural pleaded guilty to violating a portion of the law that mandated the proper use of fall arrest equipment and procedures. The company was fined $50,000.

At one point during Tuesday morning’s testimony, a five-person jury member, a man who describes himself as having 41 years of construction experience, asked about a substandard anchor that had been photographed in another area of ​​the site.

The juror wanted to know, if the inspectors had been there and noticed that the steel bar screwed into a concrete wall was clearly unsuitable as an anchor for a harness, then why didn’t the inspectors order that she be changed.

Cyr was unable to answer.

The juror also expressed disgust at what happened to Lutes.

The jury also determined that Lutes died from multiple blunt trauma injuries, resulting from a fall.

This matches what they heard from the pathologist who performed the autopsy.

He said Lutes also had multiple rib fractures and a broken rib punctured his lung.

On Monday, paramedic Corrie MacAdams told the inquest her ambulance arrived on the scene and resuscitation efforts ceased in about 20 minutes. He described Lutes’ injuries as insurmountable.

David Pottier worked for Lead Structural in 2017, bidding on jobs and handling contracts from the Halifax office. He said he heard about the accident during a phone call from a company project manager who was at the site at the time of the fall.

The jury had already heard on Monday that Paul Crevatin had traveled to Fredericton to work for Lutes because Lutes was understaffed.

“I didn’t know what to do,” Pottier said. “I was beside myself.”

Pottier said he was so upset he had to ask his wife to drive him to Fredericton.

Pottier told the jury that Lutes was the responsible on-site supervisor and that he should have discussed safety issues with other workers related to their assigned tasks.

However, he could not respond exactly to the safety issues that had been discussed between Lutes and his crew, as Pottier was unaware of the “toolbox meetings”. He described the toolbox meetings as a daily opportunity for Lutes to talk to his workers about their jobs and the safety precautions related to those jobs.

Pottier also couldn’t say for sure how many workers were on site.

At around 11:30 a.m., presiding coroner Emily Caissy gave her instructions to the jury before releasing them to deliberate.