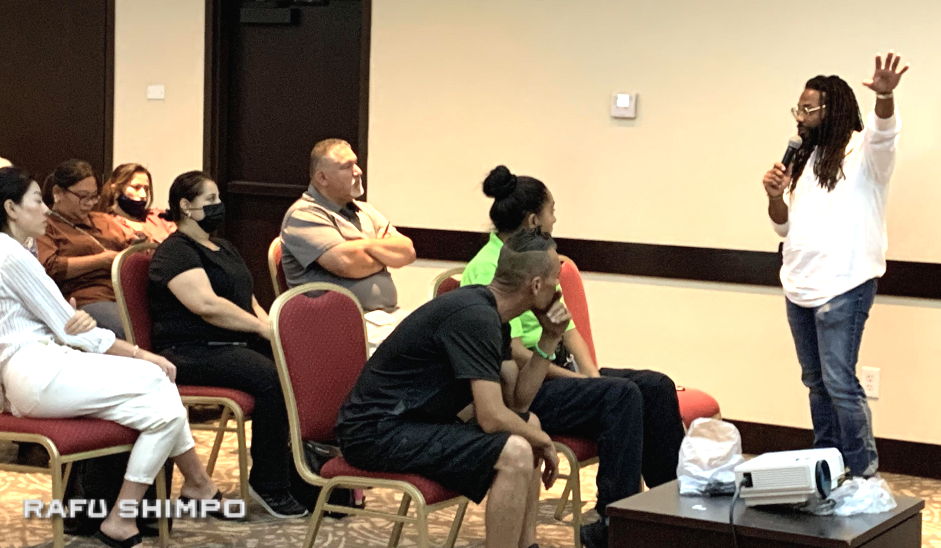 A plan to open a crisis intervention center for the homeless along a historic section of Little Tokyo has drawn a mix of reactions from shopkeepers and residents, including calls for the city to move the installation to another location.

At a community forum hosted by the Little Tokyo Business Association on September 9, stakeholders questioned the City of Los Angeles’ decision to implement a pilot program that will include a 24-hour call center and 7 days a week, a crisis intervention team, proactive outreach teams on the street during opening hours and a decompression center for homeless people.

The program, dubbed Crisis and Incident Response through Community-Led Engagement (CIRCLE), launched in Venice and Hollywood in November 2021 with funding from Mayor Eric Garcetti’s nearly $1 billion justice budget for 2021. -2022.

According to Shannon Prior, City Homelessness Initiatives program manager for Garcetti, teams consisting of an outreach worker, mental health clinician or licensed behavioral health clinician, and community ambassador provide an unarmed response. to non-emergency 911 calls related to homelessness (HOP) and divert them from law enforcement.

Due to open by the end of this month, the Little Tokyo “decompression site” would serve downtown Los Angeles, including Chinatown and Historic Core, and Lincoln Heights. The nearby Arts District is not included.

Venice and Hollywood were chosen as pilot areas due to the high concentration of homeless people and the high volume of service calls, organizers said.

For about a year and a half, starting in November 2019, Little Tokyo saw the emergence of a large encampment on Toriumi Plaza above the parking lot at First and Aiso Streets. Visitors no longer felt safe parking in the structure, which was built in 2012 to alleviate the loss of public parking due to community redevelopment.

However, last March 17, spurred by complaints of criminal activity, unsanitary conditions, and violations of the Americans with Disabilities Act (ADA), council member Kevin de Leon authorized the plaza to be cleaned up. De Leon staff were able to direct approximately 100 homeless people to temporary or permanent accommodation. Currently, around four to six tents remain on the sidewalk outside the plaza.

Unlike Venice and Hollywood, Little Tokyo currently does not have a high concentration of homeless people.

Traders and residents present at the September 9 meeting fear that the introduction of the CIRCLE program will lead to another large encampment. Little Tokyo’s proposed location at 305 E. First St. is adjacent to the Koban Visitor Center along “Ramen Row”, one of the city’s busiest and most popular thoroughfares. community.

According to an article by Nikki Silverstein of the San Rafael-based newspaper Pacific sun, “Urban Alchemy’s criticisms run the gamut from a ‘mercenary’ organization to inadequate staff training. At least six lawsuits have been filed against Urban Alchemy since its inception in 2018. Last year, more than 450 employees filed a potential class action lawsuit alleging labor violations.

Spectrum News 1 reported that the problems in Venice have less to do with Urban Alchemy and more to do with LA County having too few mental health beds and too few affordable housing. “Most of their time,” according to Spectrum reporter Kate Cagle, “is spent building relationships with the homeless community that will only pay off over time.”

Urban Alchemy’s website says most of its 1,100 employees “served life sentences” but did “serious personal work to get out from under” their incarceration.

Despite impassioned calls from Little Tokyo stakeholders for the city to change its location, Prior said she doubts the location could be changed due to the lack of available alternative city-owned space.

Friday’s meeting was convened by the Little Tokyo Business Association (LTBA) and was held at the Miyako Hotel Los Angeles. LTBA organized the rally in response to concerns raised by merchants and residents, including:

• The city’s failure to consult with Little Tokyo leaders prior to the selection of the problematic site.

• Missed opportunity to build on outreach and referral services that are already part of a collaborative effort between the council’s District 14 office and the Little Tokyo BID.

2022-09-16
Previous Post: Maura Higgins shows up at her nephew’s school to confront cruel bullies
Next Post: Paul Whelans’ sister says now is not the right time to designate Russia as a terrorist state – reports