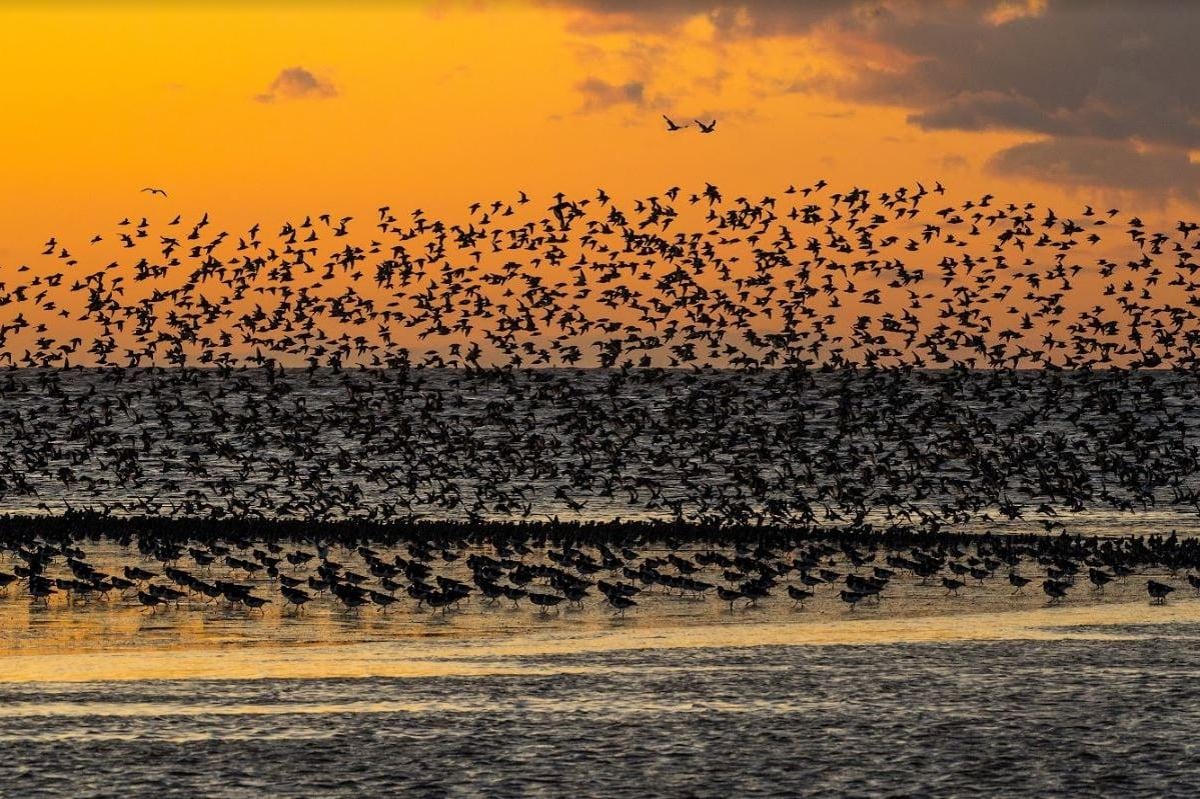 An application has been submitted by the RSPB to the Department for Culture, Media and Sport for East Coast Wetlands, covering habitats from the Humber in the north to the Thames in the south, to be added to the provisional list of sites UK World Heritage Site.

Currently there are only two natural World Heritage sites in the UK; Dorset and East Devon coast and the Giant’s Causeway and the Causeway Coast.

It comes after a recent study, authored by consultants ABPmer, concluded that the East Coast has “outstanding universal value” due to the world-class network of coastal wetlands which are home to populations of migratory birds of importance world.

A flock of wading birds at sunset Photo: Phill Gwilliam

About a million birds migrate to the east coast each winter for shelter from harsh conditions in Scandinavia, Canada, Greenland and Siberia, where they feed on a rich buffet of invertebrates on muddy shores.

In the spring, the coast fills with around 200,000 migrating and breeding birds, and in the fall, around 700,000 birds settle in the area.

The wetlands are home to more than 155 different species of birds, including 29 that congregate in “internationally significant numbers” and many of which are endangered.

The application was submitted in response to a government review of potential sites and is led by the RSPB and supported by the National Trust, Wildfowl and Wetlands Trust, several councils and The Crown Estate.

Richard Barnard, regional director for Yorkshire and the Humber for the RSPB, said: “A wide range of species use the Humber as an essential home and refuge on huge migratory journeys. It’s so exciting to think that the east coast is up there with some of the most important places for nature globally.

The proposed boundary of the site is defined by existing nature conservation areas covering 170,000 hectares of coastline from the Humber Estuary in the north to the River Thames in the south.

“At WWT, we see how important protected wetlands are in providing vital food and shelter for the tens of thousands of wild waterfowl that arrive each year at our reserves in spectacular flocks on their annual winter migrations.

“People in the East Riding of Yorkshire and Lincolnshire have always known how fantastic the Humber Wetlands are, but their recognition on the world stage would help us all stand up for these habitats and the importance of protecting and nurturing them. celebrate them.”

A decision on whether the East Coast wetlands will be added to the UK’s Tentative List is expected in early 2023.

The Galapagos Islands are a volcanic archipelago in the Pacific Ocean. It is considered one of the world’s top destinations for wildlife viewing, while the Great Barrier Reef is the largest coral reef system in the world.

Mount Kilimanjaro is a dormant volcano in Tanzania and the highest mountain in Africa.