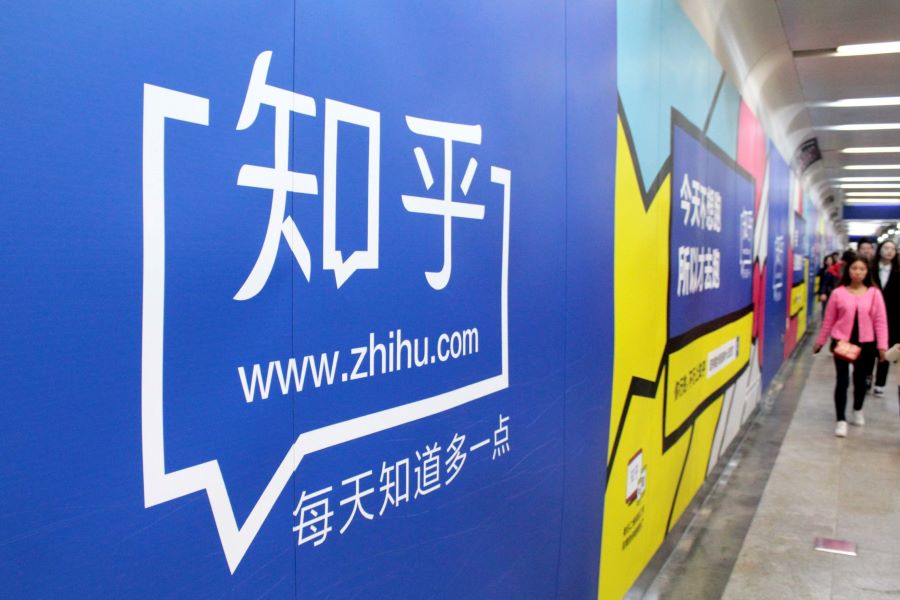 In the ongoing game of “yes” and “no” played by the leading Q&A site Zhihu Inc. ZHthe answer to the question of whether the company could make its very first profit in its latest earnings report was a clear “no”. But Zhihu, often called China’s Quora, is trying hard. Its latest results show it may have finally found an answer to the profit challenge in professional training services, which saw explosive growth in the first quarter.

Zhihu’s latest earnings report released last Wednesday, its first since its dual listing in Hong Kong, showed its revenue rose 55.4% year-on-year to 743 million yuan ($111 million) in first quarter of 2022. But its adjusted net loss rose even more 89.8% to 367 million yuan from 194 million yuan a year earlier.

Despite mounting losses, Zhihu still achieved revenue that exceeded its own previous forecast amid repeated Covid outbreaks that led to mass shutdowns and other macroeconomic headwinds. This appears to show that Founder and CEO Zhou Yuan is continuing his quest to “turn good content into good revenue” by diversifying the company’s revenue streams.

Investors appeared encouraged by the report, sending U.S. shares of Zhihu up as much as 10% on the day of the earnings release, although the shares later gave back much of those gains to close up 2.26% . But more people took notice the next day, triggering a 22% rise in the stock, giving Zhihu a price-to-book (P/B) ratio of just over 1. Yet at its last close of 1 $.55, the stock is well below the $9.50 price for its IPO shares in March of last year.

The latest financial report shows that Zhihu is making steady progress in optimizing its revenue structure, which is mainly based on online advertising, commercial content solutions and paid subscriptions. Experiencing rapid user growth, business content solutions have become the company’s largest source of revenue, accounting for 30.5% of its total, with revenue up 87.7% year-over-year for reach 227 million yuan in the first quarter.

Another highlight was the emergence of Zhihu’s vocational education services as a new engine of growth, with explosive annual growth of 1,196%, accounting for just over 5% of total revenue. This is mainly due to more diversified vocational training courses and related mergers and acquisitions in the second half of 2021, the company said, taking advantage of China’s encouragement for the private sector to play a greater role in this vocational training intended to adults.

Analysts were pleased with the results, noting that the company’s latest performance shows that it can perform well even in the face of the many challenges currently facing Chinese companies and that it should benefit from a higher valuation premium.

The company’s ability to grow in the face of such headwinds stands in contrast to older content communities such as Hupu and Duban, which grew much slower and failed to build their own rosters. One of the reasons for Zhihu’s low valuation may be its lesser use of photos and videos which are the most popular on the internet and sexier to investors. This made it difficult for Zhihu to compete with video specialists like bilibili BILI and Kuaishou (1024.HK), which have much higher P/B ratios of 2.54 and 5.78, respectively.

Faced with its low valuation, Zhihu certainly cannot be blamed for its lack of efforts to improve its efficiency and support its actions.

The company announced a $100 million stock buyback with its latest results. And while he didn’t provide any guidance for the second quarter in his latest report, likely due to all the economic uncertainties, Zhou said on Zhihu’s earnings call that advertising and commercial content solutions were still expected to achieve double-digit growth in the second. trimester. He added that cutting costs and increasing efficiency will be a key task this year and next.

Zhihu has continuously lost money since its inception in 2010. Such red ink previously did not bother investors, who valued companies like Zhihu for their potential rather than their profits. But as headwinds increase, including inflation and a slowing Chinese economy, profitability has become more important. This leads Zhihu and his peers to try to reduce costs and increase efficiency in order to regain favor with investors.

Companies are increasingly turning to job cuts as part of this strategy, and Zhihu was no exception. Rumors of job cuts at the company began earlier this year, and Zhihu is said to have made a fourth round of layoffs across its technology, marketing, education and community sections just before its latest earnings release. Reports say the cuts have affected 20% to 30% of the company’s workforce.

Zhihu did not confirm any figures, but called such cuts an integral part of its business and organizational optimization. On the earnings call, Zhou said Zhihu’s workforce would be structurally changed and reduced, and seemed confident the company’s ability to come out of the red. Zhihu is just the latest internet company to turn to such layoffs to control costs, following similar moves by big names like Ali Baba BABA, Tencent (0700.HK) and Houya HUYA.

Internet analyst Zhang Shule noted that it is impossible to reduce red ink by job cuts alone, and the improvement in income is more important.

Since starting its marketing campaign in earnest in 2016, Zhihu has ventured into live streaming, short video, e-commerce and other fields, in addition to its basic advertising and paid subscriptions. . But due to various reasons such as timing and strategy, most of his attempts failed to take off. In this regard, it seems that Zhihu has finally found a new winner in the professional education sector, which may help him in his marketing campaign.

China has actively encouraged the development of vocational education by the private sector, in contrast to its recent crackdown on education service providers for K-12 students. The State Council first issued a National Vocational Education Reform Implementation Plan in January 2019. Since then, other government agencies have issued a steady stream of guidance documents outlining the importance of modern vocational education and lifelong learning. The state has also provided financial support for these efforts.

But Zhihu is not alone in exploiting the sector and could face stiff competition. Some companies like New Eastern Education EDU, which lost much of their business during last year’s K-12 crackdown, are now piling up in space as well. And there is also competition from others like Beijing Offcn Education Technology (002607.SZ) and Huatu Hongyang Corp.

2022-05-31
Previous Post: What time Obi-Wan Kenobi comes out on Disney+
Next Post: Islamic banking system without riba: FSC 5-year deadline “too ambitious” according to Miftah