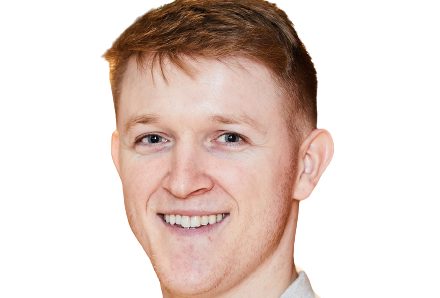 The design of the flagship initiative adds additional complexity to the funding system and reinforces inequalities, writes a local government researcher.

In November, Michael Gove signaled his support for “simplifying and streamlining” tenders, instructing minister Neil O’Brien to review the agenda.

In committing to laying out a plan this year, the upgrade white paper went one step further – even if the three months from the committee appearance to the white paper was a missed opportunity to move a plane over the line.

Despite the welcome direction of travel, competitive bidding has long been labyrinthine, inefficient, and resource-intensive. There are at least 117 competing pots and in the case of the recent national bus strategy, bids from local transport authorities exceeded the allocation by six times. Local authorities are trapped in a cycle of bidding, in a sense, for funding that does not exist.

Although past attempts to reform the funding landscape have been successful, such as the one-off regeneration budget which brought together £5.7bn from 20 funding streams over an eight-year period and at least enabled local institutions to make longer-term, strategic decisions, more recently Whitehall has dealt almost exclusively with short-term competitive funding.

In this context, research on the Community Renewal Fund (CRF) suggests that its design adds further complexity and entrenches inequities. There are four reasons for this.

District councils are not eligible to apply for funding directly and are instead required to submit their applications to the “lead authorities”.

First, each authority is eligible to bid up to £3m, which is neither fair nor responsive to need. Birmingham City Council, with a population of over 1.1 million, can bid for the same amount of funding as the Isles of Scilly, with a population to the south of 2,500.

Newly reorganized local authorities may feel particularly aggrieved by this situation, and this runs counter to the prevailing assumption that reorganization will allow the new authorities to access larger pools of funding.

Second, at best the fund raises a democratic question mark and at worst it creates a democratic deficit. District councils are not eligible to apply for funding directly and are instead required to submit their applications to ‘principal authorities’ – county, unitary and combined authorities – who assess them and submit them to Whitehall.

Given that the government’s 100 priority areas include district councils, there is a mismatch between where it wants to direct funding and which authorities have the most power to get there.

One official likened navigating government-defined governance arrangements to a “grey area of ​​accountability”. In the case of Greater Manchester CA, its approach to assessments was endorsed by the constituent authorities, as opposed to its results. Authorities such as Cornwall and Herefordshire Councils, North Yorkshire and Cumbria CCs, Southend-on-Sea BC and Stoke-on-Trent City Council have chosen to employ consultants.

There are legitimate reasons for bringing in outside expertise, of course, including the lack of capacity of local authorities or the short deadline for submission. Yet, despite the government’s emphasis on strong local leadership, the CRF undermines it to some extent.

In its review of the green paper, the Treasury disputes the approach adopted by the government. Consultants can “add value on the technical aspects” but are “less familiar with the strategic political context”, which creates “a vicious circle” and “erodes the expertise of [in-house] officials”.

This is compounded by a “lack of bandwidth, understanding and in-depth experience” in Whitehall to “perform a consistent and rigorous review of business cases” and a failure to understand the interdependencies between the various funding pots, sometimes held. by different parts of Whitehall.

Fourth, the design of the CRF undermines cross-border projects. Since the authorities are required to establish an “indicative breakdown of expenditure by location”, a decision must be made on how this expenditure is allocated to the authorities.

Some authorities may feel they have been given a rough ride if the majority of their £3m goes to inter-borough projects and as such they are able to bid fewer, while North Yorkshire CC submitted up to 28 applications.

Whether or not some authorities have chosen to pursue cross-cutting projects, the point here is that the government’s zero-sum approach incorporates competition, not collaboration: authorities will need to assess whether they are pursuing a partnership that might better suit their region. at the expense of a project that might better suit their authority.

For these reasons, it is difficult to reconcile the “imaginative new approaches” envisaged by the CRF with what has been delivered.

Pending the prospectus for the UK’s shared prosperity fund, the government has a short window of opportunity to address concerns identified by local authorities. The pre-orientations launched alongside the white paper confirm that the Shared Prosperity Fund and the Leveling Fund can be used together. It’s welcome.

Yet recent criticism from the National Audit Office of the government’s approach to economic growth and the government’s failure to conduct mid-term reviews of the CRF – which were due to take place in November and inform the design of the shared prosperity – suggest that government is not always adept and learning from past failures.

The cost of the Community Renewal Fund laid bare

I have asked all principal authorities whose submissions to the Community Renewal Fund have not been successful to estimate their costs, writes Jack Shaw. Many were unable to do so – and this picture is necessarily incomplete given the range of local institutions putting forward submissions for the responsible authorities to assess, but here is an overview.

Of 1,046 submissions made to the government, 477 were accepted. Only 24 of them were over £1m, with 64 of them under £100,000. Not a single project in Scotland has received more than £1million, while in England’s most deprived local authority, Blackpool, one of its four successful bids, for a feasibility study on the role of museums and digital archives in culture-focused regeneration, only got £13,670. The fact that a council feels unable to meet the cost of a feasibility study may illustrate the budget cuts that he has suffered over the past 12 years.

The cost of preparing submissions was rarely cited as an issue, largely because authorities do not consistently record this information. The government has also made £20,000 of capacity funding available, but only for each of the 100 priority areas.

Beyond that, where capacity funding did not cover costs that authorities could identify, it was a relatively low figure.

It was clear that the authorities needed to assemble entire teams – 15 officers in the case of North Yorkshire – to produce good quality submissions. Eleven officers on Glasgow City Council, nine in Portsmouth. Falkirk Council has set up an eight-member panel, while Perth & Kinross Council has set up a panel with external representation.

Success rates varied. North Yorkshire received 66 submissions and presented 28 for consideration in Whitehall. None succeeded. Despite being a priority area, none of South Tyneside MBC’s 11 submissions were successful. Cumbria’s eight submissions also failed.

Sgiliauâ, an unsuccessful bid, was mistakenly awarded to Powys County Council by Whitehall. Council is still waiting for the file to be corrected.

While local authorities will have some understanding of government expectations, less well-equipped institutions may not. In one case, a local church asked for £17,000 to cover day-to-day staff costs – well outside the remit of the CRF.

If, as Michael Gove has suggested, redressing the fragmented funding landscape is overdue, given what didn’t work well under the CRF before the introduction of the Shared Prosperity Fund would be a good point departure.