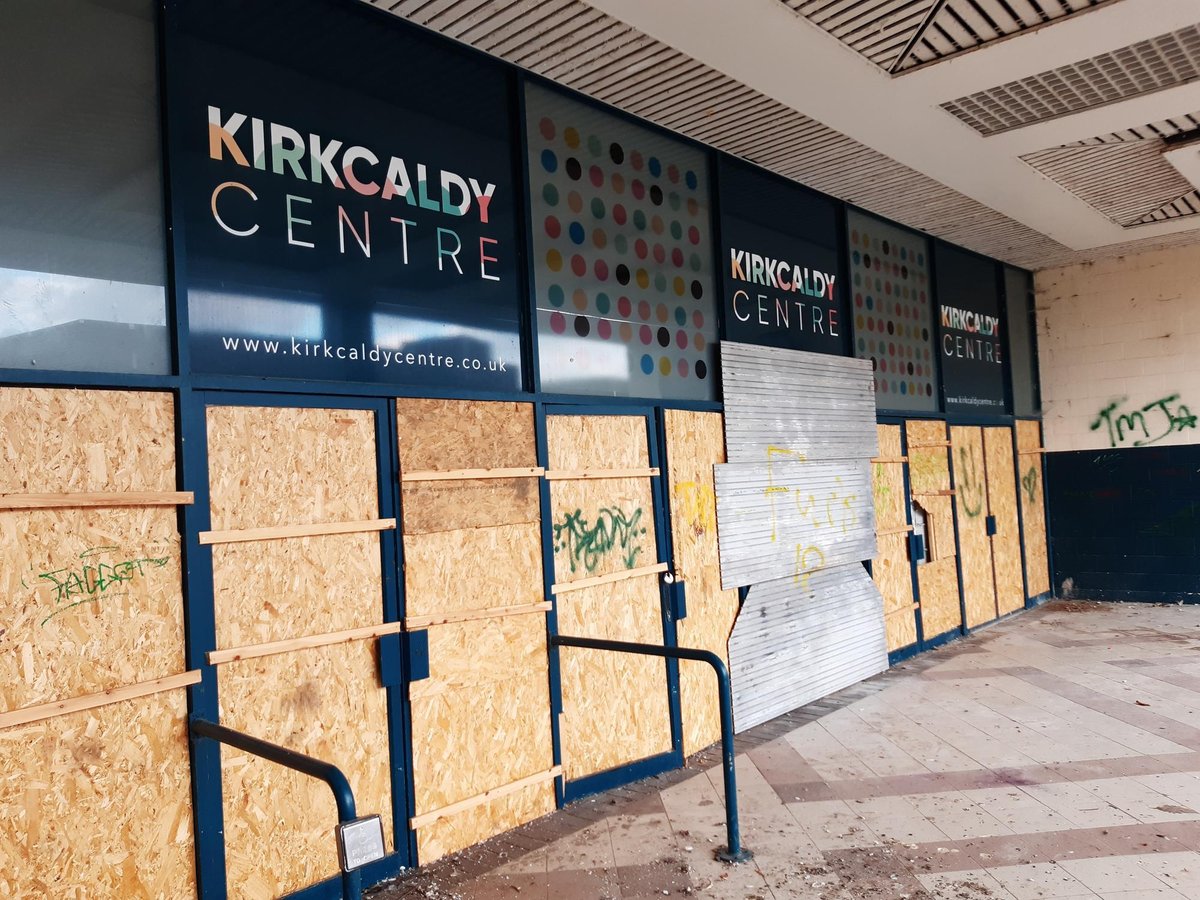 The displays will be demolished to make way for the redevelopment of the site.

The center made headlines when it was auctioned for £1 by its former owners Columbia Threadneedle in 2019.

It was bought by investor Tahir Ali at auction for just over £300,000 and renamed Kirkcaldy Center in a bid to breathe new life into it.

The boarded up entrance to Kirkcaldy Centre, formerly The Postings shopping centre, which is now empty

But the doors finally closed in the summer of 2021 after the departure of the last tenants, Farmfoods and Lloyds Chemist.

Since then, the building has been vandalized and broken into, resulting in it being secured with corrugated iron sheets and a bricked-up entrance.

Talks have been going on for some time between Mr Ali and Fife Council over the next steps for the huge site.

Tahir Ali of Wakefield-based Evergold Property – new owners of The Postings which will be renamed The Kirkcaldy Centre. Photo of Tahir Ali

At today’s meeting of the local authority’s cabinet committee, councilors met in private session to discuss its redevelopment potential and how to deal with the 84-year lease it has on the car park above The Postings – a deal that costs £70,000 a year.

Councilors gave the go-ahead to back the redevelopment after reaching a tentative deal with Mr Ali.

Over the next 12 months, subject to necessary planning approval and consents being given, the semi-derelict and empty building will be demolished, creating space for development.

He said: “This is great news for Kirkcaldy. The mall is now 40 years old and has been in decline for a few years.

“Despite the takeover of the Kirkcaldy Center in 2019, a rebranding exercise and efforts to market the vacant units, the remaining occupants left, and the center is now completely vacant and has been closed by the owner.

“By demolishing and cleaning up this site, it offers a fantastic opportunity for redevelopment that could provide a much-appreciated boost to the local economy.

“It also complements the rest of the ongoing regeneration work in the city center and helps reduce the number of derelict buildings in the city.

“I can’t wait for this prime location to come back to life.”

Mr Ali, who also owns a number of buildings on the main street adjacent to allotments, has been in talks with local authorities during the lockdown.

He said: “The replacement of the now derelict old shopping center will give a significant boost to the vibrancy of this part of town.

“Due to the difficult economic circumstances, it is more important than ever that the public and private sectors work together to encourage the economic regeneration of inner cities.”