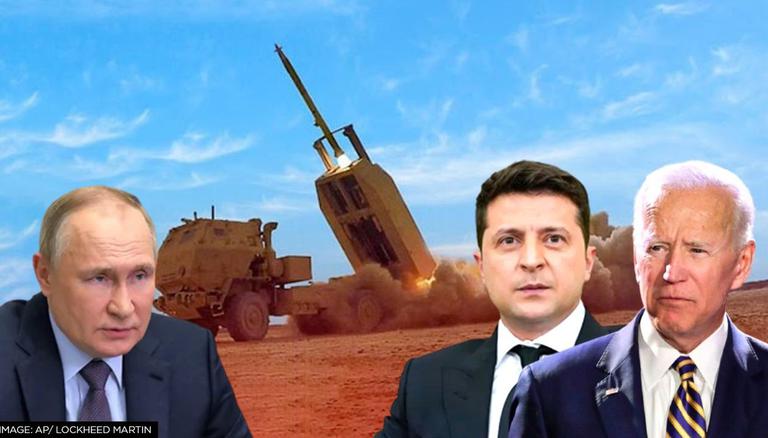 Know HIMARS, the PATRIOT air defense system that the United States could deliver to Ukraine

A day after the US Senate overwhelmingly approved nearly $40 billion in new aid for Ukraine, the Biden administration is also expected to deliver the HIMARS missile system and the Patriot air defense in the war-ravaged country. Although the large sum is being spent on aiding Ukrainian refugees in the United States, seizing the assets of Russian oligarchs, reopening the United States Embassy in kyiv and prosecuting Russian war crimes, there are reports that the United States plans to “offer” the most advanced weapons to deter aggression from Russian forces.

What is the HIMARS missile system?

According to Lockheed Martin Corporation, an American organization that manufactures advanced weapons for the United States military, HIMARS – High Mobility Artillery Rocket System – is a full-spectrum, all-weather, 24/7 wheeled precision strike weapon. on a 7, lethal and reactive. system. It is designed to destroy enemy targets up to 300 kilometers away. It utilizes a shooter and scooter capability that improves crew and rig survivability in high-risk environments. HIMARS carries a single six-pack GMLRS rocket or TACMS missile on the Army’s Medium Tactical Vehicle (FMTV) family 5-ton truck and can launch the entire family of MLRS munitions. The company claims that with a recognized and proven range of 300 km, HIMARS provides affordable, fast and long-range precision strikes.

What is a PATRIOT?

According to the North Atlantic Treaty Organization (NATO), the PATRIOT (Phased-Array Tracking Radar to Intercept On Target) weapon system combats enemy airborne threats ranging from airplanes and helicopters to medium-range ballistic missiles such as than SCUD missiles. A PATRIOT battery mainly consists of an engagement control station (ECS, fire control center), a radar and six launch stations. Launch stations are loaded with a combination of PATRIOT missiles, depending on the threat. The PAC-3 missile is the most advanced missile and has a “Hit-to-Kill” capability.

This missile has an extended range, allowing for more effective ballistic missile interceptions and at higher altitudes. Horizontal range can be greatly increased by positioning launch stations farther from the radar. The PATRIOT radar is a fixed radar that uses an electronically controlled radar beam for target detection, classification and identification as well as guidance for the system’s own missiles. A PATRIOT battery is capable of simultaneously tracking a large number of targets and carrying out several interceptions at once.

It is relevant to mention that Russia launched a full-fledged war against Ukraine almost two days after Vladimir Putin signed a decree recognizing the independence of Donetsk and Luhansk regions on February 24. Since then, it has bombed several cities in Ukraine, resulting in the deaths of thousands of civilians and the loss of infrastructure. Despite repeated warnings from the West, Russian Foreign Minister Sergei Lavrov, in an interview with Russian media, said: “Russia is not in the mood to conclude the ongoing ‘military operations’ without reaching the target.