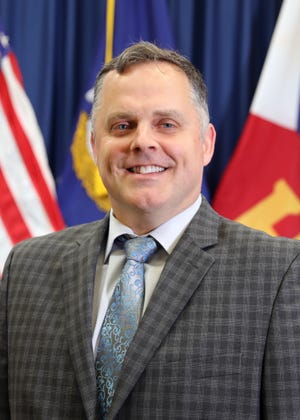 Stewart, an LSU graduate who began his career at LUS as an electrical engineer in 2001, has served as the utility’s power and engineering manager since 2014. In this role, he oversaw 120 employees at full time and an annual budget of $240 million.

“For over 20 years, Jeff has been a key part of the LUS team. His experience, expertise and proven leadership in the utility and engineering fields are and have been an asset to LUS. He is well equipped to lead the moving department forward,” Guillory said in his announcement.

Stewart was a finalist for the job alongside James Jason Terry of the Kissimmee Utility Authority and Paul A. Jakubczak of the Fort Pierce Utilities Authority, both of Florida. Two additional candidates were previously removed from consideration after one withdrew and another was disqualified by LUS Consulting Engineer Burns & McDonnell.

Stewart, the only internal candidate, became the last candidate in the hunt for the post of director of LUS after Terry and Jakubczak withdrew their offers for what is the highest-paying position in the consolidated Lafayette government.

The position of director of LUS pays around $250,000 a year, although that may change with Stewart’s appointment. He previously led LUS as interim director for more than a year following the retirement of longtime director Terry Huval in 2018.

Guillory announced the decision Friday, which will need to be ratified by a vote of the Lafayette City Council.

“I am honored to serve the Lafayette community and proud to represent our employees. LUS is a vital part of Lafayette’s vibrant and successful history and for 125 years has provided electrical, water and utility services. highest quality wastewater,” said Stewart, who lives in Lafayette with his wife and daughter.

“My goal is to carry on this legacy of excellence for decades to come. The industry is changing and we face great challenges. I am ready to turn them into opportunities.”

Since stepping down as interim director, Stewart has led the development of LUS’s vision for the future of its energy supply chain and helped launch the system. first map of online power cuts and notification system.

Stewart led the two-year process to develop LUS’s Integrated Resource Plan, which mapped the long-term needs for electricity production and weighed the likely decommissioning of its coal-fired power station near Alexandria in the coming years.

City Council President Nanette Cook said on Friday she was “extremely pleased” with Guillory’s choice of Stewart for the top job in public service.

“Jeff has been a loyal employee of LUS for about 20 years. And he’s also been a member of our tax-paying community for some time. I respect his love for LUS and Lafayette,” Cook said.

Councilman Andy Naquin also pointed to Stewart’s decades of experience at LUS as a benefit to the city-owned utility.

“His experience of our local utility system and background gives us the edge of someone who can step in and run LUS’s business,” Naquin said. “I don’t foresee any problems with his qualifications.”