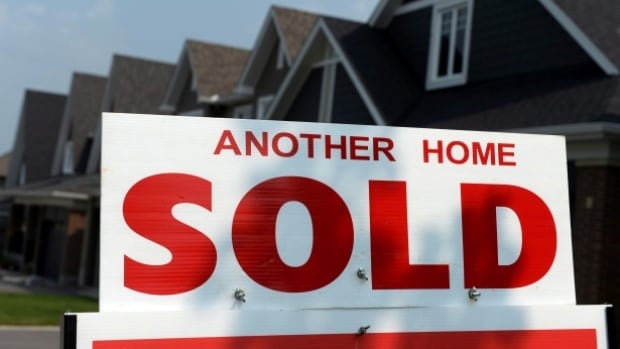 Gabriel Haney is looking to buy a one bedroom apartment in Langley or Burnaby.

The 26-year-old from Langley says he hopes to take advantage of British Columbia’s first-time homebuyer program, an incentive that exempts people buying their first home from paying land transfer taxes, which vary between one and three percent of the cost of the home — provided the property is purchased for $500,000 or less.

“I’m relying on this grant to be able to afford a house,” said Haney, a high school teacher.

But even though Haney’s budget is around that figure, he says he’s struggling to find a home that meets the $500,000 maximum purchase price criteria.

He remembers a house he had recently bid on that received 30 more bids.

“Even if I wanted to take advantage of [the program]i can’t because i can’t compete with other people bidding above [the price limit].”

“There is no property … that would qualify”

Metro Vancouver mortgage broker Jerry Jackman, who has been with the business for more than 20 years, says he doesn’t remember any clients who recently accessed the incentive.

“It’s ridiculous to suggest this is a benefit for first-time buyers when there is no property they can buy that would qualify them for the rebate,” he said. .

Jackman, who co-owns Think Mortgages with his son, says even outside of Metro Vancouver, properties under $500,000 are hard to come by.

“It’s really not an advantage when there’s nothing to buy.”

Buyers outside the Lower Mainland are also struggling to find homes below the price line.

Michael Huber, 42, and his wife Elsa are buying their first home in Port Alberni on Vancouver Island for $600,000, meaning they don’t qualify for the tax exemption.

“I think all first-time home buyers should have the opportunity to get a tax holiday…why not give these people a break?” Huber said.

Huber, who is from Surrey, says affordability was one of the reasons they decided to move to Port Alberni. Price caps, he says, are “completely unrealistic” in the BC market today.

“They have to shake their heads or at least come back to the table and do the math, because it’s not fair.”

“Making housing more affordable for individuals and families is a priority for this government, and it is just one of many programs available to help people gain access to home ownership,” the department said in a statement by email.

The tax exemption for first-time home buyers was first introduced by the provincial government in 1994. The maximum house price has been raised several times since then.

Brendon Ogmundson, BCREA’s chief economist, says the limit hasn’t kept up with house prices, in part because of a sharp rise in prices over the past two years.

“If you don’t at least index inflation with these thresholds, they’re just going to become less relevant,” he said.

Ogmundson says those hoping to buy a home for less than $500,000 in the province are limited to certain areas: median property prices fall below that amount in the Cariboo region of northern British Columbia and in the Kootenays, excluding major cities. Parts of the Fraser Valley have a median apartment price below $500,000, he adds.

“If you’re looking in Victoria or Vancouver, it’s going to be really, really tough.”

The finance ministry said the government reviews and considers provincial tax changes every year, but it’s too early to talk about changes in the 2023 budget.

Thomas Davidoff, a finance professor at the University of British Columbia who specializes in real estate, says that while expanding this incentive will help some people buy their first home, the government should focus on other measures to housing affordability.

“It helps people cross the line, but on the other hand, you reward people who are about to cross the line or who would have crossed the line anyway. People who have no chance of buying a house don’t benefit,” Davidoff said. .

He said the government should focus on increasing supply and providing financial support for low-income tenants.

“I think we have a problem with too much demand or not enough supply. I’m not sure the government should extend the generosity of home buying incentives.”