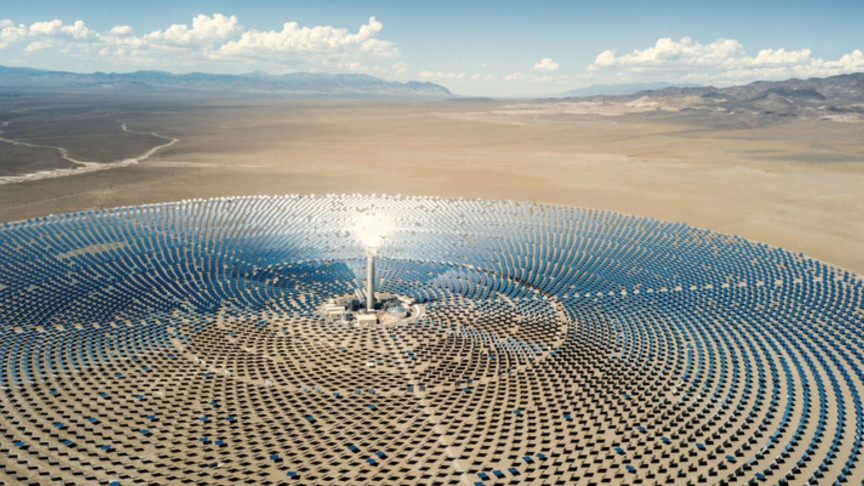 Concentrated solar power (CPS) has the potential to reduce the cost of renewable energy and provide highly available dispatchable power at any time of the day.

the The National Renewable Energy Laboratory (NREL) and the Department of Energy (DoE) are both working on the next generation of CPS installations under DoE plans to meet an energy cost target of 5 cents per kWh, reveals a press release.

In order to achieve this goal, the US government agency awarded NREL $2 million to develop a prototype system capable of harnessing the great energy potential of molten salts while taming their corrosive properties.

What is concentrated solar power?

Concentrated solar power (CPS) uses a wide array of mirrors, or heliostats, to direct sunlight into collection towers that store that energy as heat in sand, rocks or molten salt. As it incorporates long-lasting thermal heat storage, it can distribute energy at any time of the day, and it is particularly useful in areas that might depend on traditional solar photovoltaic (solar panels) during the rush hours. Energy demand typically peaks at sunset when the solar panels begin to produce less power – a phenomenon known as the duck curve.

The DoE has identified three key areas of innovation for CPS: heat storage in liquids such as molten salts, in sand-like particles, and also in gases. Although the US government agency decided to focus most of its funding on particle-based storage, it also provided funds to NREL to conduct a two-year liquid molten salt research program.

Molten salts have great potential as they are convenient to work with and can easily move pipes and heat exchangers. It is these properties that have also sparked renewed interest in molten salt reactor ideas, as the world continues to struggle with the transition from fossil fuel consumption.

A few practical challenges have stood in the way when it comes to molten salt CPS. For example, the material is corrosive and can damage holding tanks during the heat energy transfer process. However, according to Craig Turchi, who leads thermal energy science and technology research at NREL, researchers have “actually solved this problem overall. NREL and its partners have done a lot of scientific research on the chemistry of salt – how to purify it, how to make it relatively non-corrosive if you control the chemistry, and we’ve demonstrated that in the lab.”

Harness the power of molten salts

In its attempt to exploit molten salts, NREL decided to use chloride salts as opposed to the nitrate salts typically used in other molten salt applications. The company explained that nitrate salts show a greater level of stability under extreme temperatures.

The DoE awarded NREL $2 million to build a prototype tank that uses additional insulation to keep the molten salts – which freeze at 752°F (400°C) – at a high temperature. This, along with the work that NREL has done on the corrosion problem, means we could be getting closer to a viable molten salt CPS.

Other innovations caused the cost of CPS to drop by 47% between 2010 and 2019, and the price will only continue to drop. In addition, all of this research could help to significantly advance areas other than MSC.

According to Kerry Rippy, NREL expert in inorganic chemistry, “There are multiple potential avenues for this research to be valuable. It may be beneficial for solar fuel synthesis; it could enable high-temperature fuel cells, and industrial nuclear is also very interested in this research.”

Although CPS technology still has some way to go to meet the DoE’s 5 cents per kWh target, it could eventually provide an alternative to solar PV with much higher amounts of easily dispatchable energy.

2022-02-16
Previous Post: Former Governor Sonny Perdue has been chosen to lead Georgia’s public university system
Next Post: Lost paintings by Basquiat on display for the first time at the Orlando Museum of Art