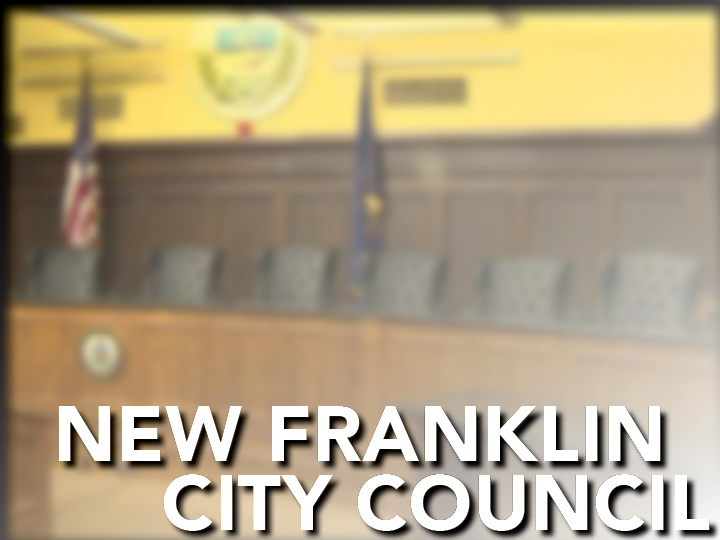 NEW FRANKLIN — The New Franklin City Council on April 6 approved the $52,000 purchase of a fire station alarm system from Bryx Inc. that will be used at the city’s two fire stations.
Fire Chief Steve Leslie explained that voice-to-text technology will allow the new system to route 911 calls to responders in real time, eliminating the need for dispatchers to enter information, saving response time. .
“It also reduces the chance of human error,” Leslie said. “Let’s say there was a call on Homeland and the dispatcher hears ‘Highland.’ [The system] automatically sends the call from which the call originated to 911.”
Another unique aspect of the new system, Leslie said, is that rather than a sudden alarm sound, as with the old system, the sounds gradually escalate, which has helped reduce cardiac stress levels in the responding firefighters.
“It’s not cheap, but I think the benefit over time is something we want to do,” Leslie said.
He noted that the Bryx system is currently in use in Barberton, Cuyahoga Falls, Fairlawn, Tallmadge and Springfield, and that Copley, Green, Lakemore and Norton have committed to buying it, while Coventry is considering it.
“With Green to go with it and hopefully Coventry, that means four of the five departments run by South Summit Dispatch – and hopefully all five [will be on the Bryx system],” he said. “It helps when we’re all on one system. Also, depending on the nature of the call, Bryx will send it to all departments.”
The South Summit Dispatch Center in Green dispatches for Green and New Franklin Fire and Police Departments and provides fire/EMS dispatch for Clinton, Coventry and Lakemore on a contract basis.
Leslie said maintenance and upgrades for five years are included in the $52,000 purchase price, and Bryx then offers maintenance and upgrades for $5,000 per year — an option that can be considered because the department is reimbursing the original contract over the next five years. years. He added that the new system likely won’t be fully operational for at least six months.
Councilman Jack Daniels (at-large) asked how responders know what type of call they are responding to if the system is linked in real-time to 911 calls. Leslie responded that while real-time response will improve times overall, dispatchers will always relay updated information to responders while they are on their way.
The purchase passed first reading and originally contained an emergency clause to allow the contract to enter into force immediately upon passing. Without this clause, the legislation would not take effect until 30 days after it was passed, according to city officials. Councilor Kevin Powell asked if the emergency clause was necessary, and Leslie said Bryx’s offer was good until May 13, so Council agreed to remove the emergency clause.
Also at the meeting, Council approved a one-year moratorium on issuing applications or permits for public storage or self-storage facilities in the city.
Mayor Paul Adamson said that although there are currently no permits pending for the storage facilities and only one permit approved for a planned installation on Renninger and Manchester roads, now is the right time to the moratorium to review the current zoning in light of the next full city plan update. .
Daniels added that residents should weigh in on the types of businesses they don’t want to see in the city.
In other matters, the Board approved:
• revisions to an agreement with Poggemeyer Design Group to perform a full plan update to add $67,640 to cover additional meetings;
• creation of a capital projects fund to pay for the construction of tennis and pickleball courts at Sisler Park; and
• The purchase of two 2022 Ford Police Explorer 4×4 vehicles from Montrose Ford for $66,333, with equipment costs ranging from $8,000 to $12,000. Adamson said the purchase was covered in part by a $15,000 insurance settlement for one of the vehicles, as well as a $5,000 donation from the Fraternal Order of Eagles of Portage Lakes, Aerie 2736 .
Later in the meeting, Adamson recognized the Eagles for another $5,000 donation towards the purchase of a spill containment trailer.
Adamson also answered a resident’s question about the seniors’ discounted monthly rate with Republic Services, after being told there was no seniors’ discount. He said there was a senior rate of $15.17 for limited service, meaning only items that can fit in the bins and recycling containers provided.
The new Franklin City Council will meet April 20 at 6 p.m. at City Hall, located at 5611 Manchester Road.

Please support Leader Publications as we continue to provide the community with local news.

Click on the link below for more information on our 2020 voluntary subscription campaign!