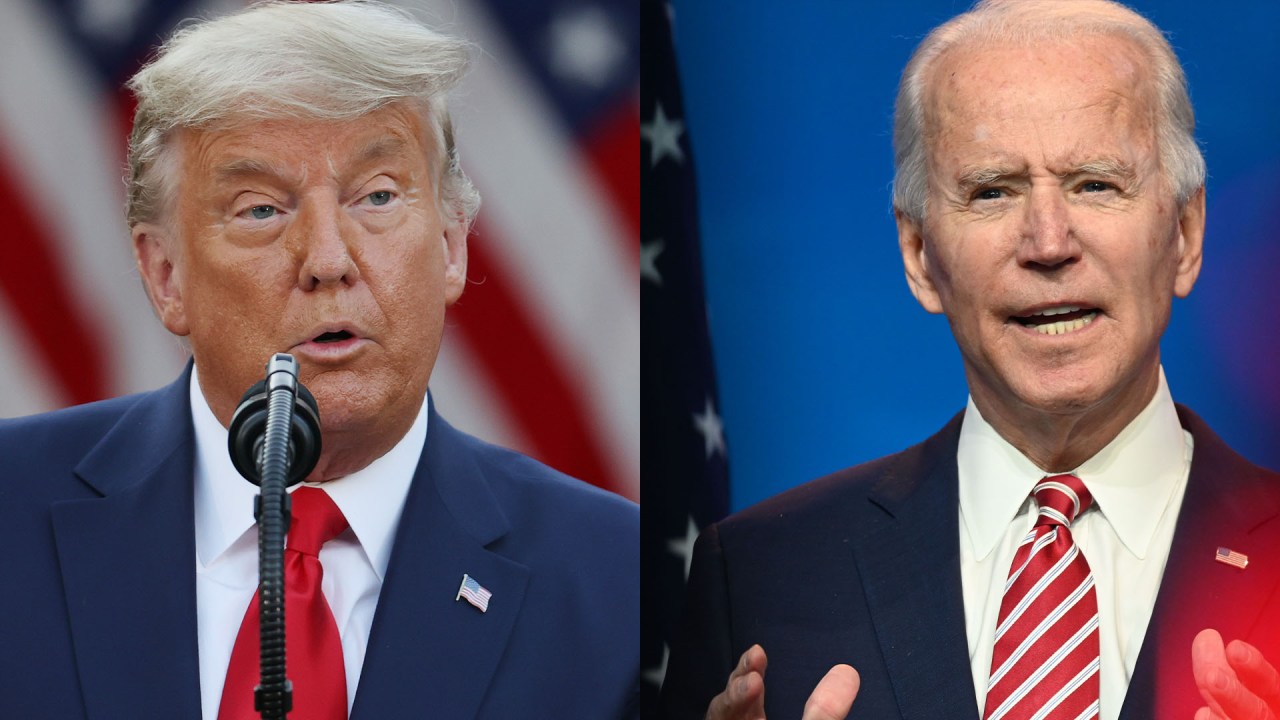 (The Hill) – Former President Donald Trump is leading President Joe Biden in a hypothetical matchup in 2024, according to a new Harvard CAPS-Harris Poll survey published exclusively on The Hill on Monday.

If the 2024 presidential election was happening right now, the poll finds Trump getting 47% support to Biden’s 41%. Twelve percent of voters are undecided.

The poll, while very early, portends trouble for Democrats in their 2024 effort to retain control of the White House after regaining it less than two years ago. Trump has repeatedly hinted that he is considering another run for president and remains deeply popular among the conservative GOP base.

Even if Trump and Biden choose not to run in 2024, Democrats could face some challenges. The Harvard CAPS-Harris Poll found Harris leading Florida Gov. Ron DeSantis, one of the current frontrunners for the 2024 GOP presidential nomination, by a narrow 2-point margin.

In this scenario, Harris takes 40% support for DeSantis’ 38% support.

Mark Penn, the co-director of the Harvard CAPS-Harris Poll, said Trump’s early leads on Harris and Biden are less about the former president’s popularity and more about Biden and his administration’s current challenges with the voters.

The poll found Biden’s current approval at just 39%, while the majority of respondents said the US economy and the country as a whole are on the wrong track.

“I wouldn’t give the tryouts a lot of weight right now except that they reflect the weakness of Biden and the administration right now,” Penn said. “The fact that Trump beat them both by a wide margin suggests that most Republican candidates once fully known to the public would beat them unless they were able to break out of the current nadir in their numbers.”

Trump remains the frontrunner for the 2024 GOP nod, with 59% of Republican voters saying they would back him if he tried another shot at the White House. Former Vice President Mike Pence and DeSantis are statistically tied for second place, garnering 11% and 10% support, respectively.

Sen. Ted Cruz (R-Texas) is the only other potential Republican nominee with a double-digit score in the poll. Ten percent of GOP voters say they would choose him, according to the Harvard CAPS-Harris Poll.

The Harvard CAPS-Harris Poll of 1,990 registered voters was conducted March 23-24. This is a collaboration between the Center for American Political Studies at Harvard University and the Harris Poll.

The survey is an online sample drawn from the Harris panel and weighted to reflect known demographics. As a representative online sample, it does not report a probability confidence interval.

2022-03-29
Previous Post: Plan of houses and factory on maps for Binstead site
Next Post: 4.4 million more Americans quit their jobs in February