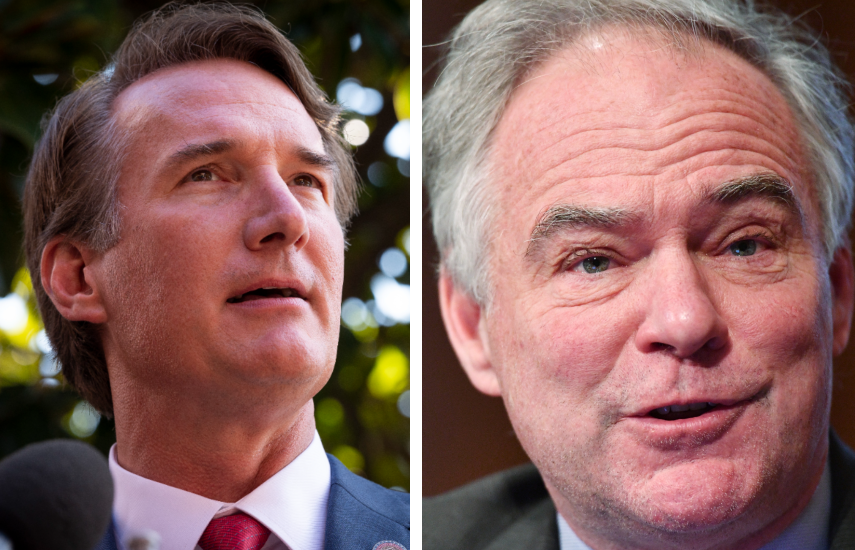 RICHMOND, Va. (WRIC) – In a new poll, Virginians were split when asked if they would support Sen. Tim Kaine (D-Va.) or Gov. Glenn Youngkin (R) in a hypothetical election to the US Senate in 2024.

The statewide poll, released Wednesday by the Center for Leadership and Media Studies at the University of Mary Washington, found that 41% of respondents would support Kaine and 39% would vote for Youngkin. Ten percent said they didn’t know or didn’t answer, 5% said they wouldn’t vote, and 5% said they would choose another candidate.

Governor Youngkin’s approval jumps to 55% in new poll, but Republicans favor Trump in 2024

“Governor Youngkin has been building his national profile in recent weeks as he campaigns for Republican candidates across the country, and that could help him if he chooses to run for the Senate,” Stephen J. Farnsworth, professor in political science at the University of Mary Washington and director of the Center for Leadership and Media Studies at UMW, said in a statement accompanying the poll.

Speculation about Youngkin’s presidential ambitions continued to grow with his campaign halts for Republican candidates across the country who raised his profile. While Youngkin’s moves suggest a possible presidential race, Farnsworth said the poll results indicate another path is on the table.

“While there has been some buzz lately about the governor being a potential presidential candidate, this poll suggests Youngkin has additional political opportunities here in Virginia,” he said.

Youngkin leaves door open for 2024 presidential bid, without pledging to back Trump

Virginia governors cannot serve consecutive terms, a reality that would require Youngkin to leave office before his term ends in 2026 to pursue the presidency or a Senate seat.

So far, Youngkin said he was focused on the Commonwealth and had tried to distance himself from talks of a possible presidential bid. But he did not close the door and has not pledged to support former President Donald Trump should he run in 2024.

Forty-four percent said President Joe Biden would be a major factor in their decision on who to vote for and 46% said the U.S. Supreme Court ruling overturns the constitutional right to abortion.

According to the Center for Leadership and Media Studies at the University of Mary Washington.