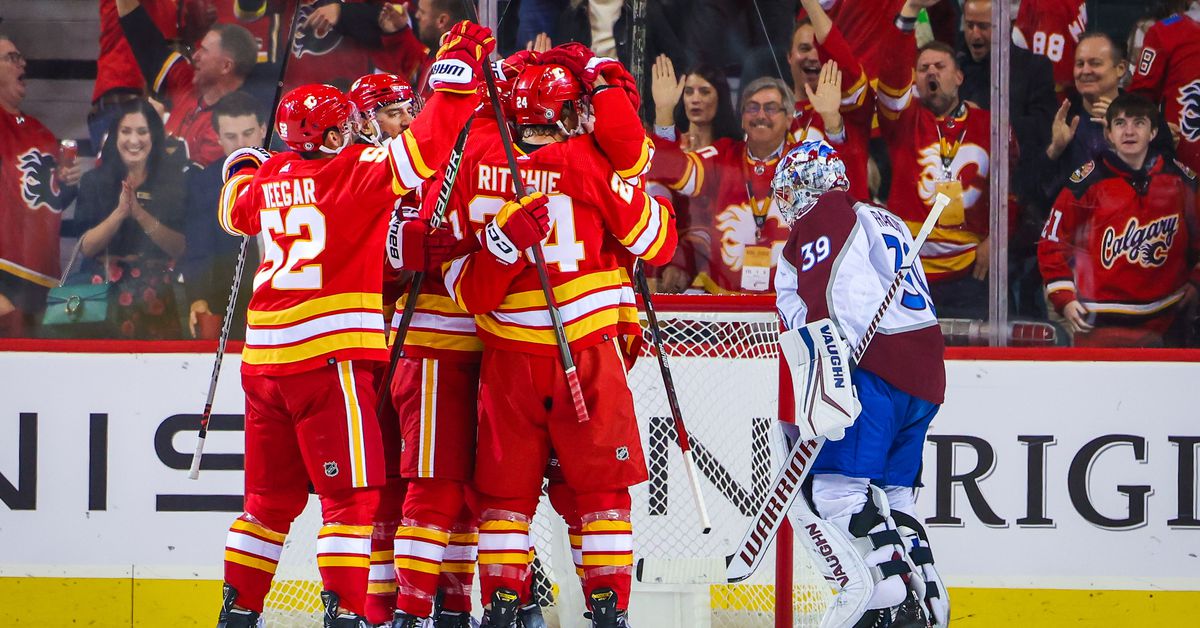 Pundits and tipsters don’t seem to agree on which teams will make the Pacific Division playoffs this season, but most agree it’s a two-horse race for the title.

The staff at ESPN was mainly shared between Calgary flames and the Edmonton Oilersthe Oilers receiving 16 of 29 votes and the Flames 10. The Vegas Golden Knights got two votes from the ESPN crew, while the Los Angeles Kings received one.

Meanwhile, the writers of Sportsnet are evenly split between Edmonton and Calgary. They’re pretty sure it’ll be one or the other at the top of the Pacific when the dust settles.

And our friends at Locked on Sports have the Edmonton Oilers leading the pack, followed by the Calgary Flames, Los Angeles Kings and Vancouver Canucks.

But whether you think it will be Calgary, Edmonton or a dark horse like Vancouver that wins the division, the good news is that it’s a clean slate starting this week.

The Ducks took flight on the post-Ryan Getzlaf era on Wednesday night against the Seattle Kraken. It wasn’t the sweetest of wins, but the Ducks took a 5-4 overtime win.

Troy Terry had two goals and an assist in the match, including the match winner. Meanwhile, first-round rookie pick Mason McTavish had two assists in his NHL debut.

The Ducks hit the road and head to New York to face the Islanders on Saturday.

As a preview of what the Western Conference Finals game could be, the Calgary Flames’ new look started the season against defensemen Stanley Cup Champion Colorado avalanche.

Even without last year’s leading scorers in Matthew Tkachuk and Johnny Gaudreau, the Flames kept pace with the Avalanche and won 5-3 in the end. The Flames’ scoring was evenly split, with four different forwards scoring and Mackenzie Weegar scoring his first two points (both assists) in a Flames uniform.

Calgary now heads to Edmonton for the first round of the Battle of Alberta.

Connor McDavid makes that first bid to win the Art Ross Trophy and possibly the Rocket Richard as well.

McDavid had a hat trick and added an assist Wednesday night as the Oilers edged the Canucks 5-3 to open the season. He also made it a standout night, scoring his 700th career point in less than 500 NHL games.

If there’s one California team likely to make the playoffs in April, it’s the Kings. However, they are not starting off on the right foot.

On Tuesday night, LA had the opportunity to get at least one point against Vegas, when out of nowhere, Mark Stone scored the game-winning goal. With less than 25 seconds left, the Kings couldn’t mount the return. LA lost 4-3, despite excellent goalkeeper Jonathan Quick stopping 47 of the 51 shots he faced.

Things didn’t improve Thursday night, as the Kings couldn’t score after the first period. Alex Iaffalo scored LA’s only goal in the 4-1 loss to the Kraken.

While the Kings weren’t happy with the loss, the Kraken certainly were. The dream trip to California to start the season earned the team three of four possible points.

Seattle dropped the opener of the two-game swing against SoCal against the Ducks 5-4 in overtime on Wednesday night.

Thursday night, the Kraken were back on the ice, this time in Los Angeles. Seattle scored four more but managed to limit the Kings to just one score. The Kraken won 4-1, with our old friend Martin Jones stopping 26 of the 27 shots he faced for the W.

The Canucks’ season didn’t start the way the team wanted. Wednesday’s 5-3 loss to the Oilers was a lackluster performance by starter Thatcher Demko. He made just 24 saves and allowed four goals on the night.

The only bright spot for Vancouver was JT Miller, who scored a goal and added an assist on rookie Andrei Kuzmenko’s first NHL goal. If he keeps production going, he’ll earn more than the seven-year, $56 million contract he signed this summer.

The Golden Knights remain undefeated in this young hockey season. Vegas outshot the Kings 51-30 on Tuesday night to secure a last-minute 4-3 victory in regulation.

Young goaltender Logan Thompson stopped 27 shots for a passable .900 save percentage to secure the victory. It looks like Thompson is the guy Vegas is going to lean on this season with long-term Robin Lehner. The 25-year-old was back in goal Thursday night against the Chicago Blackhawks. This time he stopped all 27 shots he faced for the shutout.

Despite all of Vegas’ offensive firepower, a kid named Paul Cotter was the only one to score in the game.