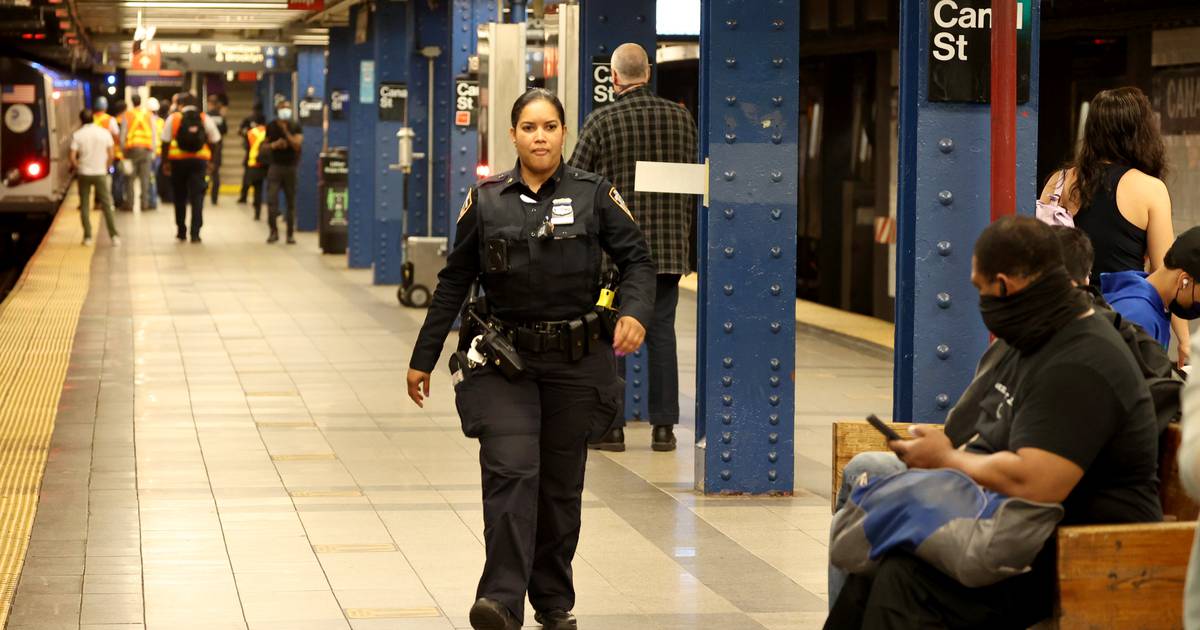 Mayor Adams is touting his decision to backtrack on a plan for solo police patrols in the transit system as a testament to his administration’s flexibility and ability to communicate with the city’s police unions.

“We’re not going to be that rigid,” Adams said Wednesday after an assault on a cop at a Brooklyn subway station caused the mayor to back out of the solo patrol plan the same day it was announced.

Adams and the NYPD designed the solo patrol plan to cover more ground in the transit system and announced Tuesday that patrols had started a day early.

On Tuesday evening, Adams agreed to modify the plan by requiring that at least two officers on patrol remain in sight of each other.

“We’ve come to a real meeting of the minds,” Adams said. “Let the separate solo patrols stay in each other’s eyes.”

The Daily News was first to report the decision on Tuesday evening.

Adams added that the decision showed his ability to engage with police union leaders — an apparent shot at former mayor Bill de Blasio, who had a notoriously bad relationship with police unions.

“There’s something a lot of people are missing – I can speak with my unions,” Adams said.

Days of the week

Find the five best stories of the day every afternoon of the week.

Suspect Alex Eremin – agitated and reeling during his arraignment in Brooklyn Criminal Court on Wednesday night – was sentenced to $50,000 cash on a partially guaranteed $200,000 or $250,000 insurance bond after Judge Laurie Peterson rejected her defense attorney’s offer for a supervised release with mental health support.

A police spokesman said Eremin was smoking a cigarette on the southbound platform when an officer told him to stop; Eremin then threw himself halfway down the platform stairs.

When the cop approached him for help, Eremin dragged the detective down the rest of the stairs and tried to grab his gun during a tug of war that lasted several minutes, cops said.

Eremin, who is homeless, faces charges in two previous confrontations with police in Manhattan this year.

On February 27, he was charged with spitting in the eye of an officer on Eighth Avenue near W. 14th St.; on May 11, he punched his mother at the Union Square subway station, then punched and bit an officer who intervened, according to court documents.

He faced no bail-eligible charges in the spitting incident, and during the May attack his mother argued against him being sent to jail because he has schizophrenia and needs mental health treatment, a source familiar with the matter said. A judge ordered his release on probation.