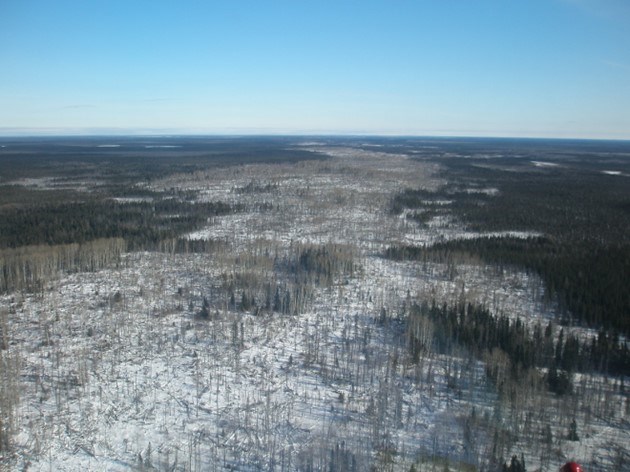 TORONTO – Whether by road or rail, hauling ore out of the Ring of Fire mineral area of ​​northern Ontario won’t be cheap.

The Ontario government is supporting a road link but one of the Ring of Fire stakeholders, KWG Resources, continues to plan a dedicated rail line.

He argues that the environmental impact and operating costs would be lower than using trucks.

Last week, the company released the results of an engineering study by Rail-Veyor Technologies.

He estimates that it would cost US $ 657 (C $ 840 million) to build an electrified tram system designed to transport 10 million tonnes a distance of 338 kilometers to a processing and / or transfer facility near by Nakina.

KWG owns the Black Horse chromite deposit as well as Canada Chrome Corporation, which has staked mining claims along an esker – a ridge of layered sand and gravel – between Aroland and the Ring of Fire.

If the railway project goes ahead, it will follow this path.

KWG also announced that it is in discussions with the newly incorporated The Gitchizibii Company Inc., which is helping to set up a trust for members of the Matawa and Mushkegowuk First Nations.

“The trust is designed to endow the beneficial interests in the infrastructure assets necessary for mining in the Ring of Fire,” KWG said.

There is no construction schedule yet, but the Gitchizibii Company, KWG and CCC are planning to apply for the designation of the proposed tram system for the transportation of ore as a mine work under the Law on Mining. Ontario mines.

This is in preparation for the issuance of a bond issue for construction finance.

Last week, a bidding war between two Australian companies for the Ring of Fire’s largest shareholder – Noront Resources – ended in a victory of Wyloo Resources.