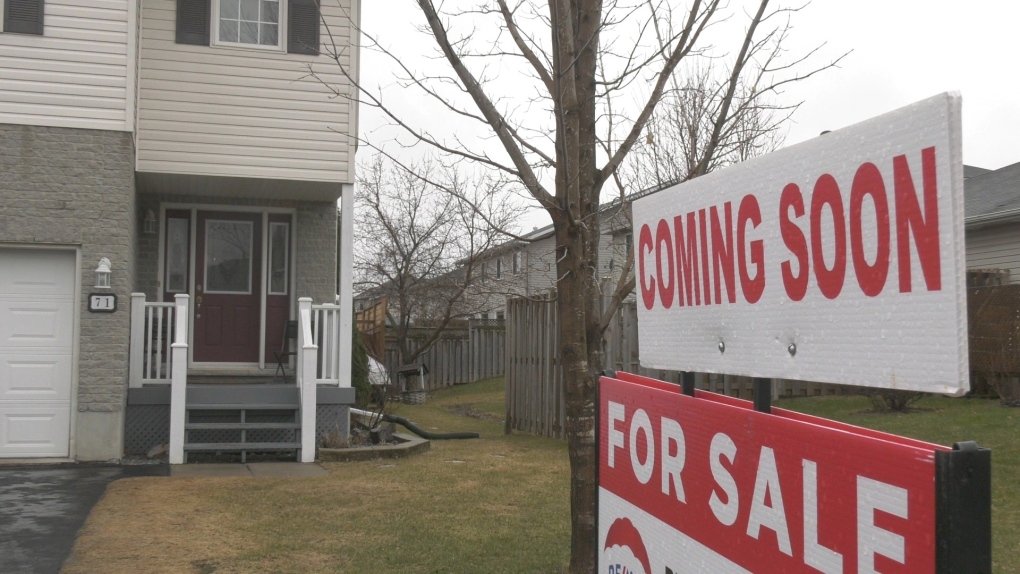 A new report from real estate agency Royal LePage indicates that home prices in Ottawa are up 20 per cent from a year ago.

That means the median price for a single-family detached home has risen to $947,600.

“At this price, you really need to go with a minimum of $70,000 as a simple down payment,” Kyle Miller, mortgage agent at Mortgage Brokers Ottawa, told CTV News.

“I think the biggest challenge here is that you have to have a household income of $190,000.”

But the latest figures paint a picture of the affordability of Ottawa, which has become the third most expensive market in Canada, behind only Vancouver and Toronto.

Royal LePage’s report suggests that steadily rising prices are pushing first-time home buyers out of town and into communities like Almonte, Carleton Place and Arnprior.

“Anywhere they can move to somewhere a little more reasonable – I’ve had so many couples,” says Dianne Gillette, broker at Keller Williams Integrity Realty in Arnprior.

“There are dozens upon dozens of couples trying to find places and it’s just not possible,” she told CTV News. “And then they try to rent because they have nothing to buy.”

One such potential buyer is Gillette’s daughter-in-law, Jenna Hill.

Hill and her husband are currently renting in Kanata. They are trying to buy their first home in Arnprior since 2020.

Gillette says most listings at Arnprior are about $200,000 less than what’s listed in Ottawa, but supply remains the issue with builders still supported by the pandemic.

“They put them on as fast as they can,” says Gillette.

Meanwhile, the Ontario government is introducing new rules in an attempt to eliminate blind bidding, by allowing sellers to hold an open bidding process.

“A new option that would allow buyers and sellers to lay their cards on the table,” said Tim Hudak, CEO of the Ontario Real Estate Association. “Not just the price, but the closing date, the amount of deposit you pay, all of that, and the government agreed.”

For Hill, this change just means they will be able to see how much they are missing.

2022-04-20
Previous Post: “The centralized transformer health monitoring system will be implemented on a war basis”
Next Post: Division emerges among prison committee members as decision nears for new site: The Wake UP for Wednesday, April 20, 2022