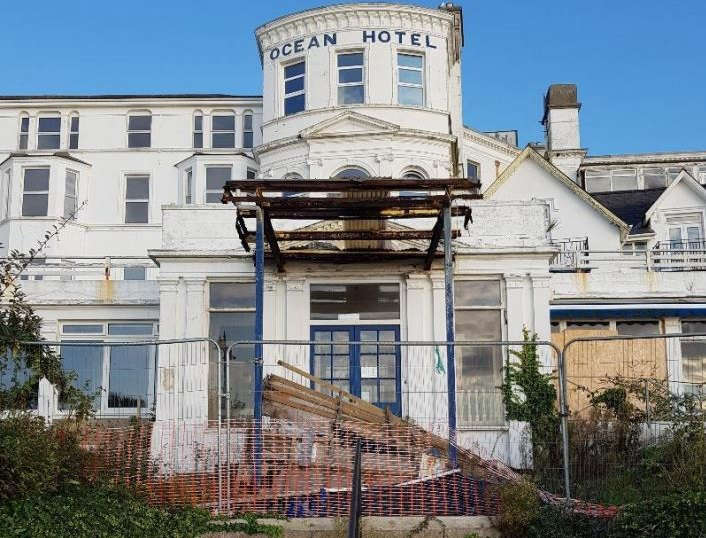 The owners of the derelict Ocean Hotel in Sandown have been told they must clean up the site or risk a criminal offence.

A Community Protection Notice (CPN) has been issued by police, after a previous warning was apparently ignored.

In May, officers asked owners of Phoenix Commercial Property Development (PCPD) to erect a fence, install CCTV and board up windows and doors in an effort to prevent anti-social behavior.

These actions were not carried out, which led to the issuance of a CPN.

This means that work on the site must be completed by July 11. Failure to comply with this instruction will result in criminal prosecution.

“We have put in place Operation Spider which will launch on June 20, 2022 – this operation will provide proactive uniform foot and bicycle patrols in the areas most affected by ASB and criminal behavior in Sandown, Lake, Shanklin and Ventnor.

“Teams of our neighborhood officers will deploy on specific intelligence-led patrols – our goal is to deliver on our commitment to reduce ASB, drug use and violent crime in the bay.

“The operation also allows us to work more closely than ever with the Youth Diversion Services, Juvenile Offender Team, Licensing Teams, Housing, Health and Education to ensure that we prevent the cause of these problems and not just reacting to the symptoms.”

In the meantime, a date has been set for PCPD to appeal a separate council order to clear the site.

The case will now go to a final hearing on August 3.

Police say they ‘continue to engage and support the local authority in its action under Section 215’.