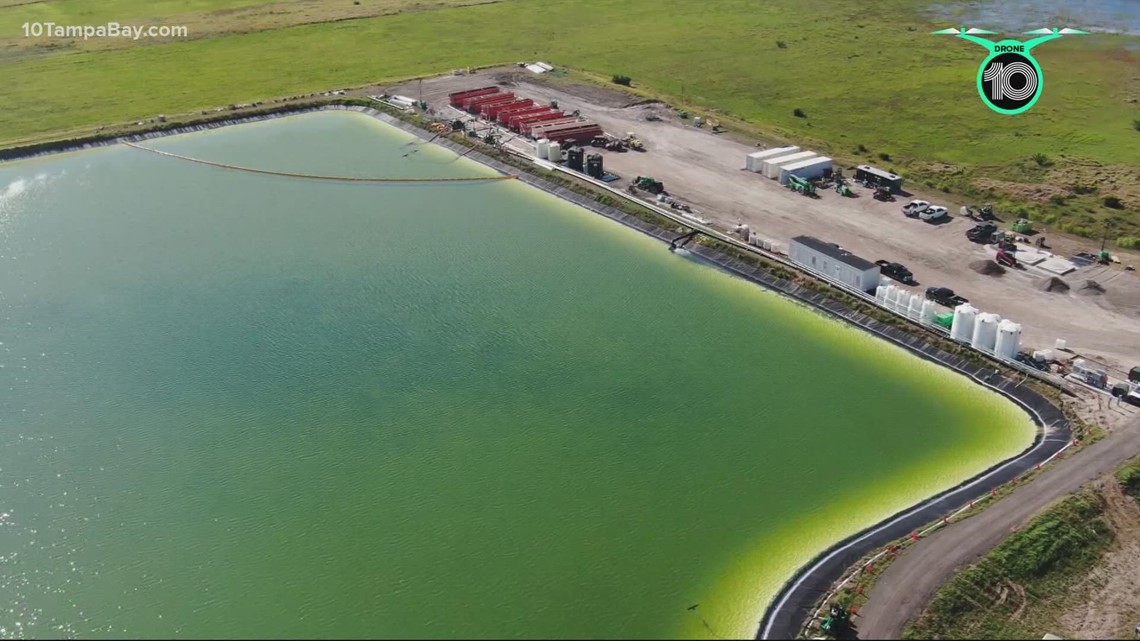 The court-appointed receiver takes offers from potential contractors to close the first compartment.

LAMANATEE COUNTY, Florida — The Florida Department of Environmental Protection revealed on Friday that it had issued an order approving a conceptual closure plan for the former Piney Point phosphate mining facility.

The plan, which can be seen herewould take a phased approach that the DEP said would expedite the eventual closure.

Meanwhile, a DEP spokesperson said the court-appointed receiver continued the procurement process to close the first compartment. Bids from potential contractors are expected this month.

“DEP will continue to exercise its rigorous regulatory oversight of the facility to ensure this is the final chapter in Piney Point’s long history. DEP is committed to working with the Receiver to ensure that progress toward closure is being made as quickly as possible,” the DEP wrote in an email.

The agency has previously said its goal is to ensure it can finally eliminate the “potential threat to the environment and surrounding community” posed by the facility, which made national headlines the year last.

In March 2021, a tear in one of the tanks at the former Piney Point facility raised concerns of a potential collapse. In order to avert a crisis, crews dumped more than 200 million gallons of untreated sewage into Tampa Bay. Florida Governor Ron DeSantis declared a state of emergency, which the DEP said allowed state officials to move resources more quickly and fend off the threat of a ‘catastrophic collapse’ .

People living in the area can view the latest information on the condition of the Piney Point site, including water quality reports, by click here.