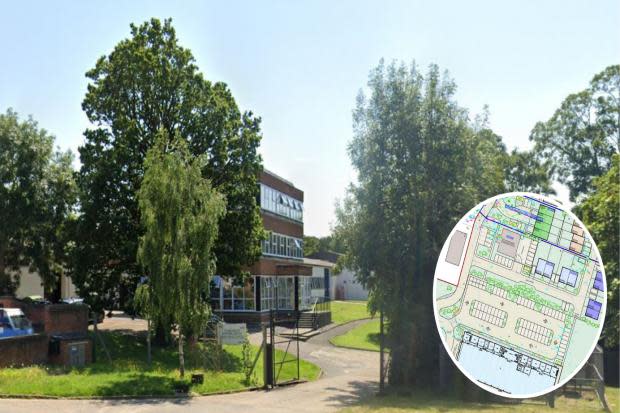 Plan of houses and factory on maps for Binstead site

Plans to REDEVELOP a factory in Binstead are back on the table.

A series of planning apps dating back to 2014 saw the Clark masts factory on Ringwood Road marked for major development.

He would have seen part of the factory demolished to make way for 20 houses.

The planning permission has expired, however, and with some questioning of previous consents, new plans have been unveiled while further applications are determined.

In an application for Isle of Wight CouncilEvergreen Holdings Ltd – the company behind Clark Masts – is seeking permission to demolish part of the existing factory, where eight houses will be built, and add a second, smaller factory building.

Sitemaps of Clark Masts. The box marked in blue is the subject of separate requests. Photo by Holbrook Architectural Services.

Documents submitted with the application show that no jobs would be lost during the redevelopment.

There are currently 50 full-time and one part-time employees.

The new factory building will have updated and modern facilities, according to planning officers BCM on behalf of the company, and continue to provide retail space.

According to BCM, slight changes have been made to previously approved plans with the aim of making the accommodation more attractive to buyers.

Houses built on the brownfields would be two-bed properties, meeting the island’s housing needs for small families and couples.

The Clark Masts site seen from above. Picture by Google Maps.

The positioning, scale and massing would not detract from existing or future resident amenities in terms of privacy, outlook or disturbance, according to BCM.

Although no affordable housing is offered locally, developers are willing to contribute financially to its provision elsewhere.