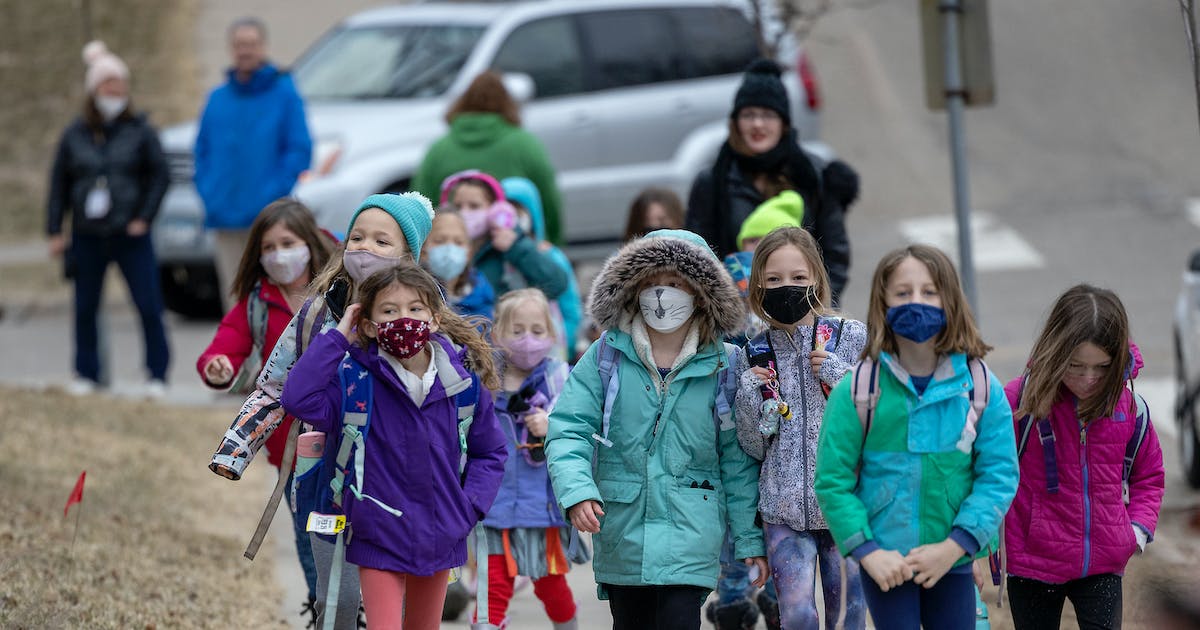 It’s easy to be an armchair quarterback and criticize Gov. Tim Walz for his response to COVID-19 when it was first declared a national health emergency (“Now we see the damage done,” Readers Write, July 23). Anyone can look back and say how it should have been handled differently. More could have been done if our president hadn’t insisted that the numbers were small and played it down. More could have been done if our President had not left it up to each state to source, create bidding wars and drive up costs, turning state against state!

At the start of this pandemic, thousands of people were dying and no one knew for sure what the immediate and long-term threat might pose to our children. Governor Walz was unwilling to gamble with our children’s lives! He did his best with the limited, conflicting and confusing information he had at the time, trying to protect us all. Safety was his top priority. Governor Walz didn’t care about the polls, he cared about the people. He cares about our children. He cares about our lives. He did his best to provide relief to small businesses and help people who were hurting at a time when no one had the benefit of a 20:20 setback. He is my hero. Thank you, Governor Walz, for having courage, integrity, and a calm hand at the helm when we needed it most!

A recent letter writer spoke about the damage done to our students during the COVID shutdown. Let’s step forward and make this moment a turning point in education. Let’s start the next school year with an assessment of each student’s reading, writing, and numeracy skills, then move on to placing them in classrooms where they feel as proficient as the student sitting next to them ( regardless of their age).

In my opinion, the worst thing we can do is put our kids in an environment where they feel “dumb” because I’m afraid they’ll stop trying.

Matt Birk obviously believes that we don’t create our own lives but that we are born into a role: men are workers and women are mothers of children (“Birk backs comments on abortion,” July 21). Period. Marie Curie and the United States. Rep. Liz Cheney be damned.

And while I admire the way Birk has lived his life, unfortunately, he hasn’t learned one of life’s great lessons: Not everyone has to do things the way you do.

And now that he wants to be part of our ruling class, this failure automatically disqualifies him. Why? Birk wants Minnesota women to forget their stupid idea of ​​playing a role in business and politics, and get into their real role of bearing and raising children.

Mr. Birk: Women can walk and chew gum at the same time, as you did yourself, balancing a career while being a good father to your eight (8!) children.

Birk’s understanding of abortion is as simple-minded as his understanding of the role of American women. He does not see abortion as an act of despair but as a psychological tool: “An abortion will not heal the wounds of rape”, he warns us. Well, duh. But no rape victim I’ve heard of has had an abortion to cure their depression. For these victims, abortion has a much more practical purpose: in the case of very young girls, it is to enable them to live a normal adolescent life without the burden of unwanted and forced motherhood.

I’ve followed Birk’s career since he was drafted by the Minnesota Vikings. He worked very hard throughout his career, first earning a spot as a starting center for the Vikings, then becoming an All Pro and eventually winning a Super Bowl with the Baltimore Ravens. That and more has earned my respect.

Throughout that time, he was a model citizen and a great ambassador for the NFL, which is why the league hired him after his retirement. He has done many things to serve the community. Several years ago, he distributed winter coats to needy students through a Coats for Kids program. I’ve watched it. He jumped in, handing out coats and talking with elementary school students.

He is kind, generous and genuine – not at all deserving of the harsh criticism he receives from extremists who want to smear him and prevent him from being elected. Throughout his adult life, he demonstrated a strong character time and time again. Despite seeing other NFL players make horrific choices, like abusing a wife or a girlfriend, Birk showed the same discipline off the court as he did. He never got a woman pregnant and told her to go get an abortion. On the contrary, he was faithful to his wife and helped her raise eight children.

Honestly, we need strong leaders like him. Matt has shown qualities that will make him a good choice for voters.

Thank goodness the Supreme Court has returned the issue of abortion and perhaps other cultural issues to the states and the people.

When the Constitution is silent on specific issues, judges have no basis on which to decide a case. Legitimate judicial review does not include fabulist thinking; the emanations and penumbra do not cut it.

Thus, Roe v. Wade’s 1973 was struck down for the simple reason that the Constitution is silent on the issue of abortion. The 10th Amendment states that matters not directly addressed in the Constitution become the jurisdiction of the states and the people. Our Constitution was built in large part to prevent our national government from becoming an all-powerful and abusive government like the European governments whose founders fled.

So now the issue of abortion will be decided by us, the people, through our elected representatives. Tragic that the political party that once fought for the least and the most forgotten among us has now embraced the banner of killing babies in the womb as its main goal to win elections.

The Supreme Court is unelected and has never been mandated to adjudicate all issues. In America, the people rule, not unelected judges. Roe’s reversal is a welcome return to the proper role and function of the court in our constitutional system. Thank goodness, indeed.

On the character and jurisdiction of Judge Paul Magnuson, I bring a different perspective than that of a July 23 letter writer responding to “Lane given over 2 years in the Floyd case” (July 22) . I was a litigator for 31 years during which time I appeared in state and federal courts before countless judges, including numerous appearances before Judge Magnuson. As a result, I had the privilege, probably not granted to the letter writer, of watching Judge Magnuson conduct numerous hearings and read many of his decisions. When I retired, I reflected on the quality of the judges before whom I appeared and ranked Judge Magnuson as one of the best. It continues to earn that rating.