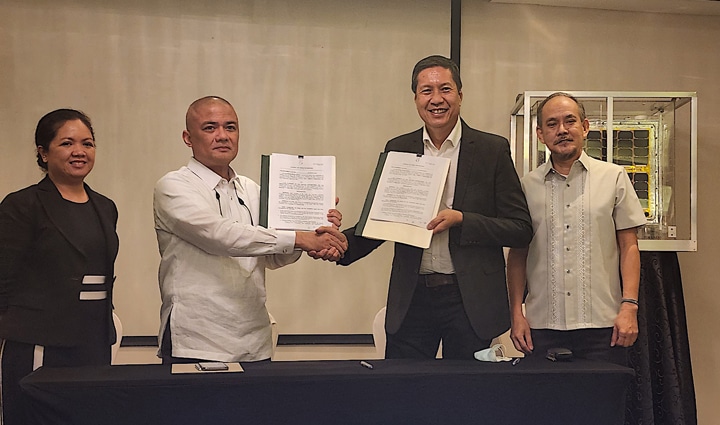 The Philippine Space Agency (PhilSA) will soon have its permanent home with the recent signing of the contract for the comprehensive and sustainable development master plan for the agency’s 30-hectare site in the Clark Special Economic Zone (CSEZ).

A joint venture consisting of TAM Planner Co., PhilKoei Intl Inc. and Nippon Koei LTD. will undertake the project, upon acceptance of their proposal, in the amount of P52,654,504, as the highest rated responsive bid, according to a press release from PhilSA.

The PhilSA Official Site Development (POSD) committee which was organized last March has ensured that the development master plan remains aligned and meets the needs and requirements of the agency in accordance with its mandate, powers and functions.

Visioning and planning workshops between the POSD committee and the project consortium have since started.

The signing of the contract and the workshops were important milestones in fulfilling the provisions of the Philippine Outer Space Act, or Republic Act 11363, which was signed into law in August 2019.

Under Section 17 of the Act, the official site of PhilSA must be located in the CSEZ in the provinces of Pampanga and Tarlac.

The Bases Conversion and Development Authority, as administrator of the CSEZ, has already identified the properties inside the new town of Clark that will be allocated to PhilSA.

The property will include offices, meeting and meeting spaces, research and test laboratories and other structures and facilities necessary for the operation of the country’s space agency.

PhilSA is currently based at the Institute of Electrical and Electronic Engineering at the University of the Philippines in Quezon City. It is working on relocating to another temporary site in Quezon City to house its growing workforce and operations, according to the press release.