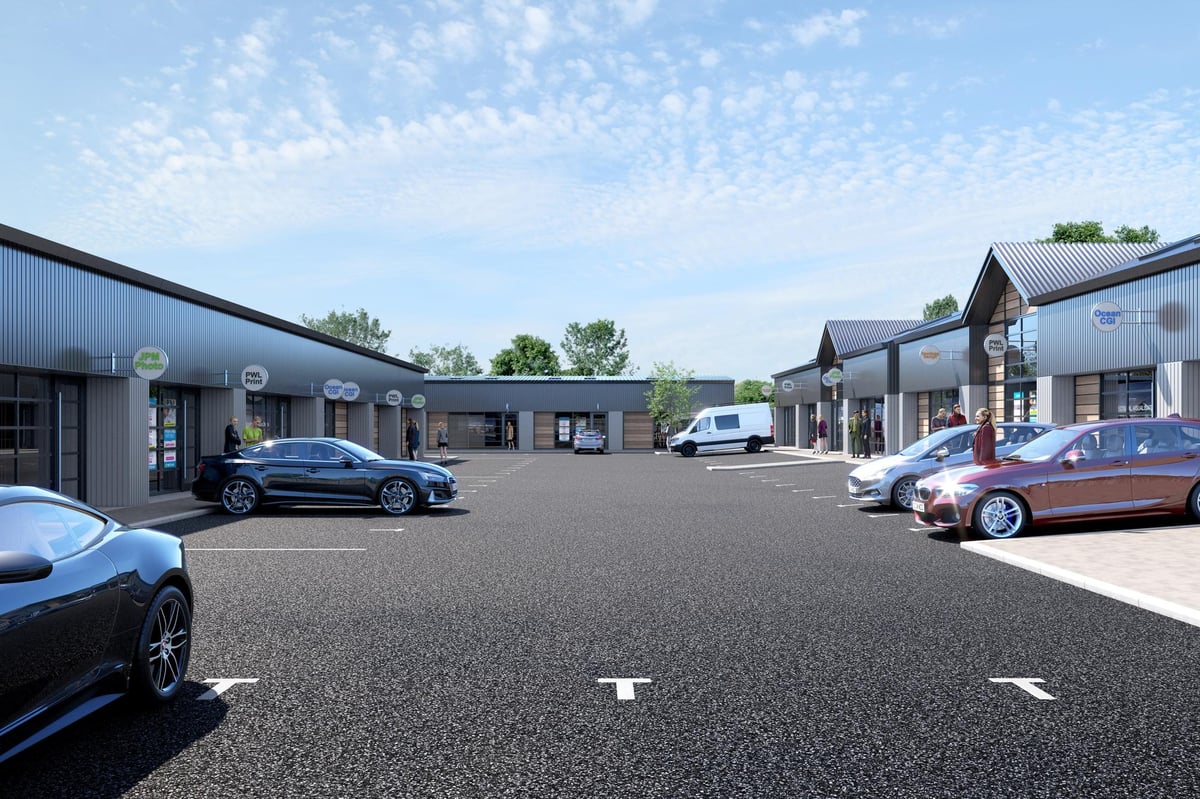 The new facilities will emerge on land to the south of the village of Barton, just off the A6, Garstang Road. The plot – part of a larger area known as Barton Hall – is already occupied by a series of buildings, the majority of which will be demolished to make way for the new project.

The location is classified as open countryside according to the Preston local plan and, although already developed, would not normally be considered suitable for the proposed scale of construction.

However, the plan was recently given the green light by Preston Council’s planning committee, after members learned that permission already existed for the current premises to operate as offices – meaning the applicant could take advantage from this so-called “fallback” position. if councilors refused to approve the proposed modern replacements.

What some of the new Barton Hall offices will look like (image via Preston City Council‘s planning portal (agent: Cassidy + Ashton Group Limited)

“The buildings are in decent condition and … could reopen tomorrow and be used for offices,” Claire Booth, who is in charge of the planning file, told the committee.

She added: “Part of the proposed development is to retain…[a] two-storey building on the site and renovating it – and this building will form a common meeting room for the proposed office units. They also propose to retain a one-story building for storage purposes.

“The proposals… will have no negative impact on the landscape.”

The site – currently partly used by the claimant, Midas Land Limited – was previously used by the Royal Air Force and, in the 1970s, as an air traffic control centre.

Later it was taken over by the government’s Department of Agriculture and under its successor – the Department for Environment, Food and Rural Affairs (DEFRA) – became the main co-ordinating office for the control of foot-and-mouth disease in 2001.

Approved plans will see 38 new single-storey offices created on the land. Equipped with glazed facades, they will be spread over two levels within the site and will be between 42 and 97 square meters.

The site can be accessed from an existing narrow lane and 131 parking spaces will be available after the redevelopment At the request of Lancashire County Council motorways officials, electric car charging stations will be included, while two open-air bus stops on Garstang Road will also be turned into a scare shelter.

County Hall had raised concerns over previous plans for the scheme which would have seen the new units offered for industrial use – putting a question mark over whether the heavy goods vehicles likely to be needed for this purpose could have accessed the site.

Planning committee member Cllr Javed Iqbal asked what would stop the candidate from bidding to build more offices on the surrounding land he owns “in a few years”.

Claire Booth said the fact that the expanded area had never been developed before would mean that “this council’s campaign protection policies would come into effect”.

The committee also learned that a group of trees suffering from ash dieback on the site would be removed during redevelopment and replaced.