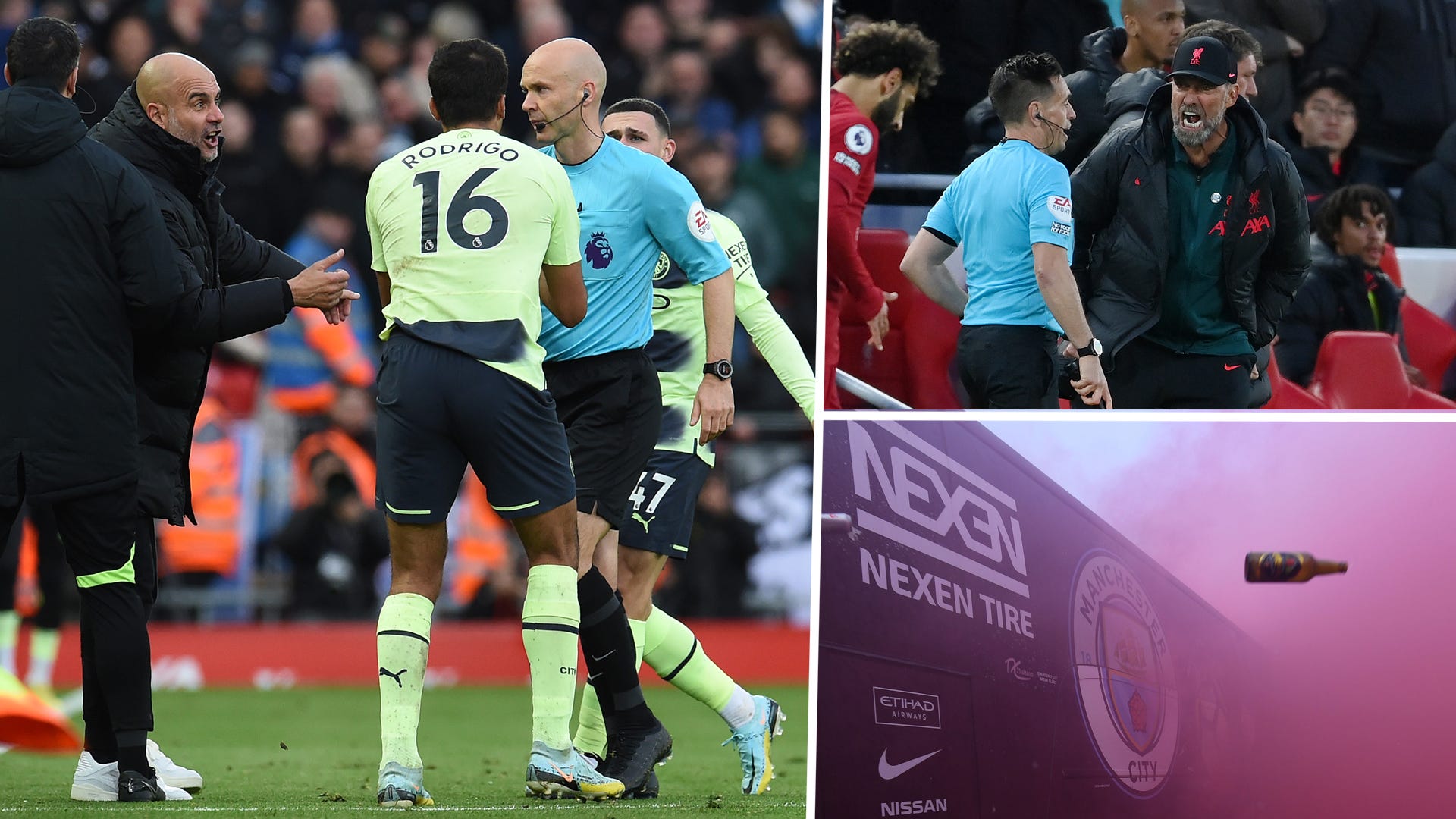 The fallout from a brilliant game at Anfield on Sunday focused not on the players, but on heinous fan behavior and libelous allegations.

First, let’s get some things straight.

Throwing coins at an opposition coach, player or fans is wrong, unacceptable, and anyone found guilty of doing so should face the consequences of their actions.

Similarly, anyone who damaged a team bus, whether with a coin, bottle, rock, or any other missile, is completely irrelevant. It’s not big, it’s not smart, and there’s no justification. No way.

And if these seem like rather useless points to make – I mean, who would ever think has been okay to toss coins or smash windshields at a football game? – then wait to hear the next one.

Singing about human tragedies, events in which dozens of people lost their lives and others spent decades coping with the aftermath, in an effort to score points in athletic competition, is abhorrent . It’s not only disgusting, but weird too. What drives a person to dive into such dark places and seemingly revel in them?

Liverpool’s victory over Manchester City at Anfield on Sunday was, in many ways, the perfect advertisement for Premier League football: a match of intensity, passion and skill, played between two sides who raised the bar in English football in recent years.

It had everything you could wish for; tension, drama, controversy, changes of pace and a plot that kept you going until the end. It was set by a lens of pure, undiluted brilliance, and performed in a frenetic, feverish atmosphere.

And yet, the fallout is not centered on the genius of Mohamed Salah or the return to form of Virgil van Dijk. There was no mention of Erling Haaland, Kevin De Bruyne or Bernardo Silva. There wasn’t even a mention of the referee and VAR – not really, anyway.

Instead, what we have seen is the latest chapter in a ‘rivalry’ that reaches new depths in terms of wickedness and pettiness, and which requires a significant and swift injection of common sense from both clubs. to prevent further escalation.

You will have already seen the headlines. City are rightly unhappy that objects were thrown at manager Pep Guardiola during the game, and say their team coach was damaged on his way out of Anfield. It is also not the first time they have encountered such problems on Merseyside.

As for Liverpool, well, they are “deeply disappointed” by the dastardly chanting that was heard outside during Sunday’s game, and the graffiti that was left in the lobby afterwards. You know what they are and what they relate to.

Liverpool said they would work with the relevant authorities and with Manchester City to ensure action was taken, and also condemned fans who targeted Guardiola and his coaching staff with missiles. Stadium bans are a certainty, if and when the culprits are identified.

Very well too. There is no place in the game for such behavior, and Liverpool are right to publicly condemn it.

The club surprisingly chose not to comment publicly on any of the flashpoints, opting instead to privately suggest to reporters that Klopp’s pre-match comments, in which he compared the two clubs’ financial capabilities and suggested that Liverpool “couldn’t compete”. with City in terms of player recruitment, may have stoked tensions between supporters. 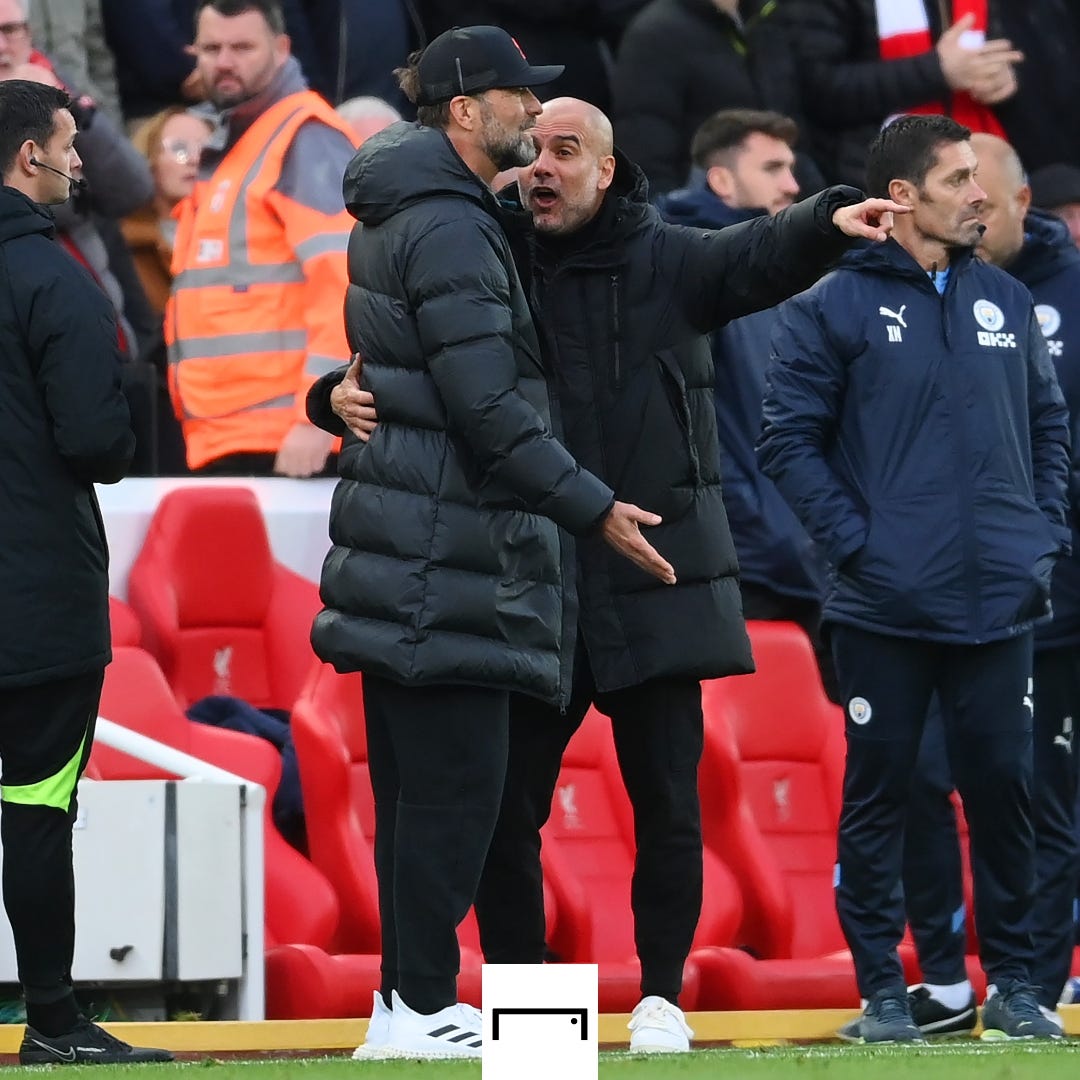 Pathetic, frankly. If City really believe that, then we are in dangerous territory, where any perceived offense against a club offers a green light to the supporters, allowing them to behave as they wish, a defense of “yes, but what about of…” in their back pockets.

Was Klopp to blame, one wonders, in April when City fans – and many of them – broke a minute’s silence in memory of Hillsborough in the FA Cup semi-final at Wembley ? Perhaps it was Guardiola who prompted Liverpool fans to damage City’s bus ahead of the Champions League tie at Anfield in 2018?

No, no and again no. You don’t justify disgusting behavior by pointing fingers at others or pointing the badge at your chest.

Football rivalry is one thing, human decency is another. Why the two can apparently no longer coexist?

There will no doubt be comments in response to this article pointing out past examples of bad behavior by Liverpool fans and Manchester City fans, Manchester United and Everton fans, Arsenal and Chelsea fans. This is the default position these days, it seems: yes, but. They did this, so we do that.

The sad reality is that it’s time for the game and its supporters to start acting like adults. It is time for the chants of Hillsborough, Heysel and Munich to stop. Period. People have died. Lives were taken and many more were changed forever. They were human beings, you are a human being. Act like that.

It’s time for managers and players to show some maturity and hindsight as well. We admire passion and intensity, but when do we also get a little common sense?

Klopp’s red card for berating assistant referee Gary Beswick on Sunday, for example, was both deserved and indefensible, whatever your allegiance. It sets an appalling example, at a time when abuse of referees at grassroots level in England has reached a crisis point. 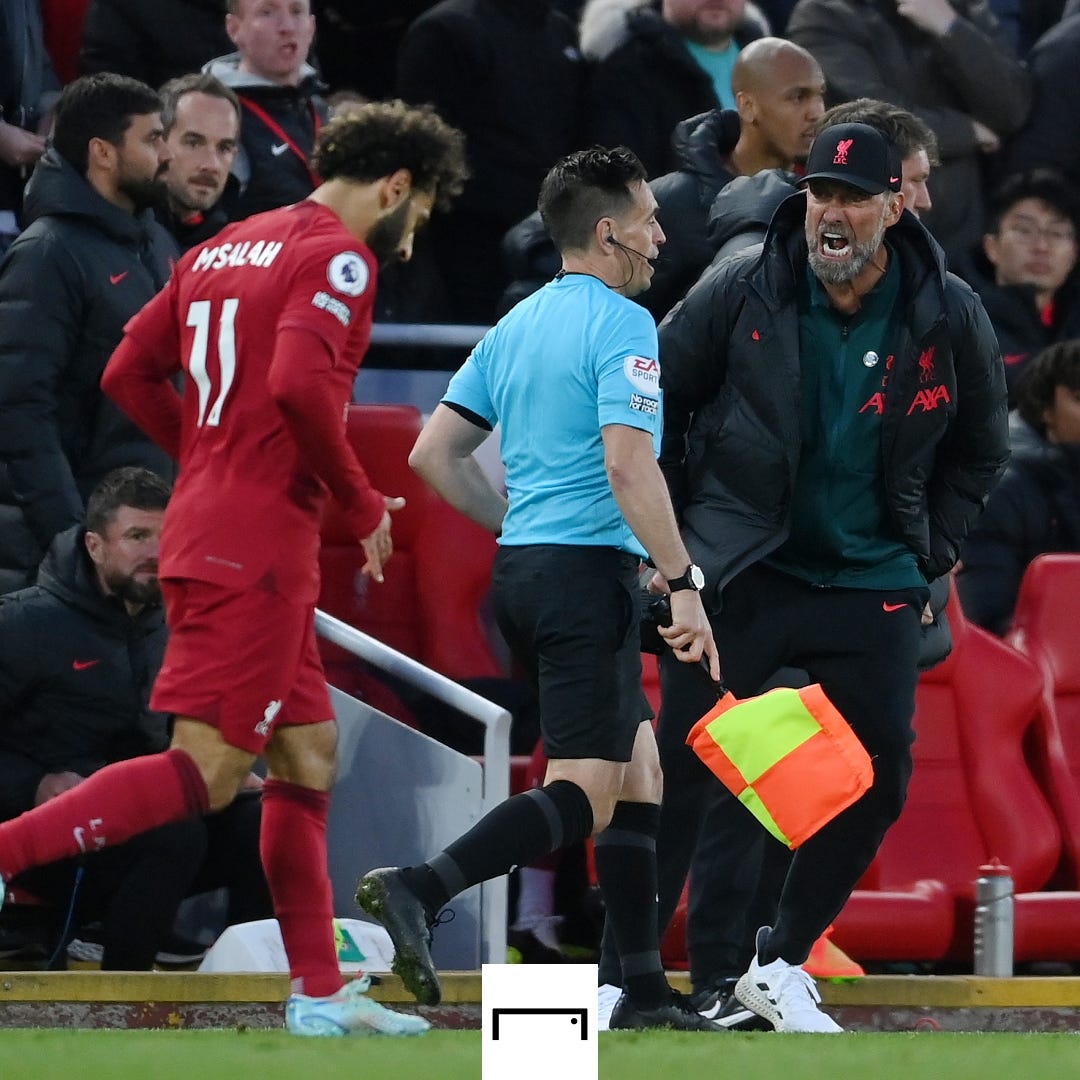 So do Guardiola, who spent part of Sunday taunting fans in the main stand at Anfield, and Mikel Arteta, whose sideline antics are growing increasingly absurd.

The same goes for every manager at every club, in fact. Those who seek to use their post-match interviews, washed clean by their army of loyal and amplified supporters, let’s be honest, by a conniving media, to point fingers at referees and assistants, hijacking and distorting and helping to create animosity and paranoia.

The same goes for every player, at every club, who dives, who “exaggerates contact”, who protests a decision with the behavior of a child deprived of a bedtime treat.

We get it, you care, you have “passion”, but please spare us the bullshit. You are adults.

Ultimately, all of these things, these little “talking points” serve to distract us. From the game itself and the many serious issues it contains.

We focus on chants and coins and press conference quotes as fans fear for their lives in a Champions League final.

The flames of a manufactured rivalry are fanned as a mental health crisis engulfs young footballers. We are crying out about one-sided refereeing and VAR decisions as discrimination and abuse continues around us.

It’s time we all looked at each other.

Because if Sunday’s game proved anything, it’s not that Salah is great or Haaland is human, that Klopp cares and Pep cares, that Liverpool are good and City bad, or vice versa.

It’s that football, as a sport, needs to grow.