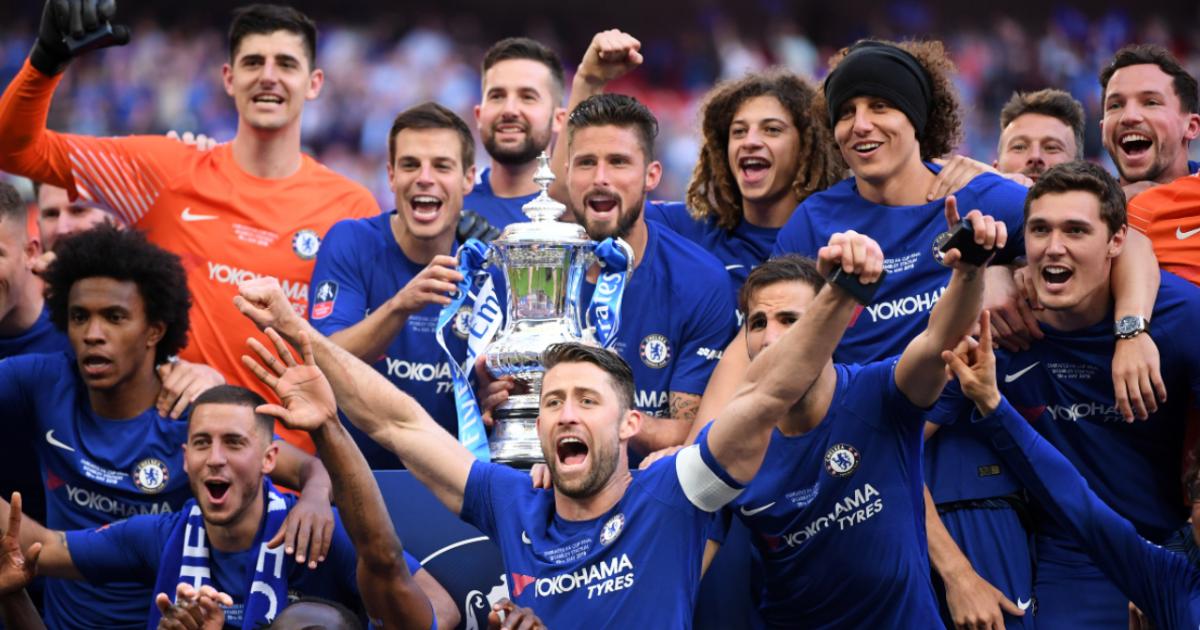 Chelsea are chasing their first and only domestic trophy of the 2021-22 season when they take on Liverpool in the FA Cup final.

While the defending Champions League winners have lifted the UEFA Super Cup and FIFA Club World Cup this season, they have failed at home.

The Blues were beaten in the EFL Cup final by Liverpool in February and have been out of the Premier League title race for some time now.

However, Chelsea are no stranger to FA Cup success and hope the competition can give a difficult season a silver lining.

MORE: What time does the FA Cup final start? Why is the FA Cup kicking off early? TV and Live Stream Details

When was the last time Chelsea won the FA Cup?

Chelsea’s last FA Cup victory dates back to 2018 when they beat Manchester United 1-0 in the final.

Les Bleus, managed by Antonio Conte at the time, scored the game’s only goal via an Eden Hazard penalty after 22 minutes.

Jose Mourinho’s Man United side statistically dominated the game, taking three times as many shots, but failed to force their way past goalkeeper Thibaut Courtois.

Chelsea defender Antonio Rudiger was also a key player on the day and scooped the Man of the Match award.

When was the last time Chelsea made the FA Cup final?

Chelsea are looking to avoid a third straight FA Cup final defeat after making the previous two decisive ones.

In 2021, Leicester City upset the Blues 1-0 with Youri Tielemans scoring the winner after 63 minutes to secure the Foxes their first FA Cup title.

The previous year, Chelsea fell 2-1 to Arsenal in front of empty seats at Wembley, with no crowds allowed due to the COVID-19 pandemic.

Although Christian Pulisic opened the scoring within five minutes, the Blues fell short again after a brace from Pierre-Emerick Aubameyang.

Chelsea have appeared in 16 FA Cup finals to date, winning eight and losing seven of the previous 15.

TWO THUNDEROUS #EmiratesFACup Final goals, but who was better… ⚡️

While Tuchel has led the Blues to two trophies this season on the world stage, he hasn’t been able to make inroads domestically.

Chelsea lost the EFL Cup final to Liverpool on penalties and never looked consistent enough to challenge the Reds or Manchester City for the Premier League title.

With a new owner finally in place, the Stamford Bridge outfit are hoping to end a turbulent season with an important piece of silverware.

An FA Cup win would be a timely boost of confidence for a side that have lost a firm hold on third place in the Premier League in recent weeks.