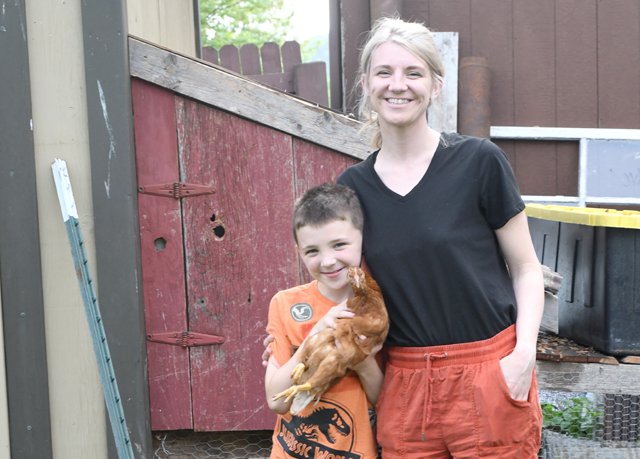 SOLDIERS GROVE – Following a presentation by Bart Nies of Delta-3 Engineering on potential upgrades to the village sewage treatment plant, Soldiers Grove Village Council decided to hold a public hearing on the project. For this reason, the July Board meeting date has been rescheduled to Thursday, July 14.

The ordinance, if passed, would likely define the number of chickens residents could keep, the type of structures and bird maintenance that would be required, and how the ordinance would be enforced.

Bart Nies of Delta-3 Engineering told council that current and upcoming regulations for phosphorus and E. coli, as well as gaps in the sludge storage area, mean the village must continue to upgrade its wastewater treatment plant.

Nies said there are a series of relevant deadlines the village will have to meet by the Wisconsin Department of Natural Resources (WDNR). These include:

• March 31, 2023: the plant’s phosphorus reduction plans and specifications are due,

• April 30, 2025: the plant must comply with the regulations governing the presence of E. coli in effluent

• September 30, 2025: the plant must comply with the regulations governing phosphorus in effluents

“Last fall, our team produced a report on the shortcomings of the village’s sewage treatment plant and formulated a preliminary proposal for a capital improvement plan for the facility,” Nies said. “You could do all the necessary upgrades piecemeal, but if you choose to pursue them all at once, we estimate you could save $35,000 to $40,000 on the project.”

“Your plant capacity is adequate for your current needs, but WDNR will not allow you to design for the lowest average daily throughput – their minimum is 60 gallons per day,” Nies said. “Your current sludge storage area has room for 43,750 gallons, so you’ll also need to add 110,000 gallons of storage.”

“I recommend going for the UV disinfection system because it’s much more effective,” Nies said.

Nies said that to meet phosphorus in effluent regulations, the village has three options.

The first option would be to continue with the current system, which he said “is not allowed”.

The second option would be a filtration system with chemicals. He said the system is basically a big filter to which chemicals are added to precipitate phosphorus. Nies said these types of systems are very expensive.

The third option would be “biological phosphorus removal” combined with the pursuit of “water quality trading” credits through upstream shoreline improvement projects.

He said this option would allow the village to continue to use the existing aerated reservoir area, but change it from coarse air to fine air. He said the first of the two tanks would be baffled and be anaerobic (without air). The second tank would be aerated.

“We will have to carry out a study to see if this type of system will work for the village sewers,” Nies said. “If it works, this system will reduce the phosphorus in your effluent from 3.5 milligrams per liter (mg/L) to 1.0 mg/L, but it still won’t get you down to the 0.1 standard. mg/L. .”

Nies said to go from 1.0 mg/L to 0.1 mg/L, the best option for the village is to seek commercial water quality credits through upstream riverbank restoration projects. . He said a quick preliminary calculation indicates that shoreline restoration projects should reduce shoreline erosion, which contributes phosphorus to the water, by about 47 pounds per year. This would mean that the village would need 94 water quality trading credits.

Nies said his team estimated the cost of the project at around $3.9 million, without a grant. He said last year the project would have cost $3.5 million and the previous engineering consultant estimated it at $4 million in 2018.

“Over the next five years, the funds available for projects like this in the WDNR Clean Water Fund are expected to be increased by $48 million per year,” Nies said. “About half of these additional funds are intended to be distributed as grants – about $24 million. But we also hear that smaller rural communities are likely to be prioritized for funding, and that grant/loan percentages could be more favorable than the standard 50/50.

Nies said these additional funds are being made available following the passage of the federal Bipartisan Infrastructure Act.

“If the stars align and you receive both a Clean Water Fund grant and loan, and possibly a Community Development Block Grant as well, the village may not have to pay only 25% of the total project cost, or approximately $1 million. “, Nies said. “Your share could be paid through a loan from the Clean Water Fund, which is a 20-year fixed rate loan at a very favorable interest rate.

Nies said that currently the interest rate on loans from the WDNR Clean Water Fund is 2.04%.

The board voted to approve the draft installation plan provided by Delta-3 Engineering and to schedule a public hearing on the proposed project for July 14, followed by a board meeting where the board could vote to contract with Delta-3 to move forward. the project.

In other cases counsel:

• voted to pay JI Construction LLC the final billed amounts for the just-completed sewer system upgrade project, based on when the construction tally list items are completed and Delta-3’s receipt of the Contractor’s final waivers of lien. Nies told the board that despite some unforeseen costs in the project, he was still about $75,000 under budget.

• heard a proposal from Delta-3 Engineering to extend sanitary sewer lines into the village during the Highway 131 construction project, currently scheduled for 2025. The lines would be extended from the bridge over the Kickapoo River and along from Route 131 to the County Shop. Should the council decide to proceed with this project, a public hearing would be held prior to approval and plans for the project should be submitted to the Wisconsin Department of Transportation by November 2023.