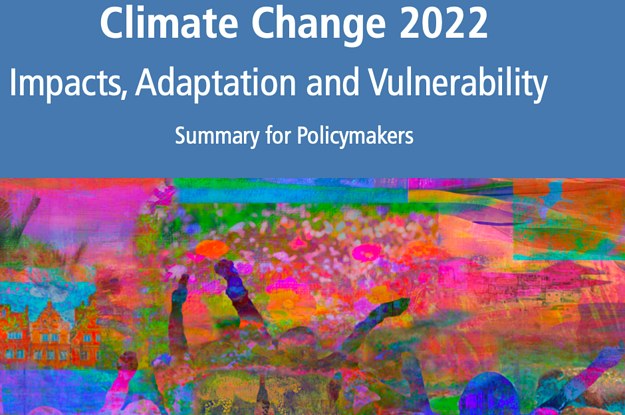 Time is running out ‘to ensure a viable and sustainable future’, warn climate scientists

The planet has already warmed by 1.1 degrees Celsius above pre-industrial levels, and the associated climate impacts are already worse than scientists predicted, even as recently as 2014, when the previous fifth report of evaluation has been published.

It was “one of the most striking findings of our report,” said Camille Parmesan of the University of Texas at Austin, lead author of the report, during a briefing for reporters. She then listed some things that have already happened but were not predicted for current levels of warming: diseases appearing in new regions, such as forests in North America; the first species extinctions due to climate change; and the massive mortality of trees and animals with droughts and heat waves.

And the impacts felt today have major implications for what could happen in the future with warming exceeding 1.5 or 2 degrees Celsius (2.7 to 3.6 degrees Fahrenheit), the temperature goals of the Paris climate agreement that each country signed in 2016 with the intention of warding off the most catastrophic impacts of the crisis.

Even temporarily exceeding these temperature thresholds, Parmesan said, increases “the risk of irreversible impacts, such as species extinction.”

It is not only plants and animals that bear the brunt of today’s climate impacts, but also humanity. For example, people are getting sick and dying even during episodes of extreme heat, according to the report, and there are increasing numbers of people suffering from crisis-related mental health issues.

Then there are the growing climate impacts on our food. “The impacts of climate change are already emphasizing agriculture, forestry, fisheries and aquaculture, particularly in low and mid-latitudes, but there is considerable evidence of impacts being felt in North America” , said Rachel Bezner Kerr of Cornell University, who was a co-author. on a chapter on food systems in the main report.

The report includes region-specific chapters, with North America addressing climate science denial: “Our assessment for North America, and particularly the United States, indicates that the management of these risks has become more urgent due to delays in climate action due to misinformation.” on the science of climate change that has led to growing uncertainty and slowed recognition of risk,” said Sherilee Harper of the University of Alberta, author of the chapter.

In response to the new assessment, the US President’s special climate envoy John Kerry said, “Denial and delay are not strategies, they are a recipe for disaster. Fortunately, we have an action plan. The world’s best scientists have shown us that we need to accelerate adaptation action, urgently and at scale.