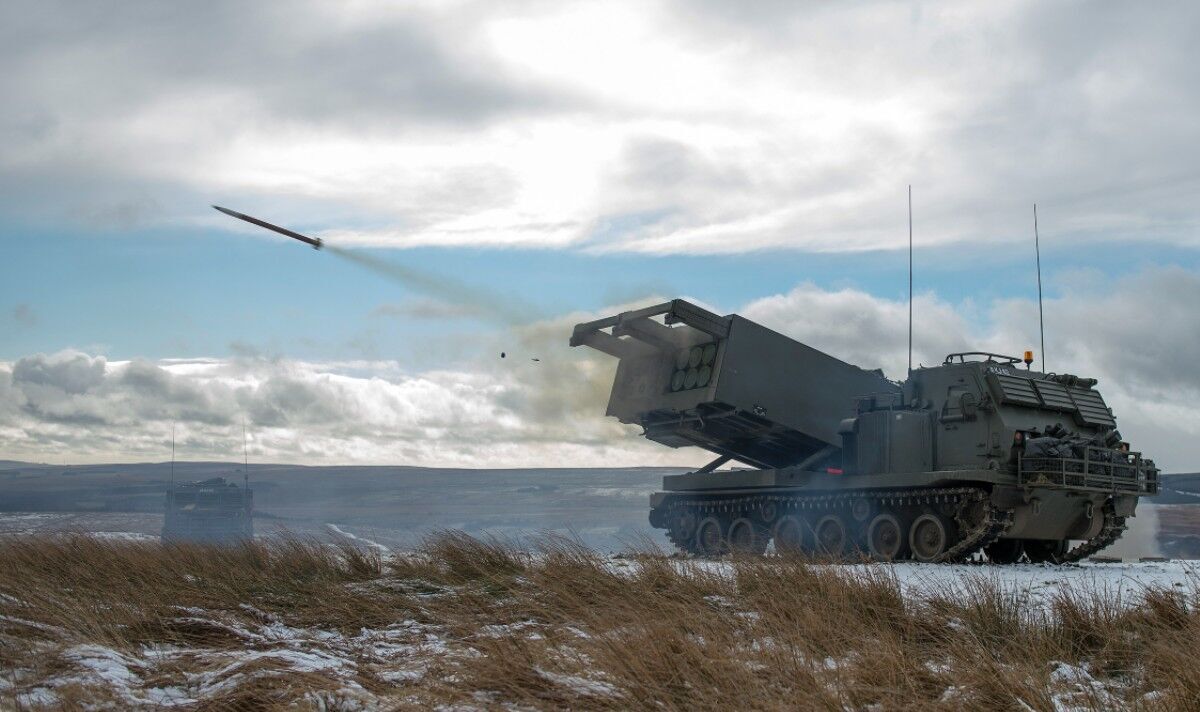 The British Defense Secretary has announced that the UK will supply Multiple Launch Rocket Systems (MLRS) to Ukraine to “help the country defend itself against Russian aggression”. The MoD said the artillery system is a “state-of-the-art M270 weapon system” because it can hit targets up to 80 km away with “extreme accuracy”.

According to the Defense Ministry, the weapon will provide a “significant increase” in the capability of Ukrainian forces.

In an announcement, the MoD said the UK’s decision to supply Ukraine with the rocket system “has been closely coordinated with the US decision to offer the HIMARS (High Mobility Artillery Rocket System) variant. of the MLRS”.

Alongside the weapon system, the UK will also supply M31A1 ammunition on a large scale.

It comes as Ukrainian President Volodymyr Zelensky has been asking the West for longer-range precision weapons in recent weeks.

The need for weapons stems from the fact that Russian heavy artillery is being used against the country in the eastern region of Donbass, with devastating effect.

In a statement, Defense Secretary Ben Wallace expressed UK support for Ukraine as the country defends itself against Russian invasion.

Mr Wallace said: “The UK stands with Ukraine in this fight and is playing a leading role in providing its heroic troops with the vital weapons they need to defend their country against invasion. unprovoked.

“If the international community continues to provide support, I think Ukraine can win.”

He added: “As Russia’s tactics change, our support for Ukraine must also change.

“These high-performance multiple launch rocket systems will better protect our Ukrainian friends against the brutal use of long-range artillery, which Putin’s forces have used indiscriminately to raze cities.”

The UK MoD said Ukrainian troops will be trained in the use of the launchers in the UK, so they can “maximize the effectiveness of the systems”.

Britain has previously announced that Ukrainian personnel will be trained to use a variety of armored vehicles donated by the UK, including Mastiffs, Huskys and Wolfhounds.

The UK was the first European country to provide lethal aid to Ukraine and has since supplied thousands of anti-tank missiles, anti-aircraft systems and armored vehicles to Ukrainian forces.

Britain has also coordinated international military aid donations, with RAF planes delivering thousands of tonnes of military aid from donors around the world to Ukraine.

The MoD said: “The UK will continue to provide assistance to ensure Ukraine has what it needs to defend against brutal Russian aggression.”

Earlier in the day, Putin sent a chilling warning to the West that Russia would strike new targets if longer-range missiles were supplied to Ukraine.

TASS news agency quoted the Russian leader as saying that if such missiles are delivered, “we will hit the targets we haven’t hit yet.”

Putin did not name the targets Russia planned to pursue if Western countries started supplying Ukraine with longer-range missiles. He said the “huge” over Western arms supplies to Ukraine was intended to prolong the conflict.

US President Joe Biden also this week announced plans to equip Ukraine with precision HIMARS rocket systems after receiving assurances from Kyiv that it would not use them to hit targets inside Russia. .

Although Russian officials have warned that the US decision to supply Ukraine with advanced rocket systems could exacerbate the conflict, Putin said it would not lead to any fundamental change on the battlefield.

He said: “We understand that this supply (of advanced rocket systems) from the United States and certain other countries is intended to compensate for the losses of this military equipment.

“It’s not new. It doesn’t change anything fundamentally.”

2022-06-05
Previous Post: Site approved Preston village office park which has been a foot and mouth disease response center and air traffic control base
Next Post: Best TV Shows 2022 So Far